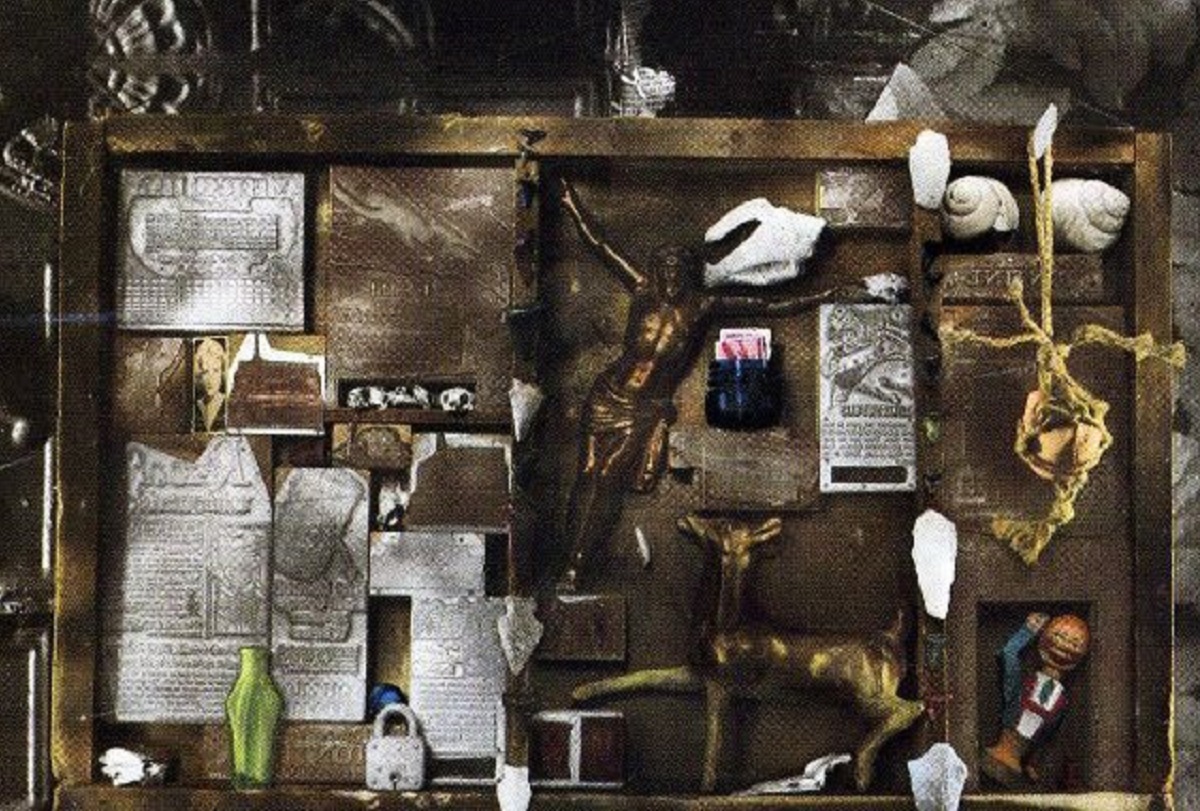 When Bob Mould instructed his lawyer George Regis to send a letter of resignation to Warner Bros. on 28th of January 1988, stating his intention to resign from Husker Du, he brought an end to what I believe to be indisputably the greatest band of all time.

The last few turbulent years of the band, which included bitter personal turmoil, the suicide of manager David Savoy, and Grant Hart’s spiralling heroin addiction and erroneous HIV+ diagnosis, had taken its toll on him, as it had all three members of the band, and Mould upped sticks to a remote farmhouse in Pine City, Minnesota where he spent his time feeding his chickens, riding a tractor and watching wrestling on TV with his then-partner, Mike.

Unsure of the direction both his life and career would take, he tentatively began working on demos.

Most of what he initially recorded was unfocussed and never saw the light of day. A pivotal moment, along with the purchase of a twelve-string acoustic guitar a few months earlier, was a trip to a music shop in the town of Forest Lake, where he picked up a blue Stratocaster which, together with the twelve string, opened up a whole new world of sound.

Having been reliant for so long on the distinctive humbucker sound of his Ibanez Flying V guitar, the multiple settings of the Strat opened up a new array of possibilities. He hunkered down, and began frantically composing pivotal tracks for what would eventually become his first solo album.

As well as the new instrumentation, the rural environment seemingly influenced the direction of these new songs. Far from the electric wall of sound for which Husker Du had been famous, the new songs began to take on a less structured, almost Celtic feel.

Whether it was the new guitars, the rural setting, a need to prove himself after the implosion of Husker Du, or a combination of all three, an impetus was provided, and by the time he had finished writing, Mould had around forty new songs to choose from.

With interest growing from many major labels, including Warner, Bob began to develop the songs with former Golden Palominos’ drummer Anton Feir, and Pere Ubu bassist Tony Maimome in Prince’s Paisley Park studio, before moving to a studio near Woodstock, New Yok, to finish recording.

It was at this point in the process that Mould made the best decision of the recording process; enlisting the services of cellist Jane Scarpantoni, who had recently worked with R.E.M. and would go on to find a wider audience on Nirvana’s unplugged performance and album.

Never one to rest on his laurels, Mould’s new musical direction had only been hinted at during his time in Husker Du.

Candy Apple Grey contained the acoustic, contemplative Too Far Down and Hardly Getting Over It, while swansong double-album Warehouse: Songs And Stories had tracks like No Reservations and It’s Not Peculiar that suggested Bob was beginning to move away from the power-chord based songs that had largely been his trademark, but neither of these albums really prepared anyone for a seismic shift in tone.

While many artists would happily tread water or play safe at the critical juncture in their career, Mould was determined to do something different, and the opening track, the instrumental Sunspots, was a case in point. The first time Mould had ever been heard playing fingerpicking guitar, it was a brave intro to the new Bob.

From there we’re straight into Wishing Well, an acoustic-driven folk-rock track with a big, open chorus and a searing guitar solo that sets the tone brilliantly.

Following this we have two songs that can easily be argued as being two of the very best songs Bob Mould has ever written; Heartbreak A Stranger and See A Little Light, (and not just because I used to sing them to my kids at bedtime).

Never blessed with the greatest technical voice, Mould’s vocals have never been better than they are on Heartbreak.., the vocals are soft, almost whispered, building up to the ‘if anybody could read my mind’ segments.

He stretched his vocal stylings further with the beautifully layered harmonies, some of which are low and restrained, some of which are plaintive, almost yodelled. It’s an incredible piece of music, one that, along with Sunspots, truly lays bare the essence of the album.

I realise this will sound sacrilegious to many, but in terms of sheer, melodic beauty, I honestly believe this song is the equal of The Beach Boys God Only Knows or Leonard Cohen’s Suzanne, and transcends any reductive genre-labels such as punk, indie, alternative-rock or even folk rock that could previously have been applied to Mould’s work, and marks the point where, if he hadn’t already, he truly entered the pantheon of the great American singer-songwriters.

No less joyful is the next track, See A Little Light, a song that makes perfect use of the multiple settings afforded by that new Strat, all jangly guitars and soaring vocals.

The song became one of Mould’s most popular singles, and remains a staple of his live sets, also providing the title for both the Carnegie Hall Bob Mould tribute show, and his recent autobiography.

Things take a somewhat darker turn on Poison Years, with lyrics largely interpreted at the time to be aimed at former bandmate Grant Hart, if so, they’re pretty vicious…

“Poison thoughts in my mind.  got to free myself from this bind, I know I’m a reasoning guy. In an act like Jesus Christ. stare into the sun. You don’t see eye to eye with anyone.”

If they were indeed about Hart, then these lyrics set the tone for a frosty relationship which endured for many years, only eventually thawing a couple of years before Hart’s tragic death in 2017.

The similarity in sound and tone to Richard Thompson was unavoidable, yet Mould claims, extraordinarily, that he had never even heard of Thompson until he played the demos to Dave Pirner of Soul Asylum, who then lent him Thompson’s Shoot Out The Lights album.

He recognised the striking similarity, but quite rightly didn’t consider for a moment changing direction. Unsurprisingly, Mould became a huge fan, and would go on to cover Thompson’s Shoot Out The Lights on the Workbook tour.

As with Thompson’s, Mould’s guitar playing on Workbook was a joy to behold; intricate, delicate, precise and verging on the baroque, with some occasional ferocious soloing. Scarpantoni’s cello added a new depth to the work.

Closing with Sinners and Their Repentances, side one alone of the new album would be enough to secure it classic album status, but the brilliance rarely lets up on side two, from the delicate and pastoral Brasilia Crossed With Trenton, through to the searing Whichever Way The Wind Blows, a track which shows that, while depth and texture were the order of the day on this album, Bob was certainly not adverse to cranking the amps up to eleven.

It’s an emotional album, euphoric one minute, cathartic the next, but completely distinct and cohesive.

What always set and Husker Du apart, other than their innate greatness, was a refusal to be governed by the rules of any genre or scene, and to fight against the limitations of any such scene, whether it was wearing a love of The Beatles and 60’s pop on their sleeve when playing to Mohican-sporting hardcore punks, or recording double albums at a time when having songs longer than ninety seconds made you look like an indulgent prog band, or going their own way and signing to a major label when such a move was seen as heretical.

Upon the dissolution of the band, Bob Mould continued this singular artistic integrity and, when he could have been forgiven for staying with Warner Bros. and making the same kind of music he was already known for, and probably being reasonably successful with it, he left the label and set out on a road of discovery, one on which he challenged his fans to follow him.

This was not needless artistic obstreperousness, this was just another example of a man following his instincts, being true to them, and once again delivering for his ferociously loyal fans.

In a career spanning four decades, picking a definitive best Bob Mould album is always likely to be futile, but Workbook must always be at the forefront of any debate, and has as strong a claim to any such title as most.

Coming from a man who has produced such timeless classic albums as Zen Arcade, Flip Your Wig and Copper Blue, that Workbook comfortably stands alongside, or maybe even ahead of, such classics, is probably the greatest compliment one can pay it.