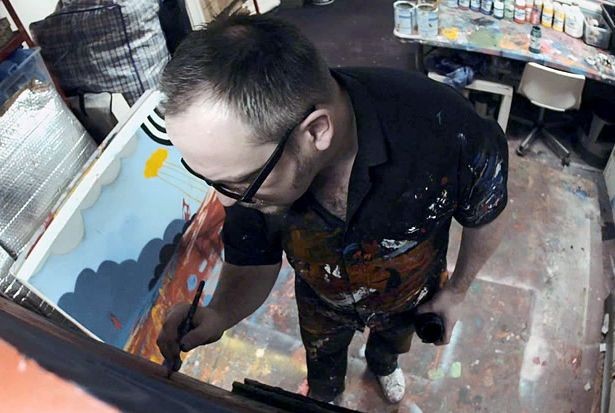 In an interview with artist Nathan Pendlebury on his recent Jake Bugg commission, Getintothis’ Janaya Pickett ponders the concept of album art.

The relationships between music, art, literature and fashion have always been intimate ones. They inform and influence one another fluidly and visual art and music go hand in hand. On stage and in print musicians use visual spectacle to further express their raison d’etre. Album art can therefore be a visual representation of sound or a signifier to a purchaser to what’s on offer if they listen.

The history of album art really began in the late 1930s when Columbia Records hired Edward Steinweiss as their art director. Although there had been records with sleeve art prior to Steinweiss, it was he who really championed the validity of it as an art in itself. When the record industry really began to boom, cover art took on a life of its own as the commodification of music dictated the music fans needed something to actually possess.

Some have argued that it was The Beatles who changed this (no, we’re not just saying that because we’re scouse). The Beatles were amongst the first bands to bridge the gap between high and low brow art in the form of the album cover.

From Beatle’s For Sale onward they began to produce album covers that were increasingly intellectual as well as adding market value. This tendency reached it zenith when Pop artist Peter Blake was commissioned to create the cover for their 1967 album Sgt Pepper’s Lonely Hearts Club Band – one of the most iconic album covers in music history.

Nowadays the album cover is a well oiled part of the marketing machine. Music and the art blend to make a grander statement. A contemporary case in point being Beyonce who in April released her second ‘visual album’ Lemonade.

We spoke to Liverpool based artist Nathan Pendlebury about his recent commission for Jake Bugg‘s latest album On My One and the relationship between music and art.

Nathan has been based in Liverpool for many years creating and exhibiting his work. He says “there’s a fundamental need … to create a bridge for which words can’t be found”.

What he means can also apply to thinkers, writers, painters, bakers, tinkers, tailors etc … The creative, whatever their ilk, finds their practice and moves forward with it, documenting the human experience, trying to express the inexpressible. 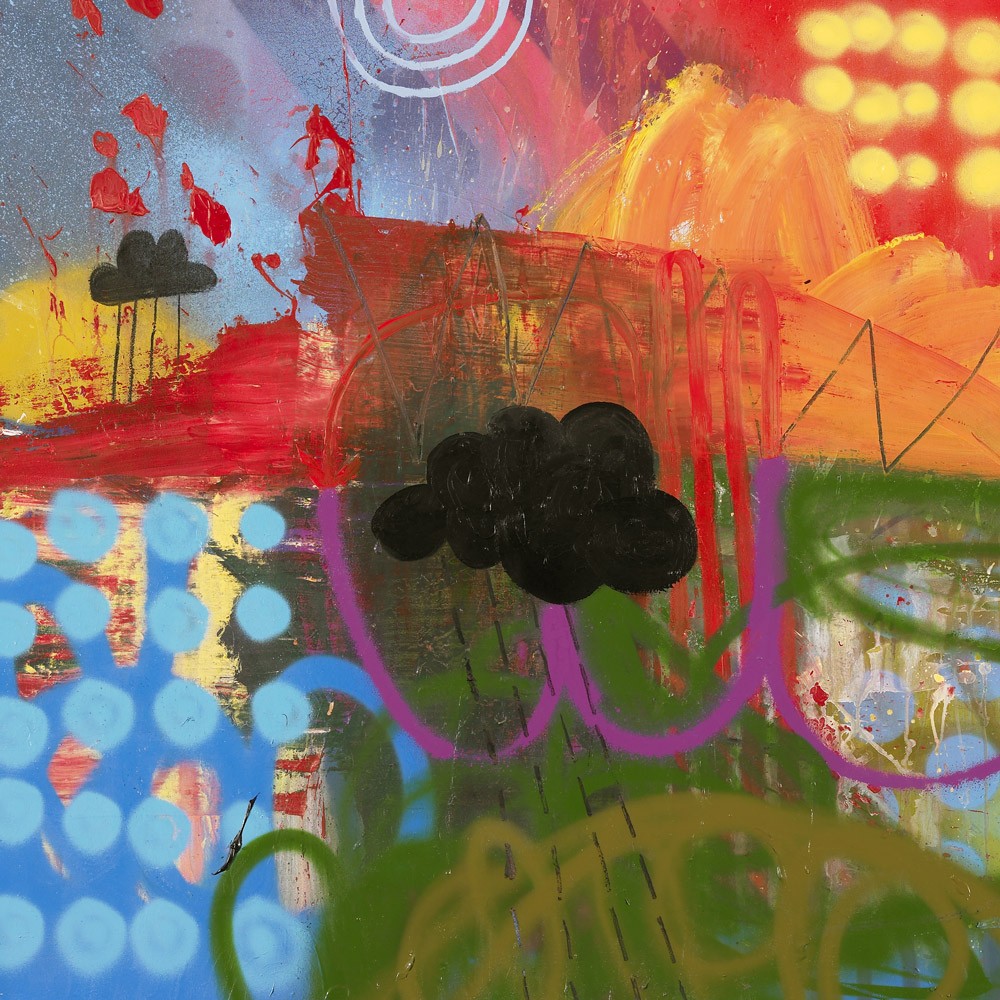 Fields of Green 2 by Nathan Pendlebury

Nathan‘s paintings are a riot of bright colour and abstraction, but still accessible and inspired by day to day experiences. One can clearly see the comparisons with Bugg‘s personal – being one of the industries ‘bright young things‘. His journey is a story that we easily fall for: of the working class lad escaping the council estate on on the back of his god given talent.

We asked Nathan how this pairing came about. “I was chosen by Jake from a selection of artists put together by London Creative agency Stylorouge, feeling that my work was right for the album. Jake and I then met, and he chose Fields of Green 2 [named after the Tom Waits song that he listened to while painting it]as the album cover.

“In addition, he commissioned two further paintings for the inside cover. The meeting and paintings were documented in videos which can be viewed on Jake‘s website and Facebook page”.

We found it interesting that the Fields of Green 2 was created separately from the On My One rather than as part of it but fitting that it was named after a song. “I often take titles from the music I love” Nathan says. And what music is that, we wonder? “Personally I’m a big fan of funk, jazz, lounge, latin, but so much more. My favourite bands include Corduroy, Calibro 35, Dizzy Gillespie, Beck, Sergio Mendes & The Brazil 66,  Nina Simone, Ennio Morricone…
“I think a singer/songwriter searches for his or her writing in the same way and same place some painters try to find that creative unconscious where inspiration comes from.  And If you are too conscious of what you are doing then inspiration can become stunted“.
So the two are one and the same thing, in a sense. Although the tools used are different, creating a visual piece of art and a piece of music are about the same thing – they are methods we use to demonstrate our progress as a specie. Attempts to capture it in new ways, other languages, if you like. The same could be said for fashion, literature and any other activity that falls under the culture banner.
“I’ve always painted square paintings as a homage to the music scene, being such a lover of music it was a way of me putting something I love into my work. I always dreamt of having my work on an album cover. I’d love to work with other musicians in the future.
“This has been my best and most enjoyable commission to date”. This is a big a music fan as any and combining art and music is something that seems to comes natural to him. Why is it, does he think, that that cover art is such an important part of the album experience?
“It’s the first thing the buyer sees, and what you look at while you listen to the music. People also relate much more easily to the image than the written, but the imagery must also fit the musician’s vision“
The way we consume music has changed almost entirely in the last 20 years and the amount of people buying physical copies has plummeted. How do you think this has effected album art? Is it less important?
“Well, a few years ago I would have said that it was not as important as I think it is now. CD and vinyl albums were beginning to waiver, and the album sleeve experience with it, but now vinyl is back and bigger than ever and the people are willing to experience what they once did in the past all over again, that great feeling of buying an album taking it home and playing the vinyl whilst looking at the sleeve. A marvellous experience in my book. Something so much more than that of a digital download, something I hope will continue to grow ever more popular.
“The Jake Bugg album designers really made the album live up to this kind if experience. The vinyl album is gatefold and the deluxe comes in a box, with prints, and an added EP and DVD, all featuring my art. It really has been made an experience of the of a collaborative nature”.
By being influenced by cultures musicians combine fecets of them to create something new. As does a painter or a designer. One doesn’t work without the others.
Nathan Pendlebury is currently taking part in an exhibition AEROSOL held at the dot-art gallery in Queens Avenue, off Castle Street, which runs till September 3. More info here.
UPDATE:
Nathan’s creation for Jake Bugg’s On My One album has been nominated for Best Art Vinyl of 2016. You can vote for Nathan here.