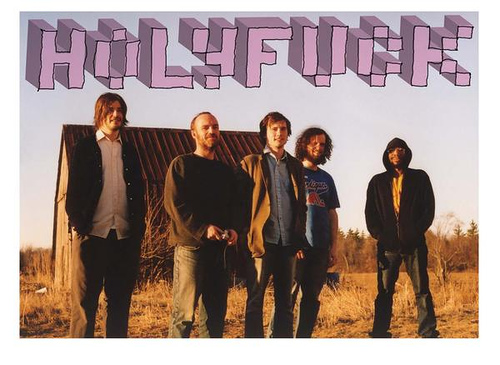 Warning. The following contains a serious amount of abusive content. And some seriously good music.

Holy Fuck: LP – Album of the Week
XL
Holy Fuck by name, HOLY FUCK by nature.
If this band weren’t such hot property then calling yourself Holy Fuck and releasing your second long-player under the name LP would be rather daft.
As it is these Toronto noiseniks channel improvisational robo-electronic hardcore the type Kraftwerk would if they were pilled up and far, far sexier. And that’s a seriously good thing.
Adding to their ridiculousness, they kick off LP with a live track. Who does this? Who kicks off their record with a live track? Holy Fuck do, that’s fucking who.
Super Inuit (live) captures everything that’s great about LP; stampeding beats, motorik instrumentation, incidental whoops of glee and most importantly a relentless energy that rarely gives up for the near-perfectly realised 37 minutes.
With just nine cuts on offer there’s no room for tedium or indeed filler, and both are safely negotiated in a seamless, expertly sequenced record; the church-bell PFunk blitz of Milkshake makes way for the hell-for-leather crunk of Frenchy‘s before Nintendo samples gently weave into Lovely Allen‘s blissed out ecstasy.
Elsewhere Echo Sam is a dual-drumkit beatathon, Royal Gregory resurrects Lo-Fi Allstars for 2007 and best of all The Pulse re-imagines Neu! with 2000 drummers and a gram of of whizz.
Three things:
1) Try playing this and not bob your head. Impossible.
2) Google image their name and dig the fourth picture. How is that? And why is Sarah Jessica Parker there?
3) They’re playing Korova Bar, Liverpool, on Friday – go see.
For fans of: Death Disco, game consoles, vinyl junkies.
8/10 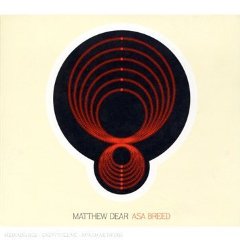 Matthew Dear: Asa Breed
Ghostly International
Remember when the internet broke and it was just a novelty and piss-poor producers concocted whole TV shows around people cyber-fucking on the Net with elaborate headsets?
Matthew Dear makes the kind of glitch pop perfect to soundtrack these capers. Try performing the Rusty Trombone while Don And Sherri lumbers and pops. Or maybe if that’s a bit too kinky slap on Death To Feelers while working the lotus.
If you’re feeling particularly adventurous why not hook up a trapeze and swing to the sounds of Neighborhoods; which is essentially Hot Chip working Prince circa 1983.
If there’s a downside it’s precisely internet fucking is nowhere near as enjoyable as the real thing.
For fans of: Cyborgs, blips and Gary Numan
6.5/10

No Age: Weirdo Rippers
Fat Cat
Along with Yeasayer, No Age are one of the year’s most innovative indie bands to come out of the States in 2007.
Essentially Weirdo Rippers is an 11-strong comp of EPs guitarist Randy Randall and singing drummer Dean Spunt tossed out on vinyl over the last 18 months which only a handful of lucky peeps have heard.
So what you get is a lovingly created Greatest Hits thus far, spawning psyche-shoegaze (I Wanna Sleep), thrash lo-fi garage (Boy Void) and beautiful noise (Loosen This Job).
For the most part it sounds like it was recorded with broken equipment by broken minds – and that is always a good thing.
For fans of: High top sneakers, day-glo Ts, busted teeth.
7.5/10 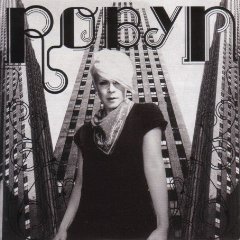 Robyn: Robyn
Konichiwa Records
Its hard to think of a more perfect popstar than 28-year-old Swede Robin Miriam Carlsson.
Sure you know about number one smash With Every Heartbeat, but in this, her self-titled 2005 re-release, we’re left flattened by her right-left combination of sure-fire knockout blows and hardass lyrical savvy.
Dig CV where we are informed: ‘She performed and choreographed the fights for Bruce Lee in Enter the Dragon, The Game Of Death and still does stunt doubles for Jackie Chan on the weekends. She sucker-punched Einstein, outsmarted Ali and even out-superfreaked Rick James.’
This ultra-compressed, glistening, self-financed monster of attitude makes last year’s pop princess Annie, appear paper-thin in terms of ideas, hooks and thrust.
There’s so much you need to hear, but for starters hit Konichiwa Bitches – at just over two and a half minutes your gonna be told all about the joys about getting sawn in half, getting fucked over by your cheating lover and how oral sex is the way forward all soundtracked by chrome-laden sass.
The highlights are plentiful: Cobrastyle (a jiggy, ring-tone riff), current single Handle Me (a feisty deep bass shaker) and best of all Be Mine! (prick your ears up Madonna, for this is the tear-jerking poprock you should be peddling).
With additional bonus cuts, Robyn’s 45-minute blitzkrieg is guaranteed to leave you breathless.
For fans of: Martial arts, headphones, grrrls.
7.5/10 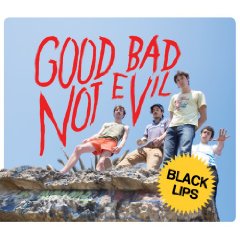 Black Lips: Good Bad Not Evil
Vice Records
The Black Lips are the type of guys who never got picked for the school sports team. Not because they couldn’t, but because they refused to play ball.
They’re the kind of dudes who like to rip it up and fashion things their own way. After all who else could get away with donning trucker caps, tight-fitting 70s sports apparel and dodgy facial hair while churning out two-minute songs to get wasted to.
Thirteen tracks spanning garage, bluegrass, surf-rock and 50s doo-wop is rammed into this fun-packed ride of muck and filth – dive in!
For fans of: Comic book heroes.
7/10

The Dilettantes: 101 Tambourines
Stranger Touch Records
Let’s be honest Joel Gion may be supercool, but Anton Newcombe is the only reason to take an interest in the BJM.
While Joel’s the infinitely more likeable, affable chancing charmer, its Newcombe’s erratic genius which is ultimately responsible for their musical integrity and herein lies the main problem for 101 Tamborines.
Sure it possesses much to like, but not much to save it from the mediocre retro-revivalists peddled by much of the BJM’s offshoots. So while there’s bucketloads of Byrds jangles, CS&N harmonies and Beatles psychedelia, there’s nothing to match Newcombe gems ala When Jokers Attack, Servo or Evergreen.
For fans of: Excessive hair explosions.
5/10 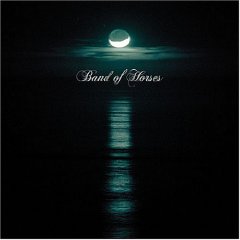 Band Of Horses: Cease To Begin
Sub Pop
For anyone anxiously awaiting the new My Morning Jacket record, pick this up now.
The Seattle quartet positively drip with cowboy sweat and probably suffer from saddle sores, and Cease To Begin is the kind of reverb and delay-heavy melancholic rock Jim James‘ crew delivered with such aplomb around the time of At Dawn.
Opener Is There A Ghost is the obvious standout with its pounding riff and soaring Ben Bridwell vocals, but their greatest charm lies in the restrained beauty on pensive cuts Detlef Schrempf or Window Blues.
If there’s any criticism it’s that they lack the kind of experimentalism that MMJ whack out on the likes of Run Thru’ but it would be churlish to undermine what is essentially an effective mission of alt-country magnificence.
For fans of:
7/10