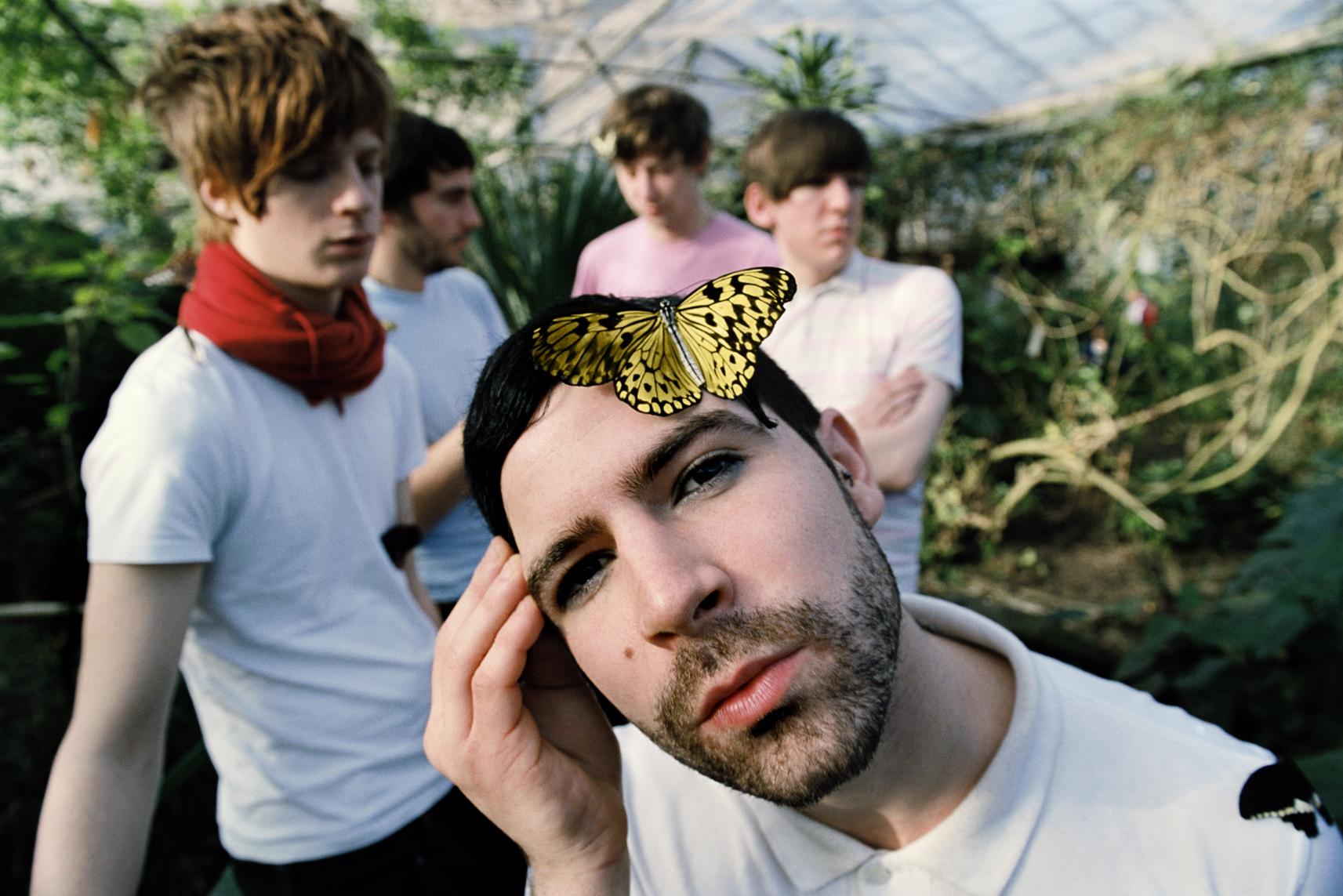 Fat Cat are noted for their fine roster – but no-one was prepared for the whopper Frightened Rabbit have dropped. Elsewhere Foals, Valet, Mothlite and We Are Scientists get the treatment.

Frightened Rabbit: The Midnight Organ Fight – Album Of The Week
Fat Cat
A fascinating discussion with Can’s Irmin Schmidt earlier this year threw up much pause for thought but one particular insight resonated more than the rest.
Schmidt argued that the quest to find new sounds is anything but endless; sounds in electronics and man-made instruments have their limit. But that a genuine artist can take regular patterns, sounds and clichÃÂ©s and evolve them through their own personal creativity into something magical.
‘You find new wonderful sounds in existing sounds within yourself, and a new expression of what you want to say,’ he commented.
This notion is wholly pertinent to Frightened Rabbit – a band that on the face of it and on quick listen could drown in a vast ocean of bands paddling down the same creek.
And where it not for the internet – print these days serves but a few pars for a group of their humble standing – The Midnight Organ Fight may have been been abandoned, forever cast adrift as another great ‘lost’ record.
In truth, after listening to their debut, Sings The Greys, but six months ago, their follow up was hardly atop of the ‘must-listens’ in a Spring which has proffered much quality long-players. But the various trusty webzines insisted on closer inspection.
See the Glaswegians do throw up comparisons to Snow Patrol, they do operate in a similar trad-pop way to REM and they do dabble in the same ballpark as Idlewild – but they’re also so, so much more than just a band.
Really, have Snow Patrol ever written a song so steamingly passionate as Keep Yourself Warm which finds Scott Hutchinson howling in his infectious highly-enunciated Celtic-slur, ‘You won’t find love in a hole, it takes more than fucking someone you don’t know to keep warm‘, as brother Grant ruins his drum kit (we’ll come back to that in a sec) and Billy Kennedy imbues the track with highland warmth from a reverberating organ drone.
This emotional richness runs throughout The Midnight Organ Fight which is as life-affirming as sitting round the dinner table with your entire family on Christmas Day.
Only where the listener derives pleasure, the Midnight Organ Fight is ostensibly about disintegration.
There’s so much confessional anguish on show it runs Spiritualized‘s Ladies & Gentlemen close for emotional heartbreak.
The unceasing torment is reflected through the guitars earnest thrashing downstrokes and Grant’s maniacal battering of the kit (The Twist is effectively the relentless pounding of LCD Soundsystem‘s All Of My Friends gone indie) – live reports regularly suggest he goes through three sets of sticks before finishing the first couple of songs – while Scott concedes that death is never far away from his lyrical concerns; Head Rolls Off is a rip-roaring jangle about literally that.
Modern Leper, one of the year’s contenders for best album openers, finds Scott applying heartbreak as a form of incurable illness as he admits to being a masochist on his last legs while the juddering finger-picked anthem-in-waiting My Backwards Walk again sees Scott punishing himself for refusing to let go: ‘I’m working hard on walking out, my shoes keep sticking to the ground…‘
If there’s a moment of resolution it comes in the penultimate track Floating In The Forth which finds Scott throwing himself off the Forth Road Bridge, but ultimately for all his desperation, amid the glistening keys and choral voices, he insists he’ll ‘leave suicide for another year‘.
Just as well, for as the wise old owl from Can eludes too, Frightened Rabbit are that rare breed to create a timeless treasure through personal artistic merit.
For fans of: Lost souls, Scottish Fiction, REM.
8.5/10

Valet: Naked Acid
Kranky
Valet is Honey Owens, part Jackie O-Motherfucker contributor, part-time bassist with Atlas Sound, part craft-shop owner, part label/Portland club night runner and full-time partner to White Rainbow‘s Adam Forkner.
This her second offering since 2007’s debut Blood is Clean, works similarly to her fella’s tumble of noise, but where White Rainbow sifts afro-thubbing, Valet opts for washes of ambience and sunset bliss.
That is until you get to closer Streets, the best track on show, which employs deep rumbling breaks, backwards murmuring and the sound of a two-tonne wasp colliding with your Tannoys.
For fans of: Moonbows.
6/10 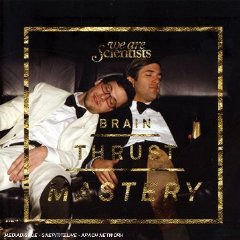 We Are Scientists: Brain Thrust Mastery
Virgin
The nice guys of rock are back, all wide grins and slightly geeky charm armed to the hilt with their lovely melodies, this time infusing them with a heavy dash of eighties polish and va va voom – check the gold spangled decorative packaging and cocaine-noise-job sheen on Duran Duran-alike Lethal Enforcer for evidence.
But, and it’s only a wee one, you can’t help associating Brain Thrust Mastery to that odd occasion when you walk in a bar and a loner comes up to you – all silly wide grin and friendly as pie, rabbiting on like the loveliest loner in the world and all the while you slowly retreat wondering ‘why is he being so nice?’
Maybe this is a clue as to why they’re a duo now…
For fans of: Good clean pop.
6/10

Foals: Antidotes
Transgressive
The dust has settled on the most anticipated debut of 08 and it seems there’s as many detractors as there are fans of Oxford’s Foals.
But fuck them and their holier than thou stance. If this was American (yup, the Yanks are in vogue now) – or indeed anywhere but Britain – the taste-makers would be lapping this up like warm cherry pie.
Sure, it’s Battles for beginners, or Bloc Party gone math – but there’s no getting away that three quarters of this DEBUT is slam-dunk brilliance.
My personal fave is the murky sludge of Heavy Water which on 3.40 sends in the punk-funk brass army to induce monkey spasms.
Elsewhere The French Open, Cassius and Two Steps, Twice are as good indie-rock tracks as any produced this year – and all this is from a band that had the brass neck to tell Dave Sitek ‘no thanks.’
Getintothat.
For fans of: Power walking, Yannick Noah.
7.5/10

Mothlite: The Flax Of Reverie
Southern
Confusing stuff Mothlite.
They tick so many of the right boxes: Late-era Talk Talk, whacked-out post-rock, doomy-space jazz, hell even a hint of Saucerful of Secrets. But it doesn’t quite equal the sum of its parts.
Take 11-minute Untouched Dew; where an undead orchestra backs the bald-headed nutter in Temple Of Doom leading his chanting sect of psychopaths prior to ripping someone’s heart out. Then the spirit of John Coltrane pops up with some out-there free jazz.
Impressive stuff you’d think. But it kinda misses the spot.
It’s like buying a tin of paint – say daffodil yellow and when you get it home it looks more like luminous alien blood. Who’s going to put that on their walls?
For fans of: Bark Psychosis, Victorian asylums.
4.5/10