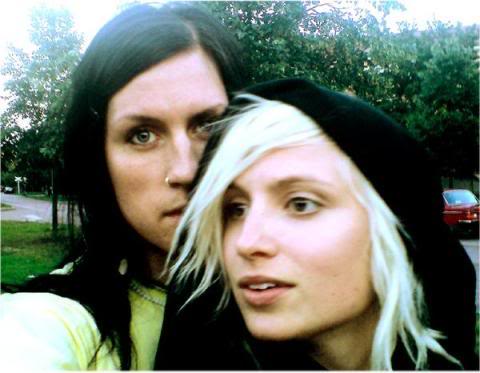 Swedish duo The Deer Tracks rework a well-worn blueprint to devastating effect as a couple of old favourites make a return to the Getintothis jukebox. 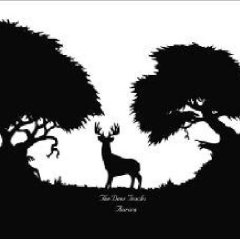 The Deer Tracks: Aurora – Album of the Week
Despotz
There was an intriguing, if slightly off putting thread on DiS this week, regarding the dos & don’ts of music reviews. One which whittled off all forms of cliches, unwritten rules and phrases which attract/detract a reader into a reporter’s way with the word.
To be frank, there was so much prattle you’d be hard pushed to know where to begin were you to heed all those offering opinion.
Yet, with this discussion buzzing in the subconscious, the idea of giving reasonable due to new Despotz signings, David Lehnberg and Elin Lindfors akaThe Deer Tracks, without descending into cliche and trad journalise became all the more problematic for they occupy a musical terrain not just over-populated but positively in need of serious culling.
Getintothis for a tired check list: My Bloody Valentine, Swedish, shoegaze, post-rock, glacial, Cocteau Twins, elfin, ethereal, Sigur Ros – and the tin hat – SONIC WHOPPING CATHEDRAL.
Sadly, there’s no escaping these most obvious of calling cards, and yet The Deer Tracks are more than deserving of your attention for the sum of their inspirations fail to justice to their very special debut.
Take opener, and possible standout, Yes This Is My Broken Shield; a featherweight tremor of children’s toybox percussion weaved among gurgles and Elin’s breathy, cracked vocal. Recalling The Flaming Lips‘ Waiting For A Superman; …My Broken Shield delivers due to its lyrical metaphors of an ‘astronaut afraid to fly, with cracks that may never be healed,’ while it’s gradual frail electronica culminates in an explosive thunderous racket of white noise which simultaneously pulls you under all the while hurtling you into the stars.
Drowning and gasping for breath/chasing your heartbeat with joy.
This template is repeated throughout Aurora‘s nine tracks, and rather than descend into monotony, it adds to a seemless, hypnotic coherency.
Their deft use of deep, rich basslines, steady rhythm and sudden blasts of noise adds to their power; dig I Bite Your Tongue‘s six minutes of swollen electronica which only catapults into life a minute from the end when weighty brass signals a triumphant finale. World Of Abel is even better finding the duo’s overlapping vocals – like The Knife gone cute – pave the way for accordian, piano and crashes of electro noize. The record has drama in abundancy.
Come the week prior to its March 9 release, Aurora will be showered with innumerable journalistic references from the list above – but don’t dismiss The Deer Tracks as just another of those bands they’re so, so much more.
8/10
For fans of: Cetacea, mÃÂºm, xylophones. 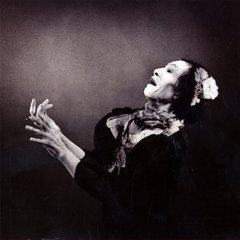 Antony & The Johnsons: The Crying Light
Rough Trade
Like a homosexual blue whale the size of a mini volcano, Antony Hegarty has emerged from last year’s disco sojourn to shower his love seeds all over planet earth, decorating it’s raped, decaying corpse with delicate fragments of warmth, joy and protection.
This time around he’s less androgynous worrier wishing for wings, more multifarious mother nature armed with his usual assortment of orchestrated instrumentation along with a few additonal extras – even Velvets-inspired electric guitar on the spellbinding Aeon.
Once again, it’s highly evocative stuff spanning a galaxy of emotions, but essentially – and this is not to be taken for granted – it’s pure Antony.
7/10
For fans of: Nina Simone, faerytales, power showers.

Diplo: Decent Work for Decent Pay: Collected Works Vol.1
Big Dada
Sixteen remixes of the likes of Bloc Party, CSS, MIA and Black Lips.
As far as Diplo goes this is his Wigan Athletic LP. Solid, robust and steady but no danger of challenging for top honours.
6/10
For fans of: Steve Bruce‘s nose. 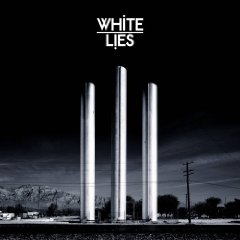 White Lies: To Lose My Life
Polydor
‘Sheesh, Billy, no-one likes skinny-jeans indie anymore – what’re we gonna do?‘
‘Don’t worry Ted, the 80s are back in vogue and no-one ever slags Joy Division, so let’s fuse the two.’
‘Smart thinking, Billy, but d’you reckon anyone will suspect foul play?‘
‘Who cares, Ted, by the time they digest your Midge Ure vocals, my sixthform imagery and Ken’s power chords, we’ll be top of the charts and laughing all the way to the bank!‘
4.5/10
For fans of: Joy Division>Interpol>White Lies>Editors.

Omar Rodriguez: Old Money
Stones Throw
Rumour has it Old Money, recorded between 2005/6, was the natural successor to Amputechture – perhaps the weakest cut of Omar’s day job band The Mars Volta – but was sidelined due changes in musical direction.
Strange that, because this collection would have been the perfect antidote to Amputechture‘s overblown, largely meandering whispers of noise and underwhelming electronica, as Old Money imbues that LPs quite marvellous heavy fretwork and adds a focus sadly missing in much of Omar’s plethora of recent solo outings.
The word ‘focus’ of course should be treated with relaxed caution, for as always Omar is never one to rein in his mastery of technique and stylisic fusion, as Old Money once again exhibits his freeflowing progressive guitarscapes likely to induce fear and nausea to the average listener.
6.5/10
For fans of: Maroune Fellaini‘s afro.

Bon Iver: Blood Bank
Jagjaguwar
Forget everything you’ve read and heard about Justin Vernon and whazz along to track four Woods.
Yes, we know the title is suggestive of all things For Emma… but it’s so laughably, absurdly, wildly juxtaposed with anything you associate with Bon Iver‘s impossibly ace debut, that it’ll have you reeling with laughter at how insanely ace this dude really is. The fact it’s a near five-minute track repeating the same short, four lines over and over sounds daft, factor about nine Justin vocal loops all repeating said lines using varying degrees of autotune and it sounds like a Kanye West-inspired disaster in waiting. All of which couldn’t be further from the truth, as it’s hands down the finest track of 09 thus far.
That it was recorded several years ago gives a mind-bending insight into the talents and twists that lie ahead in one of alt-rock’s finest discoveries.
8/10
For fans of: Everyone – buy it!