Mrs Jay-Z slammed into Liverpool on Saturday. We captured (albeit with a dodgy camera phone) some snaps and a video. Bootyful.

Two hours of glitz and glamour and a whole of lot of ass-shaken proved close to thrilling. The highs were obvious – a blistering opener in the shape of Crazy In Love, an Arena in unison singing along to Irreplaceable as Ms Knowles high-wired her way across the sky before descending to a platform in the middle of the ecstatic crowd, an unexpected delight covering Alanis‘ You Outta Know, a hard-hitting Single Ladies (Put A Ring On It) and a rousing extending closer, Halo.
Admittedly some of the slowies dragged, she frustratingly teased with mini renditions of several Destiny’s Child classics including Bootylicious and the yellow, condom-like body suits donned by dancers during one of the multitude of costume changes were particularly wretch-inducing.
But for the most part Beyonce was on stunning form; incredibly personable, immensely athletic (how she doesn’t break her neck or do her back in when pulling off some of her moves – particularly in outrageously high heels – is mindblowing), and her voice was one of the finest these ears have ever heard.
Like an Amazonian Warrior infused with the spirit of Aretha Franklin and the wardrobe of young Tina Turner, Beyonce left the Arena shaking. 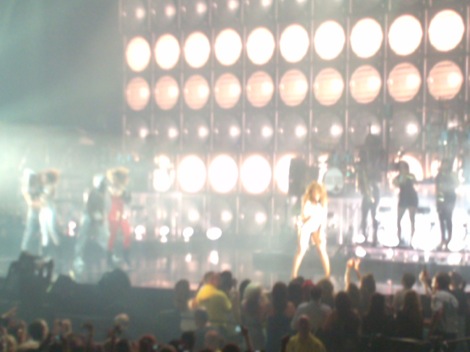 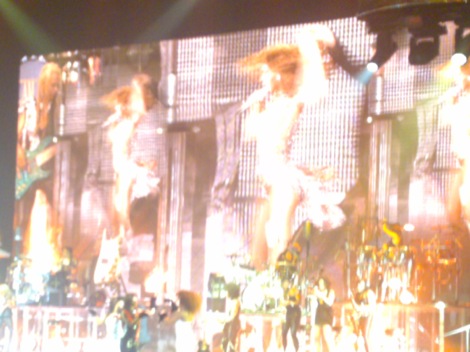 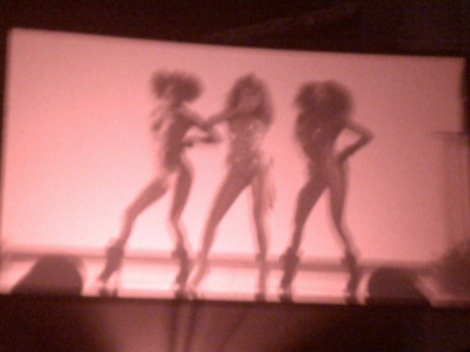 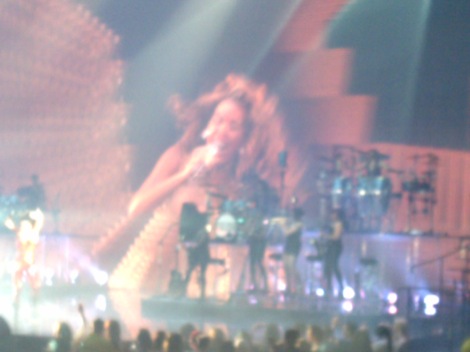 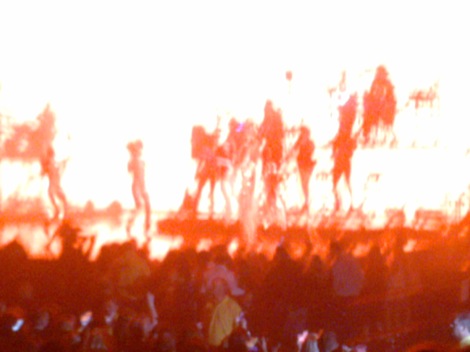 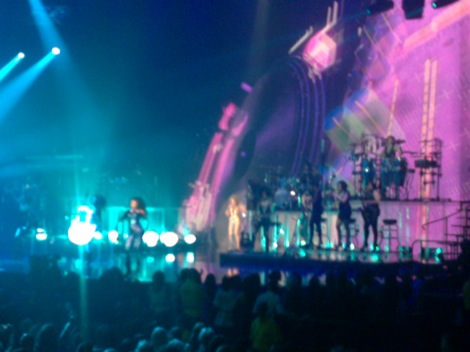 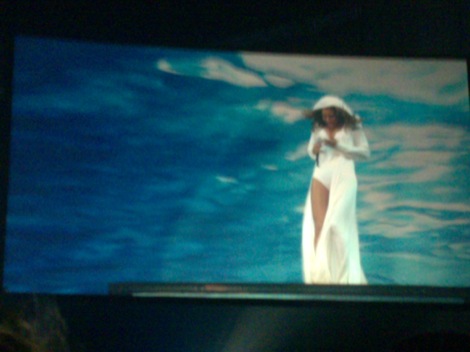 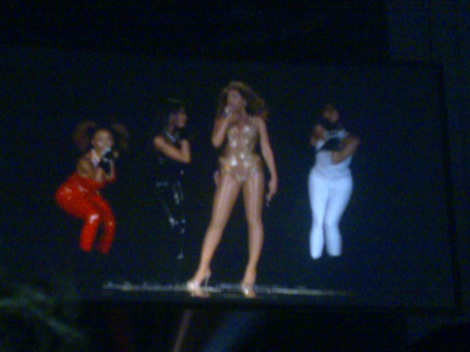 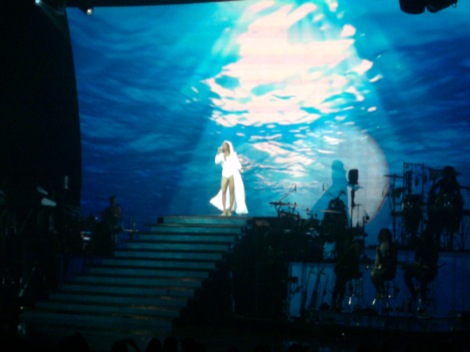 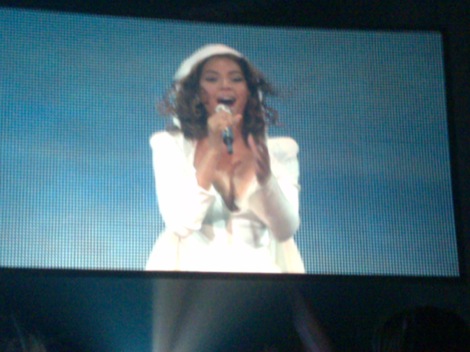 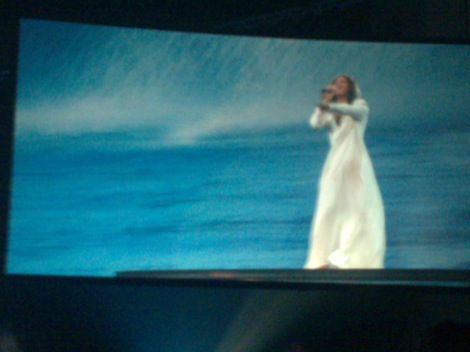 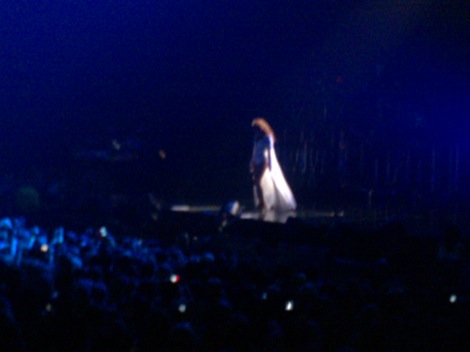 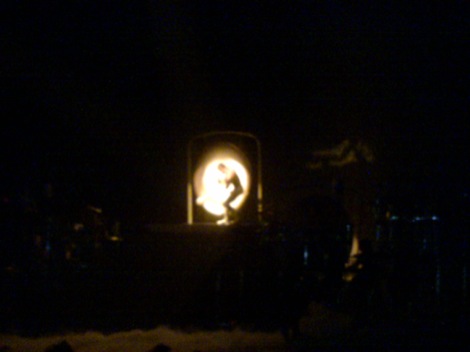 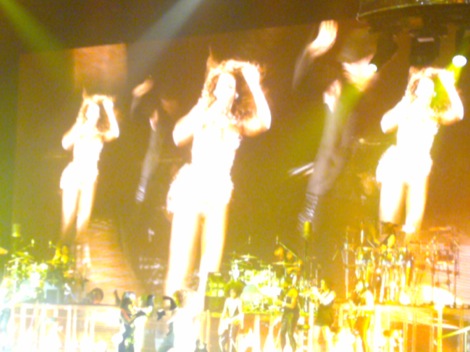 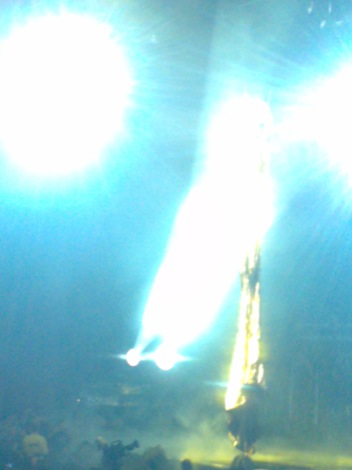 Taking to the high wire before releasing her gold dress. 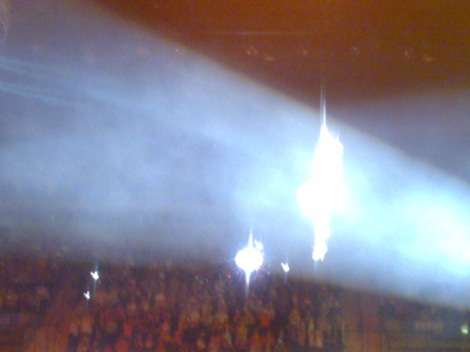 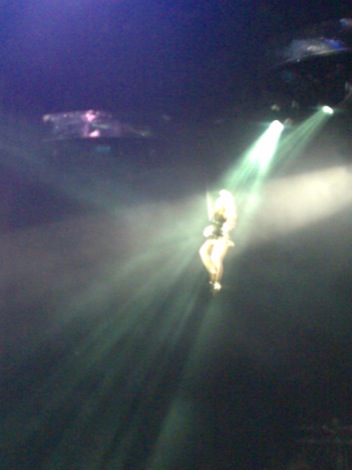 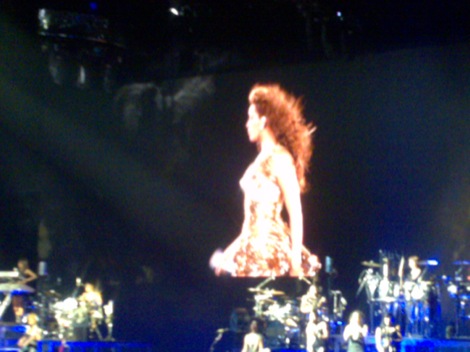 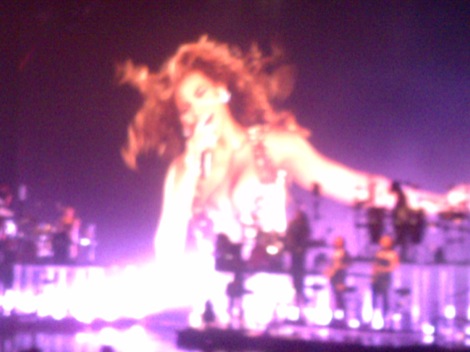 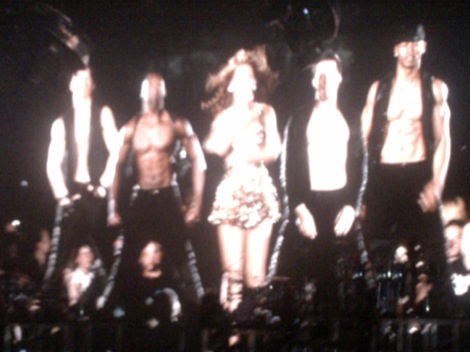 Beyonce: Crazy In Love – live at the Echo Arena, Liverpool