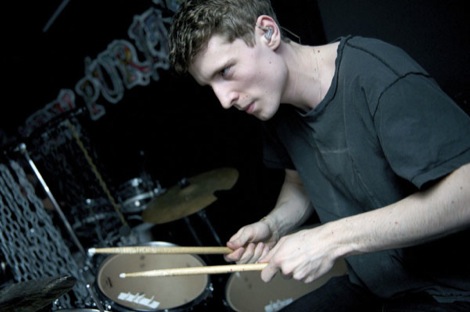 Dunno about you, but the whole Armour Fad of 07 passed me by. Think I was too busy rocking the leather jacket, sandals and undies look.
Plus, let’s face it, all that sheet metal is so cumbersome. You can’t just jump out the shower into your breastplate and bascinet. This type of apparel is a mission in itself. You can hardly clunk down the Spar in your finest Lancelot get-up for a pint of milk and Warburtons and expect not to have shed half your body weight in salty proteins.
Nah, the Armour Scene of yesteryear wasn’t for me, and it’s no surprise it didn’t go global.
This, however, has hardly bothered young Jack Barnett; chief snarler with Southend-on-Sea brutalists These New Puritans.
Lurching on like Roland Rat’s best bud Kevin in a medieval pageant populated by aggro scalls, Barnett’s ill-fitting casuals jacket is contrasted by his chainmail vest and bonecrunching metal-plated boots.
Fittingly our eyes have just been blasted from their sockets and our ears have just been shot to buggery by TNP’s introductory wave of attack musik – all bassoons and bludgeoning beats.
Then comes We Want War – mutant vocal gurgles, buzzsaw guitars, spectral computerised choral death chants and our introduction to the stunning ferocity of Jack’s twin brother George behind his kit.
Belle & Sebastian this aint. This is attack musik, alright.
***** ‘Liverpool, 2010 These New Puritans,’ – Jack Barnett, Academy Liverpool *****
With it’s viking sirens Swords of Truth signals a full throttle hurtle downhill, chased by wolves as their tongues dangle out gaping lower jaws, dripping thick white saliva – Barnett insistent – ‘Strike me down, strike me down, cos I am an island…‘
Three-Thousand employs George’s vicious, knagging pitter pat while stage left Sophie Sleigh-Johnson pings off sinister electro pangs – it’s deeply unsettling and it’s primarily her digital box of tricks married with that of Thomas Hain (who himself hides behind a bench of electrical trickery and a rack of heavy duty chains doubling up as heavy duty percussion) that produce thick layers of synthetic orchestration which seperates this from being anything we’ve quite heard before.
The Barnett brother’s battery is contrasted by the Sleigh-Johnson/Hain axis of electronic instrumentation exemplified best in the near-seven minute Drum Courts-Where Corals Lie – a subdued battle of drums which breaks down into that opening bassoon motif.
***** ‘2010 These New Puritans,’ – Jack Barnett, Academy Liverpool *****
As if it emphasise their relentless aural killing spree, they take things down a touch with the magnificent aside of Holograms, Bennett’s confident non-vocal strained and equally pained as he barely attempts to disguise that he’s never reaching those high notes.
In the hands of others, the tune could arguably be a molded into a hit, but that’s not TNP’s desire, they’re full scale attack musik. And we’re quickly back on assault mode.
Attack Music tests the Academy’s very foundations with it’s robotic hum; a noise so gnarly you sense the dust and mortar being stirred into life between the building’s brick work. Numerology AKA Numbers snaps the limbs of three young artschoolers to my right into life, everyone else is glued. Neck hairs jump to attention to the sound of a sword slicing the air.
***** ‘Liverpool, 2010 These New Puritans,’ – Jack Barnett, Academy Liverpool *****
They exit stage right and return just the once for an impassioned shakedown rendition of Elvis, you can barely understand Jack’s disdainful snarl, but there’s expletives, another call of ‘Liverpool, 2010 These New Puritans,’ and then two and half minutes of savage punk rock malice.
The hour plus action is nothing short of intense and utterly hypnotic. Attack musik indeed – all at once we’re deadened and utterly alive.

These New Puritans: We Want War
Earlier in the evening Seal Cub Clubbing Club continued their excavation into the extraordinary with a set high on fidgety drama.
Older tunes were firmly put in their place by a band growing into something truly special; not least on new single Made of Magic – the vocal equivalent of the car chase in the French Connection.
Check here for more aural wizardry. 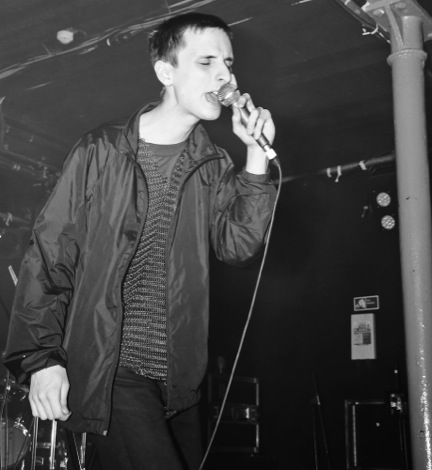 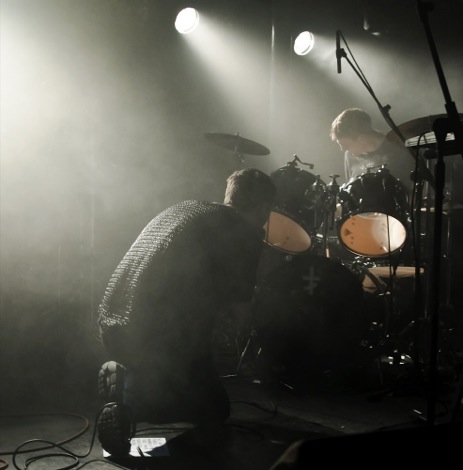