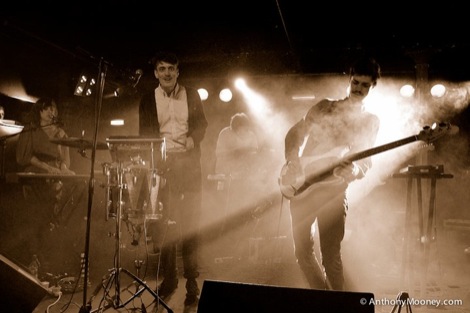 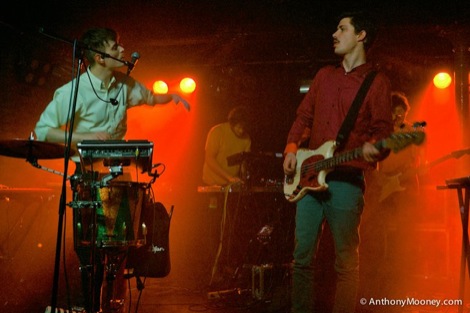 ‘Jump right in,’ they are singing. The night’s first motivational call comes at the perfect time: up until now Sunday’s gig-goers have stared bleary eyed towards the dark stage.
Maybe the haze of a weekend binge is yet to clear. Stealing Sheep are a sort of white, folky Destiny’s Child (lazy analogy, but go and see them and I’m sure you’ll understand).
And their lyrical kick up the arse seems to work because we conjure the ability to actually nod heads and lethargically whoop between records. Some good – longish – tunes emerge from the trio in immaculate dresses, who will do well if they find the right niche. At least they seem to be having fun. 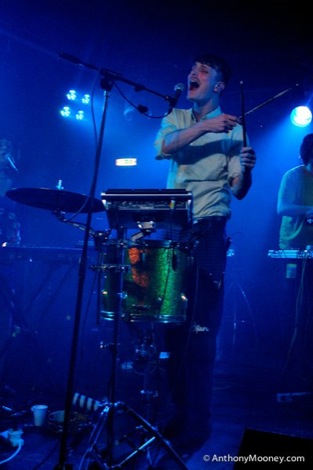 Relatively subdued traditionally, Efterklang crackle like Metallica by comparison.
Their surround sound sonics are created by a range of instruments – all contributing to a brilliant glacial palette that proves Danish roots. But better than that, these post-rockers aren’t your normal dour shoegazers; sincere smiles stick to their faces. Frontman Casper Clausen has an awkward charm, at first not knowing how to deal with an attentive crowd although he grows into his task. 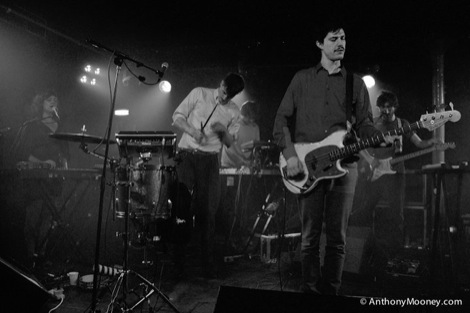 Yet Rasmus Stolberg, the bassist, is the funniest probably down to his caterpillar moustache, skinny shirt and nailed-on ambiguous stare. All of them seem like actual humans rather than some diva-minded idiots (and they wouldn’t look out of place supping at the bar or sitting on the bus). 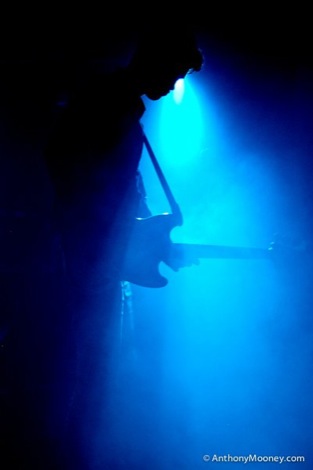 Throughout the four-piece quench our bruised heads. It’s all textbook Scandinavian musicianship, effortless naked sounds that don’t need videos or PR guff. Modern Drift puts all this in a Jaga Jazzist type nutshell: everything dimmed in blackness, the odd spotlight bleeding through the gloom, stress-melting pianos, Casper saying how the crowd is normally noisier in England.
He’s flowing with a kind of plaintive energy. Have Alphabeat sacked off their saccharine past and gone for the Warp crowd, I wondered? 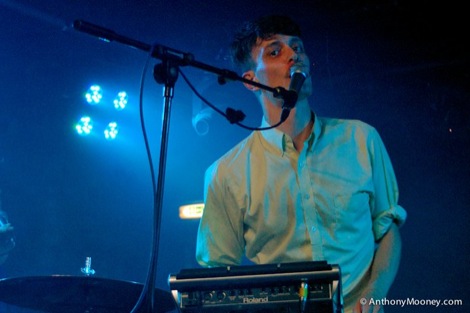 Suddenly Rasmus appears in the audience with a tambourine. Fair play to him as you wouldn’t get that at the MTV Awards. And to shore up the idea that Efterklang are ‘real’ people, the band stress they’ll be ‘just over there‘ in a minute, should we want a chat. Before this though, for impact, Casper smashes a drumstick over any available objects nearby. 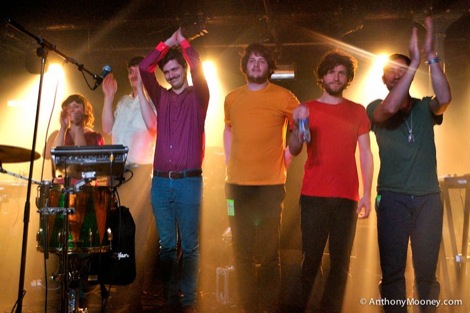