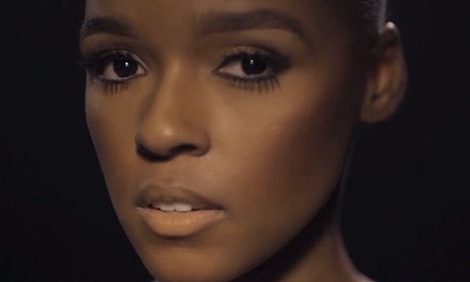 November is Getintothis’ album review marathon. We’ve much to catch up on, so we’ll start with someone who’s been floating our boat for many a month. A worldwide superstar in waiting, Ms Janelle MonÃÂ¡e. 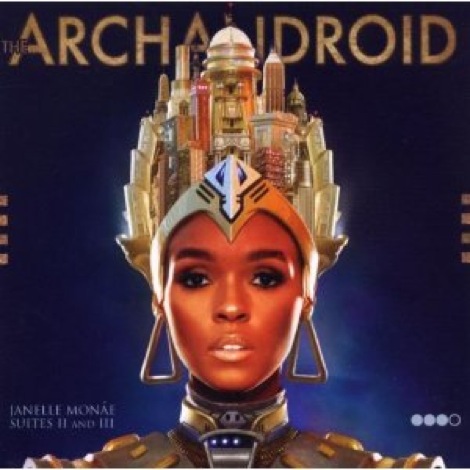 Janelle MonÃÂ¡e: Archandroid – Album of the Week
Atlantic/Bad Boy
Me and my mate Luke barely bother with music jibber jabber now. We long decided there was little point.
Conceived notions are thus: I’m the elitist, snob who dismisses the mainstream outright in favour of the underground but then wavers interest in ‘alt-band’ when achieving any modicum of success; he the naive, conservative that champions big players, dismissing underdog also-rans as ‘noise’. And has token softspot for Lemon Jelly.
There’s a smidgen of truth somewhere in there, but essentially it all comes down to taste and a battle of wills between two ultimately stubborn men with equally as passionate views.
One thing about this misconception is a dead cert though, pop music, when at it’s best, is the great leveller – a common ground that which all music fans embrace together. There’s nothing more satisfying to the music purist or the casual fan than a bonafide popstar.
Enter Janelle Monae: the finest popstar these ears have heard in recent memory. If Lady Gaga is the bread and butter Queen Bee of branding taken to 21st century Madonna extremism – an artist who exists on shock tactics, visual reinvention and perfectly executed singles (in that order) then Monae is the avant-garde maverick who pop fans will gradually learn to know and love through her superlative musical exoticism, conceptual devices and ambitious wisdom which should ensure a longevity in the most fickle of sonic relms; the popworld.
Since the press releases started lap-lap-lapping at this keyboard in early 2010, there’s been a steady – if not propulsive flow – of hyperbole attached to this diminutive superstar in waiting. Perhaps it’s down to those criteria listed above; Monae’s first long-player The ArchAndroid follows on from her debut EP, Metropolis: The Chase Suite and runs like an afrofuturistic cinemascape – 18 tracks, nearly 70 minutes of music relaying the story of Cindi Mayweather and her mission to free the citizens of Metropolis from their cyborg-run society that suppresses love and emotion.
Gobbledygook, maybe. Much to digest, certainly. But these finer details are there to be explored at a later date, as the music is simply astonishing and awe-inspiring in its oceanic depth.
Prince, David Bowie, Stevie Wonder and label partners/mentors Outkast, are all stylistic touchstones but it’s chiefly her voice and dramatic delivery which makes Monae such a virtuoso.
Listen to the deft highly enunciated doo-wop of the early stages of Faster before transforming into a robotic devilish punky snarl. Oh, Maker begins in pastoral Joni Mitchell mode before her inner diva springs into action while Dance Or Die and Tightrope – one of the undoubted tracks of the year – showcase an acute funk which flips from acrobatic shrieks and hollers back to sugary soul in mere seconds.
There’s quite literally thousands of beautiful mini vocal moments – listen to the cheeky, knowing swagger of promising to ‘tip wit outcha‘ (Tightrope), or the middle eight of Locked Inside as Santana-infused guitar (one of many big licks) circles her impassioned pleas.
The call-to-arms Cold War matches soul with a supersonic fury while Come Alive‘s outrageous screamed vocals married to the psychedelia of Mushrooms and Roses is as magnificent as it is ridiculous.
Almost inevitably for a record to include everything – and about four kitchen sinks to boot (even her liner notes list inspirations for every song, from Salvador Dali to ‘the atomic bombs in Muhammad Ali‘s fists‘) – there’s moments where the ideas overstretch and become muddled but whether you’re a fan of grand artistic statements or simple pop pleasures there’s enough here, and more, to satisfy any listener for a very long time indeed.
9/10

Early interview with gakcity.com part one