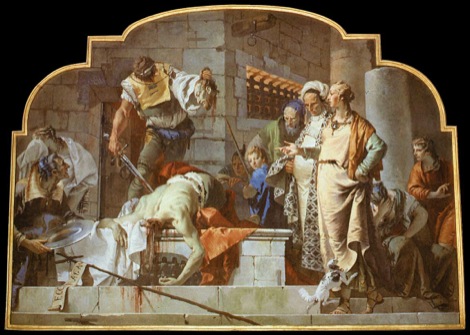 Can collaborator, electronic guru, Liverpool ex-pat and all-round dude, Jono Podmore delivers his Getintothis alternative Christmas message. This year he finds reason to be cheerful. A bit. Just remember – they need us more than we need them.

Tories! Liars! Leaks! Cuts!
Turncoats! Monarchy! Bankers! Bastards!
Cowell! Clegg! Cameron! Coppers!
War! Tax! Filth and Snow!
Time for Prof. Poddy’s XXXmas rant again – but where do I start?
2010 was one hideous disaster after another for British culture and society and this is my chance to vent some ire, rage and disgust at what I’ve seen.
BUT…
I’m actually quite cheery. Maybe too cheery under the circumstances. What’s warming the cockles of this ol’ heart is the response to these threats imposed upon us. Not only are people becoming more politicised but there’s a few liberating ideas in the air which might just save our collective bacon…
Students have done a wonderful job of letting us all know that militancy and direct action is not only possible but a valid and worthwhile option. Enforced debt has been building up on them for years. The reasons for this are debatable – possibly ideological – but this little snippet from March 6 2007 should help clear up any doubts as to why this is happening – and now tightening.
Bugger! It’s them BANKS again! There’s a surprise. Your debt is the cornerstone of their continued existence. And once again that specious lie as to why we cannot use the law to protect ourselves from this vicious attack on liberty, education and culture is wheeled out: ‘Don’t be beastly to the banks, as they’ll take their business elsewhere.’ Then where would we be?
Where would we be, indeed?
We would be benefitting from the fact that simply by paying UK tax we are share-holders in banks. We would be heralded worldwide as the nation that got it’s freedom back. We would be in the midst of a creative and cultural tsunami not unlike when we were liberated from the inquisition by Henry VIII. So which of you is up to be the next Shakespeare then?
With every molotov filled in bedsitland, with every cobble jemmied from a street, with every angry little tweet I can hear the penny dropping:

THEY NEED US MORE THAN WE NEED THEM.

Tough times are often good times for music. The elitist drivel of the consumerist ‘talent’ shows and current overground pop culture is struggling to keep up. But hang on – how can pop be elitist?
Isn’t the whole point of it is that it’s a populist working class art form dedicated to the outsider? It’s THE BLUES for christ’s sake!
Sorry to disappoint , street blood, have a quick look at this and this.
The MARKET is populist – is us – but the content, the management and the money is most definitely them. I’ve been working in the music business since the eighties. Back then the privileged were strictly at the money end of the business.
They were the ones that were too thick to get in to the city or to run Daddy’s business for him, but smoked too much dope or were simply too gay to get on in The ForcesÃ¢Â Â¢. These incompetent, vane and lazy morons were in charge at the majors (and often owned the indies), so it’s no surprise those organisations are now in the hands of banks – or simply defunct.
Two generations of what is perhaps our major cultural asset has been under-funded, mis-managed, and has received virtually zero investment into the creative side.
Now, as the privileged close ranks under pressure from their bully-boy smarter brothers at the banks, they only invest in their own as artists.
So why so am I so cheery?
Because it’s clear they are coming to the end of the road.
Yes, there is still lots of money in the upper echelons of the majors (a friend of mine who works at EMI was given the afternoon off the other week as Cliff‘s pre-Xmas sales we’re hugely above target).
BUT all around me – at least in Britain – artists are fired up creatively and not even wasting their time with the majors.
Completely new approaches to product, distribution, promotion are appearing almost daily – some are better than others but the are ALL FANTASTIC in comparison to the status quo (Francis Rossi notwithstanding).
Here’s the first 2 out of the bag:
http://www.bethesource.tv/
http://www.metamono.co.uk (metamono is 33% yours truly, BTW)
As we all get wise to the simple inefficiency of all this privilege, what place will our beloved royal family fill? The answer is simple – the same dole queue they’re lining up for the rest of us.
Their very existence maintains injustice and division in our society. They bring nothing (despite witless propaganda to the contrary), they’ve taken by force all they own, and they have no place in a developed, democratic secular society – and the bastards are breeding!
But again a little cheery glow fills me. The forthcoming extravagance these buffoons are planning comes at a time when violent protest and disgust for the elite will be at it’s highest. As if that wasn’t enough the greatest gift of all is their initials: W.C!!!!!!
Let’s shit on the WC! May battle commence!
At the risk of repeating myself:

THEY NEED US MORE THAN WE NEED THEM.

Let’s take a leaf out of the late and truly great Fela Kuti‘s book.

He ran for president of Nigeria on one policy – that every man, woman and child in the country would become a member of the Nigerian police force.
That way ‘no-one have the right to beat up on anybody else‘. Before we can get that far here let’s first say:

We’ve got a year – I’m sure we can do it. Prince Pete, Royal Consort Sushila, King Everton and Queen Tracy are waiting in the wings. The only difference is that they don’t have an army to force themselves on the rest of us… but there’s a few more of us – and we have justice on our side.
How does a simple idea like that get under the skin and into the minds of a population fed on Strictly Come MiseryÃÂ®? You’re looking at the answer.
The best two tunes I bought recently were 4’33” by Cage Against The Machine and, Liar, Liar by Captain Ska.

Cage’s conceptual masterpiece bears no comparison to some dodgy politico ska – but what unites them, why I bought them both and what generated the sales is of paramount importance to how we move forward as a society – CONCEPTS, NOT PRODUCTS, MOTIVATE.
All those media appeals to our collective greed and selfishness are gradually being eroded by the internet. I know an 18-year-old kid who is reseeding torrents of all the wikileaks cables. You are reading this. These guys are doing a fine job while our jurassic and damaged trade unions get their houses in order in time to resist.
And this geezer is pointing us all in the right direction. Remember him?
The bloke who was rejected for having a dicky eye and calling a bigoted woman a (wait for it) bigoted woman.
This is who he was all the time – what does that say about our system? That it enforces corruption? Enforces double standards? That any public figure with a funny eye has to pretend to be someone other than they are to keep the banks and corporations happy enough not to have themselves rubbed out?
Now we are busy making an alternative system of our own – it’s quick, positive, dangerous, smelly, volatile, beautiful, confusing, belligerent and cheers me up no end.
So from one Royal Personage to another:

HAPPY CHRISTMAS AND A EXCITING, PROSPEROUS AND TROUBLESOME NEW YEAR!