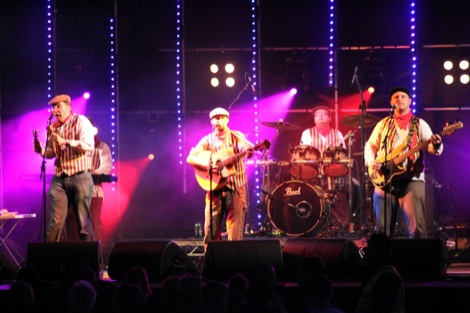 Monday to Wednesday Joe Thomas works on the ECHO sportsdesk like a Tolkien dwarf down the mines Moria. The rest of the week he puts his feet up back in the relative comfort of the Southport Visiter’s newsdesk. Knowing that his weekends are dull, uneventful affairs we packed him off to his local festival Southport Rocks – here’s his sonic musings from a day-trip by the sea.

Sunny Southport played host to a musical jamboree of unsigned acts as wannabe pop, rock and God-knows-what stars performed at Southport Rocks 2011.
And with the Futureheads headlining on the Saturday night being the only big name on the bill, it was an opportunity for the unsigned bands to impress.
A bizarre array of sights and sounds emerged from the ether, confusing and bemusing the inexperienced festival-goer that I am. 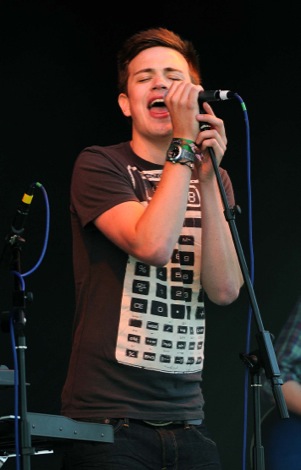 Kings Huntsman
One of the strangest sights had to be the Wild Eyes, whose mad, twisted style of music caught me by surprise.
The word ‘psychedelic’ gets used quite a lot by pretentious hipsters trying to label bands, but these certainly deserved that epitaph, with an exciting and wild performance that, well, lived up to their name.
Picture Book‘s fan base is swelling, and their confident performance made it easy to see why, while Thief Technique scared me with their awkward – but entertaining sound. 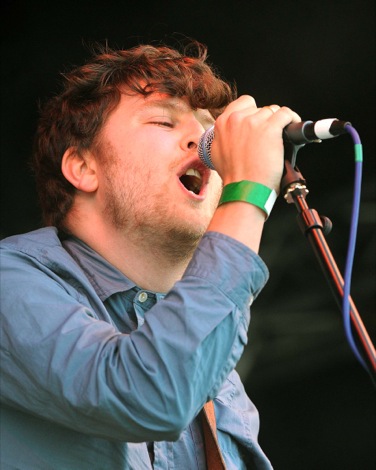 Berlin Berlin
However, my favourite performance from the ‘alternative tent’ was undoubtedly that of Liverpool-based Xander and the Pirates. Appearing like some sort of crazed conglomeration of Guns ‘n Roses, Dumb and Dumber and Bon Jovi, their performance was one of the most entertaining of the day as they leapt off stage to serenade revellers outside the tent with their catchy rock music.
Fifteen-year-old Miles Goodall was impressive on the main stage, while Freedom of the City, a Manchester group signed and primed to release music soon were a cut above most of the acts – as you would expect. 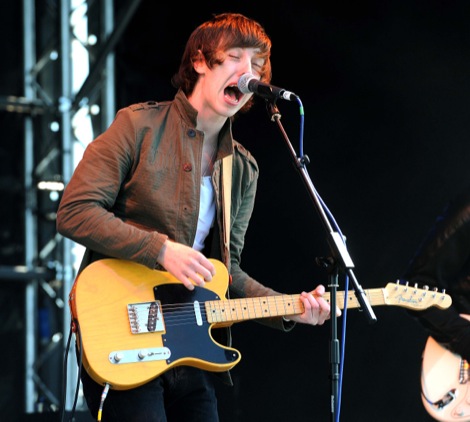 Catfish and the Bottlemen
Another great performance – my favourite of the night – was by Kid British. The indie-rock ska band have supported The Specials and The Enemy were far better, and more original, than the plethora of mundane, though talented, tribute acts that dotted the festival.