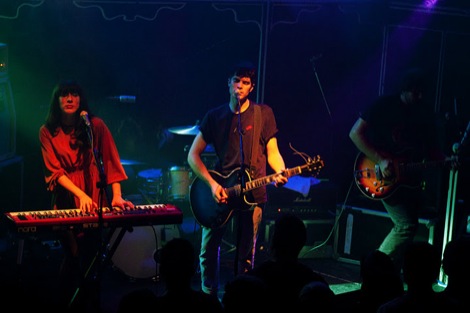 A trip to Perth some years ago threw up numerous observations: the Aussies sure know how to honey-glaze a steak, they certainly know to bottle up a fine bottle of vino in the Margaret River region and the world would unequivocally be a simpler place should we apply aborignal women’s law – a spear through your knee ligaments should you steal a can of coke would put off even the most opportunistic UK ‘rioter’.
But one thing Down Under seemed to be lacking was a progressive music scene – bars and clubs seemed trapped in a horrific stasis as 90s pop charts, or worse still, 80s hair rock were the dominant wet fart soundtracking Bruce and Sheila’s lugholes.
Should you be on the lash, fans of AC/DC would have a field day, while the emergence of Jet represented a new nadir memorably captured by the reviewing team at Pitchfork HQ.
Almost impossibly, judging by the current influx of Antipodeans, the music has regressed even further. Where lauded Perth rockers, Tame Impala, provide a distinct late 60s Brit psychedelia, Sydney’s Cloud Control are more indebted to the Californian summer of the Mamas and the Papas, The Byrds or the melodic Cali softrock of Stevie Nicks and Lindsey Buckingham.
Yet there’s a winning formula at work from the Blue Mountains’ quartet which makes for purdy listening – gorgeous sun-kissed harmonies and great swathes of euphoric hooks add up to a menu rich in simple, fine dining.
What Alister Wright (lead vocals, guitar) lacks in his on stage banter (currently the only person, bar Mark Lawrenson, still using ‘not’ jokes) he makes up in infectious geeky enthusiasm reflected in the yelping glory of Gold Canary and set stealer Death Cloud‘s ecstatic ‘yeah, yeah’s‘ and cavernous guitar rushes.
Then there’s Heidi Lenffer, who provides the perfect foil (or perfect eye candy, whichever you prefer), all sashaying hips as her burnt orange dress collides with an immaculately preened tumble of shoulder length hair – should L’Oréal find Cheryl Cole‘s stock plummet in future, I’m pretty certain Cloud Control‘s tambourine-shaking keyboardist could deliver a mean ‘I’m worth it.‘
And its her intuitive flutters on the keys and really quite powerful vocal anchoring that provides a sonic backbone to their whole. 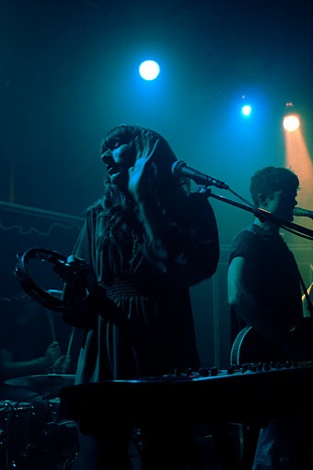 Heidi Lenffer
But it’s their tight simplicity which makes them such a pleasing proposition. This Is What I Said‘s little more than a jangle; a one-note bass thrum and four-part ‘yeah-yeah-ing’ – yet it’s a treat. The acoustic strum of Just For Now is little more than a Kinks-like ‘hey hey, woohooing,’ but slivers into your subconscious immediately.
And it’s when these ditties are ramped up into bigger slabs of sound that the whole experience becomes something special. An instrumental encore channels MBV‘s shoegaze loveliness while Meditation Song #2 finds drummer Ulrich Lenffer and Jeremy Kelshaw joining the four-way vocal suite for a Laurel Canyon stomp with Heidi adding Ray Manzarek Moog spiritual swiddles. 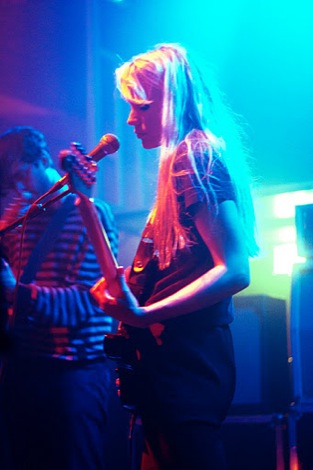 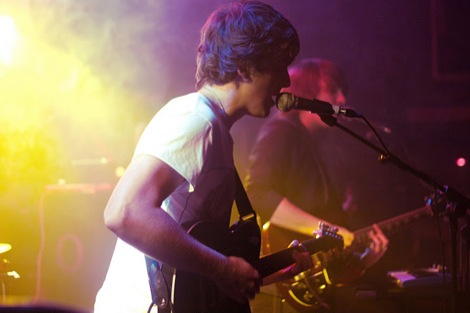