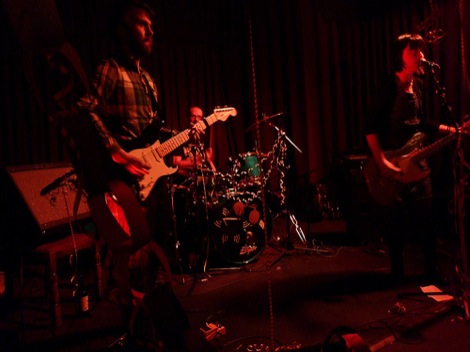 Puzzle kick off Used Vinyl Club’s year-long run at Mello Mello and on this evidence Getintothis’ Charlotte Hodge is signing up for a full-term membership.

It has already been a belting year for new music in Liverpool yet the launch of new club night Used Vinyl Club is bringing a fresh approach to a well-worn tradition.
Over the course of the next 12 months, Used Vinyl Club will collectively bring together artists that have brought so much to the Merseyside scene from the last decade, and on monthly showcase nights at Mello Mello release their new offerings.
Nights have so far included Elle S’appelle and Barbieshop, and over the next 10 months will also feature Voo, 28 Costumes, Married To The Sea, House That Jack Built, Guild of Defiants, Doubledoubleplusgood (from the ashes of Tokyo Adventures), Hallo…I Love You! and Meow Meow
However, launching the whole shebang and marking the release their new EP Everything You Ever Made, were Puzzle.
First up though, Getintothis is treated to half an hour of bluegrass goodness and a ton of fun with The Loose Moose String Band, covering the likes of Billy Ocean‘s Get Out Of My Dreams and Depeche Mode‘s I Just Can’t Get Enough much to the delight of the now packed Mello Mello. Fiddles, banjos, guitars and double bass all go full pelt and get the evening off to a great start. 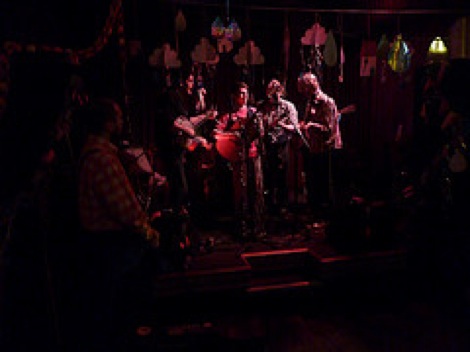 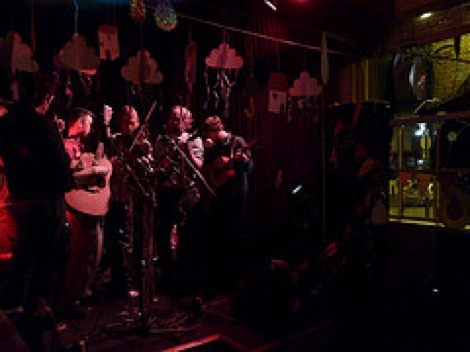 The Loose Moose String Band.
Puzzle take to the stage surrounded by cut-out paper scenes all in the theme of the artwork to their EP and enough bunting to prompt comment from singer Lucy Johnson: ‘It looks like somebody has vomited fun!’.
Taken from the EP, Cut Short is a nostalgic slice of bitter-sweet pop, the kind of which Puzzle have come to excel at.
Hopes and Plans is played with a confidence that displays guitarist David Johnson‘s open-tuned indie-rock riffs perfectly while sister, Lucy, yearns for days gone by; ‘We’re blaming the days behind us, excuses sound the same…‘. 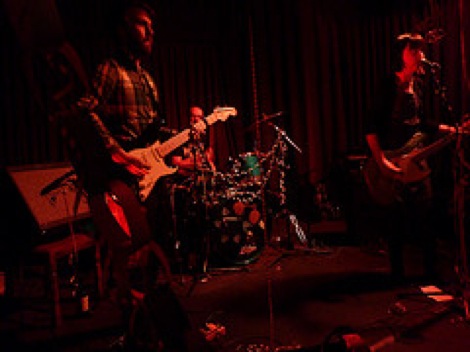 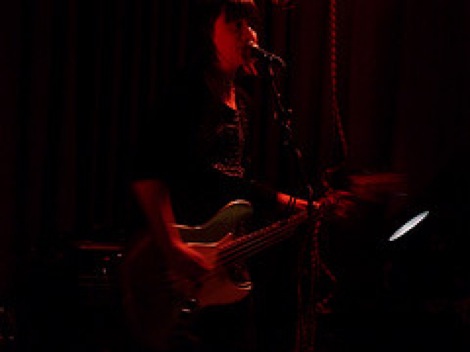 Puzzle.
Puzzle have been playing together for a good few years now and have releases under their belt on the likes of Polyvinyl (including a split 7″ with Someone Still Loves You Boris Yeltsin) and it’s this experience that is evident tonight.
Used Vinyl Club have commandeered Mello Mello on the first Friday of each month for the next seven months and have set the bar exceptionally high with their opening two salvos (Elle S’appelle and Barbieshop review to follow) – Getintothis has signed up for a full-term’s membership.