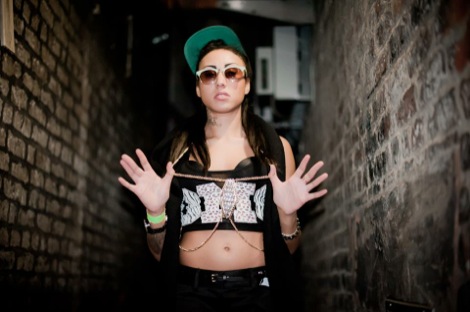 After spending her early teens blagging into clubs and grafting for free, it wasn’t until she earned the seal of approval from Mercury winner Ms Dynamite that Toxteth rapper Jade Jackson knew she was on the right path. Now with a GIT Award nomination under her belt too, Getintothis’ Orla Foster meets the former LFC Ladies striker Miss Stylie who’s determined to prove she’s in this game to win it.

When it comes to fulfilling your dreams, landing a place in the Liverpool Football Club squad would be enough for most people.
Equally, being offered an American basketball scholarship would probably do. But our next GIT Award nominee sets the bar a little higher than your average: after turning down her fair share of sporting opportunities, Miss Stylie – aka Jade Jackson – has only one goal in sight, and it’s getting her music heard.
Hailing from Toxteth, the talented MC has seen her reputation soar as one of the forerunners of the Liverpool’s urban music scene. She’s pretty versatile too. Football, basketball, boxing, DJing, MCing – Miss Stylie isn’t one to shy away from a challenge.
‘Anything the lads can do, I have to go one better,’ she laughs.
Success didn’t arrive overnight, mind – it’s the result of several years’ hard work. After leaving school early she took up DJing; a move which was to be the making of her.

Freed from the bind of double physics, she was able to completely immerse herself in music. DJing soon led to MCing, which fuelled her appetite for spontaneity and coming up with rhymes on the spot.
But it takes guts to make it as an MC, especially if you start out underage and find yourself denied entry into the same clubs you’ve been hired to play.
As a result, Miss Stylie‘s first set very nearly didn’t happen. Buzzing with anticipation and nerves, she had to hang around outside Fudge pleading with door-staff to let her in. Eventually, the bouncer realised she would stand there all night if she had to.
‘They let me in, I got on the decks and it all paid off. The place went nuts!‘ Jade recalls.
‘But I wanted to prove a point to myself. I never used to get paid for shows back then, and they were long nights.
‘I’d walk to town in the rain at 10pm, then at 4am I’d be walking in the rain back home again. It never bothered me because I was just so excited for the next opportunity to show what I was made of.‘

She’s an artist with serious grit, and her passion for making music is obvious. What’s more, her material is as vibrant as her personality, showcasing lyrical dexterity and quick-witted ripostes.
Drawing on a wide range of house, grime and hip-hop influences, Jade cites Nicki Minaj and Ms Dynamite among her idols – so it was a dream come true to support the latter at Magnet last year.
‘Performing with Ms Dynamite took things to another level. It was a bit of a tearjerker, if I’m honest. She’s an artist I really look up to because she’s got where she is through hard graft.
‘In this business, you’ll find a lot of people trying to make it through the back door, taking the easy route. But when you do things all off your own back, you end up a stronger artist because of it.‘ 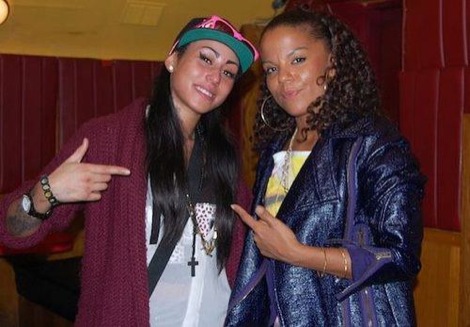 So what does it mean to be nominated for the GIT Award?
‘I’m speechless. It’s such a shock to see my name up there, but I’m really happy that my work’s been recognised along with so many great acts.
‘It’s another motivation to put things in order, to get the album ready and make my name as an artist.
‘I’ve been hiding behind the scenes for a while, but now it’s time to get my music out there.‘

Miss Stylies’ debut EP Heavy Salad is out May 1 followed by her debut album proper In It To Win It later this year.
Follow Getintothis on Twitter for more GIT Award updates.