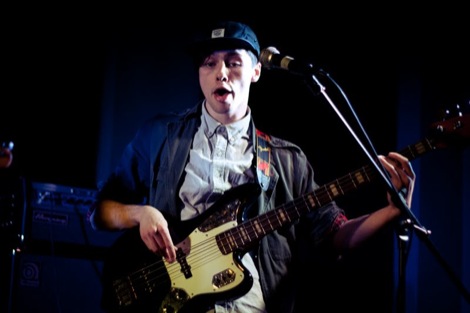 The young guns of the GIT Award, Ninetails, went off with a bang – and as Philip Morris tells Getintothis there’s plenty more where that came from.

It’s fair to say Ninetails were the darlings of this year’s GIT Award.
With their infectious tunes, cheeky stage presence, unstoppable enthusiasm – and Philip Morris‘ elasticated facial expressions, they quickly became many people’s pick for the main prize.
Of course, there radio-ready tunes are key to that draw too – and after impressing so many at the GIT Award, there seems to be no stopping the momentum with a raft of gigs and a new tune set to drop later this month.
Getintothis caught up with Phil in the aftermath of the GIT Award to reflect on a cracking six months for the band.
Getintothis: What did you make of the GIT Award 2012?
Philip Morris: ‘I thought it was brilliant, from the organisation to the ethos.
‘It’s clearly going to be an annual occasion from now and I honestly can’t wait for the next one . Ed (Black) described it as as one of the best nights of his life. So if nothing else you’ve put a smile on the face of a young man from Chester.’ 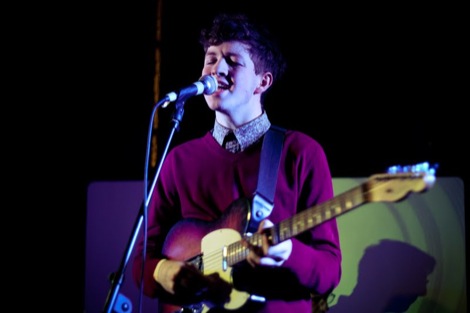 Ninetails’ Ed at the GIT AWARD 2012
Getintothis: What message did you think the GIT Award sent out?
Philip Morris: ‘I think it showed the brilliance of Liverpool’s music on a national platform. There are very few cities that could have pulled something like this off, clearly Liverpool’s music scene is one of, if not the best in the country.’
Getintothis: What were your highlights from the GIT Award 2012?
Philip Morris: ‘The image of Peter Guy, Ed Black and Miss Stylie skanking away in the intermission will love long in the memory. If that isn’t a microcosm for the city’s musical diversity I don’t know what is.’ 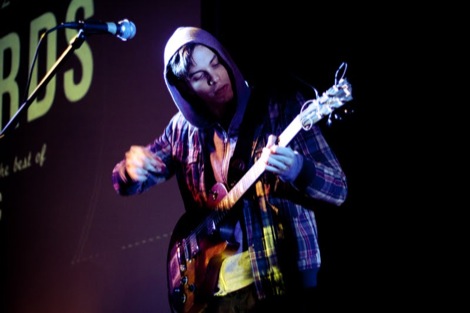 Ninetails’ Jordan at the GIT AWARD 2012
Getintothis: Thank you so much for your music and good luck for the future – what’s next for you?
Philip Morris: ‘Our new single Blue Bottle Flu is out on May 21 on Superstar Destroyer Records.
‘We’re also playing the Big Scary Monsters stage at Liverpool’s Sound City on the 19th. After that we’re going missing for a while to write some music that will make you weep. 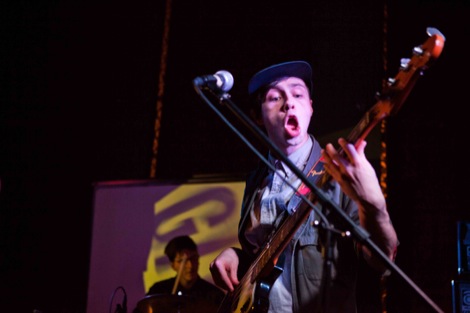 Ninetails’ Phil at the GIT Award 2012
So without further ado, here’s that there new single. Magic.