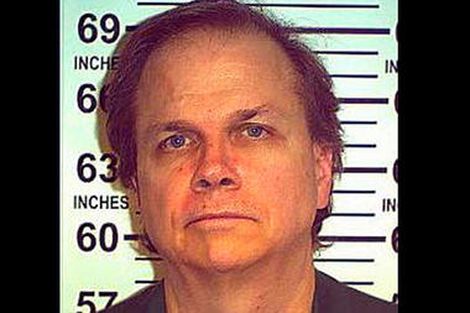 The killer of Liverpool Beatles legend John Lennon has been denied release from prison in his seventh appearance before a parole board.

The killer of Liverpool Beatles legend John Lennon has been denied release from prison in his seventh appearance before a parole board.
Mark Chapman, 57, was denied parole after a hearing, the New York Department of Corrections said, but he can try again for parole in two years.
Chapman shot Lennon in December 1980 outside the Manhattan apartment building where he lived, 10 years after the Beatles split up, and was sentenced in 1981 to 20 years to life in prison after pleading guilty to second-degree murder.
Chapman was transferred in May from the Attica Correctional Facility in western New York to the nearby Wende Correctional Facility. Both are maximum security.
The prison system does not disclose why inmates are transferred.
Board member Sally Thompson wrote: ‘Despite your positive efforts while incarcerated, your release at this time would greatly undermine respect for the law and tend to trivialise the tragic loss of life which you caused as a result of this heinous, unprovoked, violent, cold and calculated crime.‘
At his previous hearing, Chapman recalled that he had considered shooting Johnny Carson or Elizabeth Taylor instead and said he chose Lennon because he was more accessible, that his apartment building by Central Park “wasn’t quite as cloistered”.
Chapman fired five shots outside the Dakota apartment building on December 8, 1980, hitting Lennon four times in front of his wife, Yoko Ono, and others.
The former security guard said his motivation was instant notoriety but that he later realised he made a horrible decision for selfish reasons.
Ono, 79, said two years ago that she was trying to be “practical” in asking that her husband’s killer remain behind bars and that Chapman might be a danger to her, other family members and perhaps even himself.