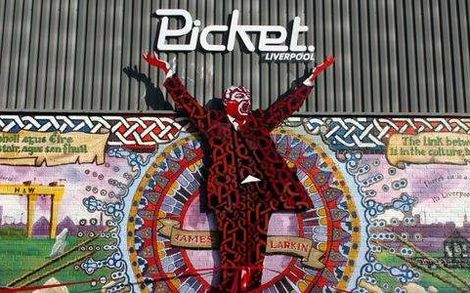 The Museum of Liverpool is to unveil a new display, exploring a potted history of one of Liverpool’s legendary independent music venues.
On view in the Wondrous Place gallery, The Picket: on music’s front line records the story of this unique music venue, which has been at the forefront of the city’s grassroots music scene for more than 25 years.
Developed in collaboration with its founder Philip Hayes, the display uses objects, quotes and film to unravel The Picket’s history, which began in the Merseyside Trade Union Community and Unemployed Resource Centre on Hardman Street, in 1983.
Paul Gallagher, Curator of Contemporary Collecting at the Museum of Liverpool said: ‘The Picket has been such an important part of the Liverpool music and youth scene. It’s still here, still making a difference and it was vital we represented it within the Wondrous Place gallery, which celebrates the city’s creative and sporting talents.
‘It’s not all been plain sailing for the venue; it’s survived closures, funding cuts and industry changes to come out on top. It’s a great story to tell and remains very close to many people’s hearts within this city.‘
The Picket was opened at a time when Liverpool’s unemployment levels were particularly high, and young people in the city were heavily affected. With funding support from famous names including Pete Townshend, Elvis Costello and Paul McCartney, it opened to give the young and unemployed an opportunity to record and perform, and over time has launched the careers of many bands including Space, Cast, Shack, The Coral, The Wombats and The La’s, who played their first gig and recorded their first demo in the studio.

The Hardman Street venue closed in 2004, but after a campaign to ‘Save The Picket‘, local creative communities rallied to find its new home in Jordan Street, where it opened in 2006 and remains as one of the most established and respected music venues in the city.
Philip Hayes, founder of The Picket said: ‘I was made up to be invited to tell The Picket’s story at the Museum of Liverpool. To be featured alongside The Beatles and many of Liverpool’s other cultural treasures is a great honour.
‘The display I hope will pay tribute to the many musicians and people of Liverpool that have supported The Picket over 25 years. Without their help we wouldn’t be here and about to embark on a new episode in The Baltic Creative District.‘
The Picket: on music’s front line features items that reflect the diversity of the venue, from a bass drum used by The La‘s between 1988 and 1995, to a can of Red Bull; the preferred drink of choice for under 18s at dry-bar gigs in the venue. The display will also include objects relating to Wirral-born DJ John Peel, such as the John Peel Memorial Trophy awarded in the football tournament organised by The Picket and Peter Hooton from the Farm in tribute to Peel’s outstanding contribution to music.
Paul Du Noyer, music author and Picket board member said: ‘Ten years ago I launched my book Liverpool: Wondrous Place, about the city’s musical history. Choosing The Picket for my party venue was a no-brainer. The Picket is living, breathing proof of Liverpool’s musical vitality and a proven incubator of new talent. It’s fantastic to see it represented in the Museum of Liverpool.‘ 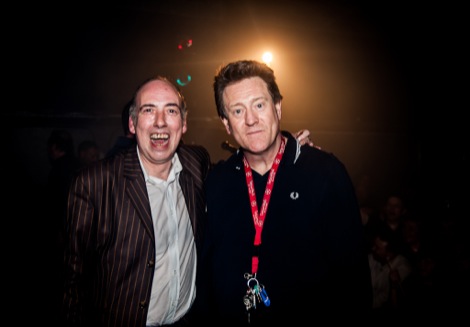