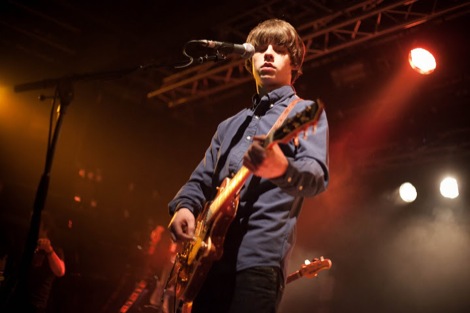 We’re halfway through the gig and Getintothis has moved five or six times.
It may be wonderful for an artist’s career and bank balance when they move quickly from the toilets to a sold out O2 Academy big room. But it does jack shit for their connection with an audience.
Jake Bugg is finger-picking his way through a gorgeous Country Song and the first 300 or so are singing along and loving it.
Those of us behind? We’re straining to hear over the noise of a crowd determined to chat, text, scream, shout and basically behave like the singer is a hologram. 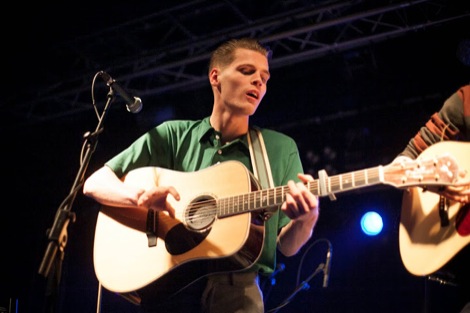 Hudson Taylor in action supporting Jake Bugg at the O2 Academy
It’s a shame. Bugg is anything but a fake. The young Nottingham songwriter has a tight band, good songs and a unique voice. Yes, you can hear The La’s. Buddy Holly and Johnny Cash too.
But there’s an authenticity to Ballad of Mr Jones, Taste It and song of the night, ‘Seen It All’. The melodies are familiar – though you can’t quite believe a 19-year-old has already found his way around them.
The night started well. Warmly received support slots from Dublin busking duo Hudson Taylor and the roots and blues of US singer Valerie June got the crowd in the mood for an evening of troubadour tales. 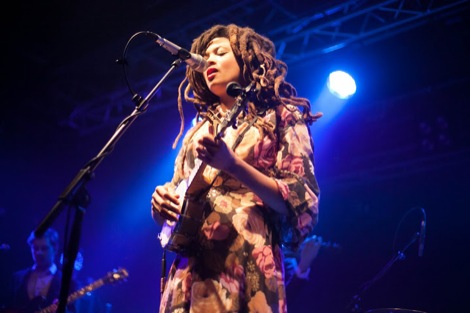 Valerie June warms proceedings up for a fervent Jake Bugg crowd
Make no mistake though, the punters were there for one man.
A number one album, support slots with Noel Gallagher’s High Flying Birds and singles on the radio have all helped push Jake Bugg into the mainstream. And so far he is swimming rather than sinking.
Sure, he couldn’t take control of a full room determined to tell each other what they were thinking, but for those who listened, the rewards were there.
The songs aren’t full of riffs or colour – but they do have melody and lyrical depth. And, for a songwriter under 20, that’s enough for now. 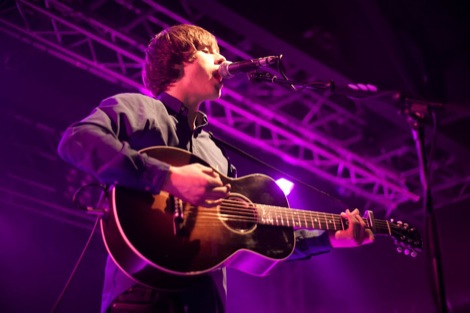 Jake Bugg provides lyrical and melodic depth for this adoring crowd
Immaculately delivered singles Two Fingers and Lightning Bolt finally brought the room together and the gig ended with a loose attack on Johnny Cash‘s Folsom Prison Blues. Though none of us bought the singer telling us how he “shot a man in Reno…”
The signs are good. Let’s just hope he grows up quicker than his audience.
Pictures by Getintothis’ Marie Hazelwood