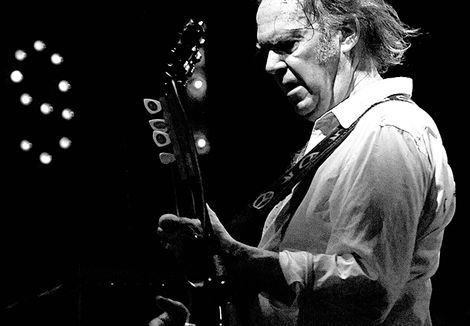 Neil Young and Crazy Horse play the Liverpool ECHO Arena on August 18.
The Liverpool date is the Canadian singer songwriter’s first since playing the city’s Empire theatre in 1973 as part of his Tonight’s the Night tour with The Santa Monica Flyers.
Getintothis last reviewed Young, as part of his stunning Chrome Dreams II tour, back in April 2008 at the Manchester Apollo, where he showcased his remarkable back catalogue across a stunning two and a half hour set.
Young’s date also forms part of the new Liverpool International Music Festival, which replaces the much-maligned Mathew Street Festival, announced last week.
He will appear in Liverpool as part of his Summer 2013 tour, the first time he has toured in the UK since 2009 when he headlined at Glastonbury, the Isle of Wight Festival and Hard Rock Calling.
It will be the first time the 67-year-old has performed in Britain with Crazy Horse since 2001. The trio, without Young, performed at the ECHO Arena in 2010.
Last year Young and Crazy Horse released double album Psychedelic Pill.
The record includes the longest track of Young’s career, the 27-minute opus Driftin’ Back, which was recorded in Hawaii.
They recently toured North America and are set to tour Australia and New Zealand in March.
The band first performed with Young in 1968, releasing legendary albums including 1969’s Everybody Knows This is Nowhere and 1979’s Rust Never Sleeps.
Liverpool Mayor Joe Anderson commented: “We are delighted Neil Young & Crazy Horse are going to be part of the first Liverpool International Music Festival. This is a fantastic coup for the festival and for the City. Neil Young & Crazy Horse are world renowned artists and having them as part of the Liverpool International Music Festival will get the week off to an inspirational start“.