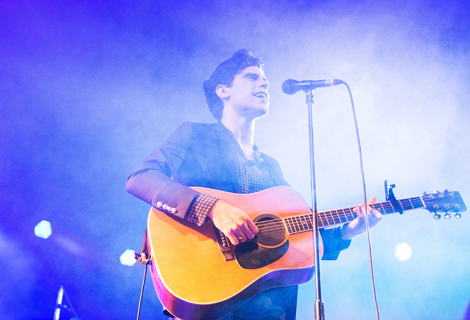 Liverpool Sound City begins with a balmy night, Getintothis’ Rosanna Hynes laps up a pop-sized catch in the Cathedral

The gorgeously warm day turned into balmy evening as Getintothis headed into The Brink to check out My Forever.
There were a reasonable large number of people sat waiting, despite it only being 7pm, which we took as a good sign. These charming lads, hailing from North Yorkshire, are clearly talented musicians with a rock-pop style that’s really likeable.
Their performance was tight and professional, and you can’t fault their enthusiasm, but it was all a bit forced. The punk-by-numbers style (complete with tame Sid Vicious hair on the lead singer) and the carefully theatrical stage moves fail to really seem like rock in the true sense.
Their Fightstar-esque songs are good and catchy, but My Forever definitely need to spend some time exploring their potential as an act before they can drive the crowds wild.
Next, The Balconies wowed at Brooklyn Mixer. They’re super heavy, super hot and Canadian. Their frontwoman wails both vocally and on her guitar, and comparisons with Sonic Youth aren’t too far wide of the mark. Their single reminds us of the Yeah Yeah Yeahs and their onstage presence gets the crowd’s attention with such practised ease that people crowd the entrance, trying to source the sound. They’re touring now, and they’ve just released a single, which you just have to listen to.
Onwards it was then, to join the crowds thronging uphill to the Anglican Cathedral to see on of the festival’s biggest bands – Noah and the Whale. It’s an incredibly impressive venue, with a moodily-lit stage in front of the altar in the main section.
The acoustics obviously aren’t great, but all that was pretty easy to ignore when Noah and the Whale took to the stage. Their indie pop is clearly trendy right now – the cathedral was packed with a crowd of hip young things, though it was surprising they were so unresponsive, simply standing and swaying and watching. 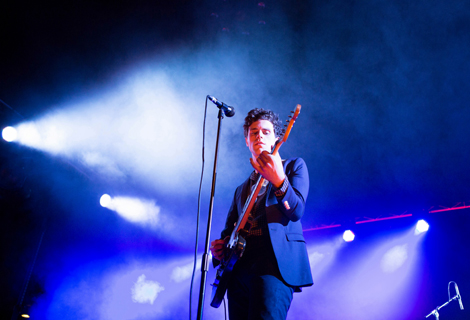 Noah and the Whale – polished but few risks
Noah and the Whale played a long set full of a mix of old songs, stuff from their most recent album and even a few sneaky tracks from their upcoming album, due for release next week. They translated really well from album to live performance, but it would have been good to seem them take a few risks with their well-known songs. 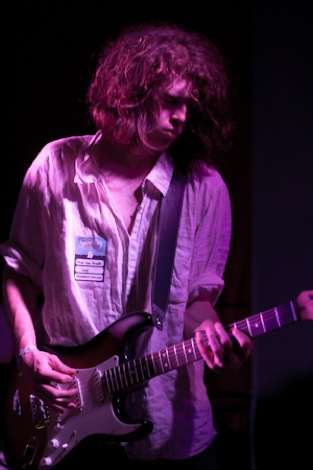 Deep Sea Arcade at Leaf
Finally was Deep Sea Arcade at Leaf – a lovely venue to finish in and a real high note to end the evening.
Their trippy Australian rock is heavily influenced, it seems, by the Stone Roses, Oasis, The Coral et al. They played loud and tight, with a rolling swell to the set that flowed intuitively from track to track, only breaking to fine-tune their kit. Their album is full of belters, but if you get chance to catch them before they depart, do so. We’ll see you there.
Pictures by Getintothis’ Matt Owen and Tom Adam.