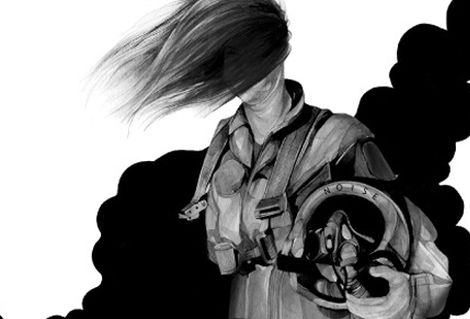 Daniel Avery understands club culture like few others.
To be fair, having been a resident at Fabric for a number of years, and having contributed a mix to their Fabriclive series, so he should.
Yet new album Drone Logic captures the very essence of late-night dancefloor tales; the addled fusion of peaked delirium counter-balanced with murky lowend fuzz ebbs and unravels throughout the 12 tracks of his new album.
Unfolding seamlessly, Drone Logic works like all the best DJ sets – as a whole – one complete vision taking the listener on an extended beat-driven trip.
Best of all is the production, there’s no striving for excessive pummelling of the senses, instead Avery’s trick is to eke out seductive propulsions of sound which gently toast your very being into a state of frazzled psychosis.
Avery comments: ‘I always think of myself first and foremost as a DJ. I was a DJ way before I ever thought I might make my own music. I knew from the beginning of recording that I wanted it to be an album rather than just a collection of tracks. Having played in clubs for ten years, I have a feeling of how dancefloors work and change throughout a night. And there are definitely tracks that I’ve made with certain dancefloors in mind.‘


And here’s the Factory Floor (Gabe Gurnsey Remix) of the title track. Beast.

Drone Logic is out October 7 via Phantasy/Because.
Factory Floor play The Kazimier in December.