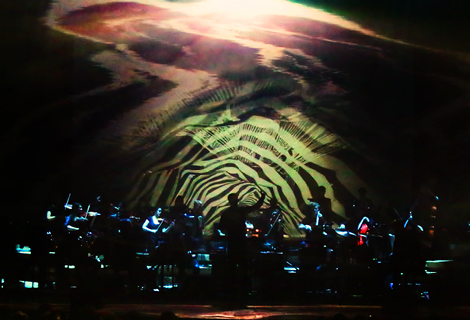 It is words such as these which resonated and gave bloom to the devotion people feel for the late Ian Curtis, the front man of Joy Division. It is a devotion ardent as that felt for rock’s most tragic icons such as Kurt Cobain and Richey James.

For many, Joy Division’s work became sacrosanct following the suicide of Ian Curtis so it was a bold undertaking when the Heritage Orchestra decided to reinterpret the band’s body of work and in such a way that would inevitably draw focus away from Curtis’ lyrics. Tonight’s audience at the Liverpool Philharmonic Hall bore witness to the fruit of that experiment – an electro-orchestral cinematic rock fusion bolstered by an impressive visual display.

It should be kept in mind that Joy Division are celebrated as a band in the truest sense and the reality is that they were much more than just Ian Curtis – as the remaining members would prove once re-established as New Order. Joy Division had a considerable influence in shaping the dark, brooding sound of the post-punk new wave scene and this is one principal aspect of the band which has been extrapolated and given a contemporary shot in the arm for this ‘Live Transmission‘ set. It lasted for around 75 minutes and held the audience rapt throughout. 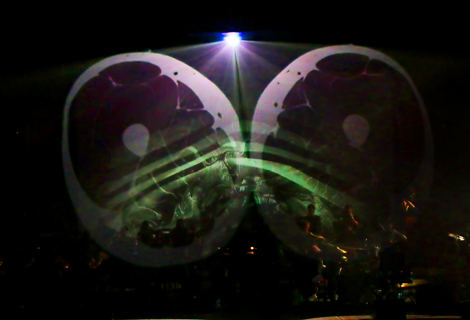 Anticipation built as projected beams of light cut through the dry ice, searing abstract images into the stage foreground as the reworked Transmission rumbled into life against the backdrop of a video installation which would convey a familiar dystopian aesthetic of darkened factoryscapes and oppressive clockwork mechanics.
Drums thundered from nowhere and immediately re-set the heartbeat of the audience, demanding something more vital. Atmospheric Eno-esque textures drenched the ether as the auditorium started to rumble with post rock guitar drones. Sequencer patterns drifted in and out and finally the Orchestra’s brass section burst forth and strings took flight. Was this Joy Division? Did it matter?

A sensitive interpretation of Isolation followed which saw Curtis’ handwritten words of heartbreak projected onto the stage foreground as the ensemble did an impeccable job of amplifying their impact and fleshing out meaning. Then came a rendition of Dead Souls featuring a considered synergy of sound and vision as Curtis’ nervous staccato stage movements were assimilated and used to drive the track.

Atmosphere proved to be a fitting highlight of the evening, the title itself alluding to the essence of the show’s concept. Seductive choral harmonies were provided by two female vocalists as the orchestra poured everything into the performance.

After a very brief pause the evening’s performance drew to a close with an unexpectedly warm interpretation of Love Will Tear Us Apart complete with lush strings and a swing time vocal. It was a strange juxtaposition which bordered on the absurd but proved oddly poignant, hearing Curtis’ bleak and rawest lyrics performed against the grain.

This was a show which really packed a punch and drew an emotional standing ovation from the crowd. The sincerity of the band was never less than absolute all night and that sincerity truly echoed back in the applause.
On a technical level the ensemble succeeded in seamlessly blending the traditional instrumentation with the ebb and flow of the electronica in a way exemplified by the very best contemporary movie scores. The post rock component was performed by Three Trapped Tigers‘ drummer Adam Betts and guitarist Matt Calvert who proved to be quite a revelation, confidently commanding the stage during periods when the orchestra faded into the background.

On a more fundamental level, they achieved the musical equivalent of a philosopher distilling years of wisdom into a simple sentence. They pared down the complexities of Curtis and Joy Division to the most fundamental elements, visceral feelings of isolation, hopelessness, fear, even terror. The result is something bearing their own authorship which pays noble tribute to a timeless band. 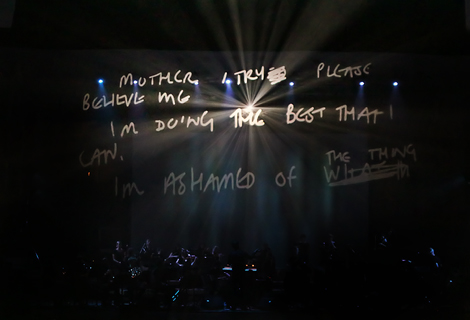 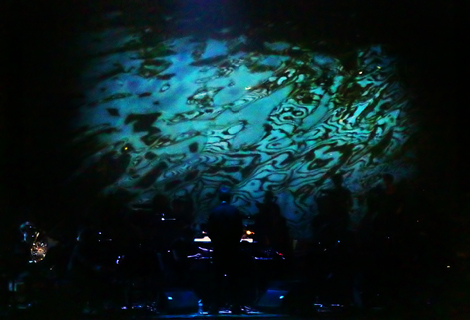 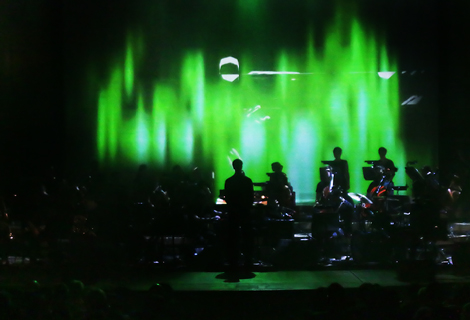 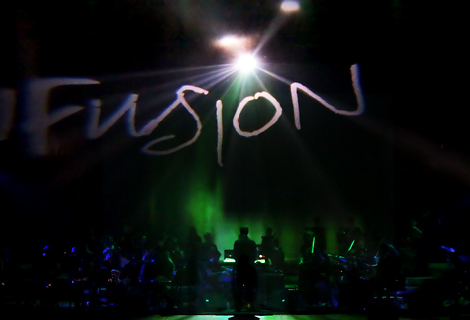 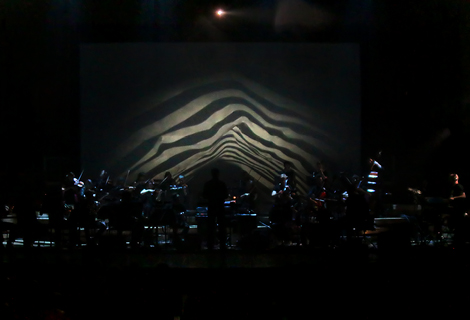