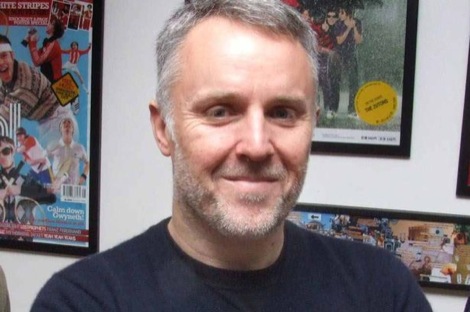 Alan Wills – Merseyside music pays tribute to the man that launched the careers of The Coral, Zutons and more.

The funeral of much-loved Deltasonic founder Alan Wills took place in Rainford today.
Family, friends and musicians from around the country gathered together to pay their respects to the man that launched the careers of The Coral, Zutons, Candie Payne and many more.
Hundreds gathered in the serene setting of GreenAcres Woodland Burials paying tribute to Wills, who was described by former Coral guitarist, Bill Ryder-Jones as “an unending well of energy and positivity.”
Wills, who was also drummer in Liverpool bands Shack and Top, was described by Candie Payne as a man, “who changed Liverpool with his boundless energy, his unrestricted and off the wall imagination.”
Among those in attendance were members of Echo & The Bunnymen, Shack, Cast, The Lightning Seeds, The Farm and dozens of new Liverpool artists while Noel Gallagher tweeted a short tribute.
Mr Wills, 52, died after an accident while cycling along East Prescot Road, Page Moss earlier this month.
He is survived by partner Ann and son Sonny.