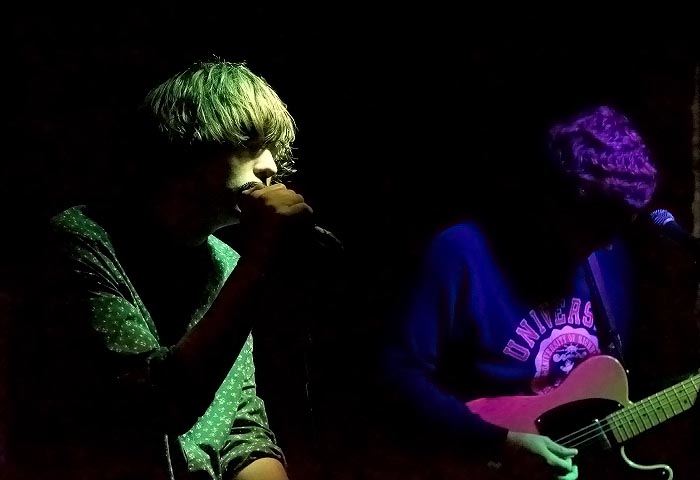 Too often does a new band emerge, heralded as the new saviours of rock and roll off the back of one or two singles, catapulted to the Radio 1 playlist and described as the hottest band in the world by Zane Lowe, only for them to never really make anything of themselves. Too many bands hit dizzy heights too early on, and struggle to follow up their early singles, often rushing to make an album made up mainly of fillers written in a rush. Neon Waltz have taken a different approach. After locking themselves away up in Caithness, Scotland, working up an impressive set of songs and getting them recorded, they have slowly began their attack, and are beginning to be spoken about in all the right places. Off the back of tonight’s showing it’s easy to see why. Their songs feel instantly memorable and catchy, with the addition of an electric organ giving it menacing, slightly Doors-y undertones, giving them a stand-out sound from your average indie band.

Perfect Frame and single Bare Wood Aisles are highlights from a massively impressive set, which featured a guest appearance from Liverpool’s own Bill Ryder-Jones who had performed a swift set earlier in the night, which we unfortunately missed. Fronted by an enigmatic singer hidden beneath a mop of hair, Neon Waltz’s persona is so calm they almost appear completely static, yet it is somehow impossible to take your eyes off them, such is the huge, dynamic sound they give off. They feel raw, but still really accomplished. 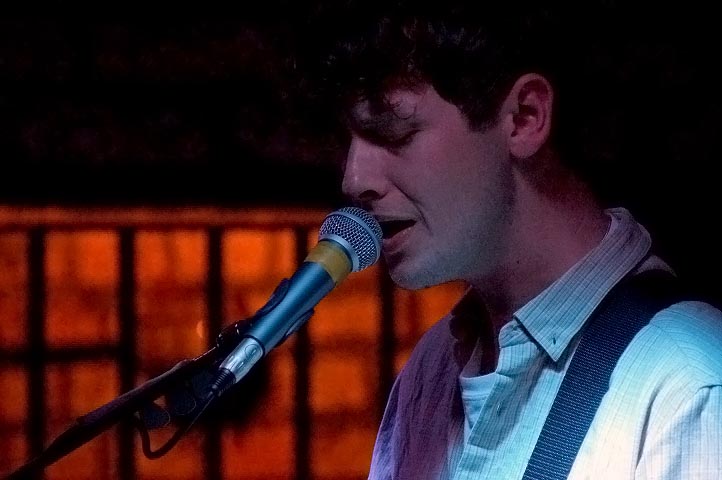 Bill-Ryder Jones performing with Neon Waltz at The Shipping Forecast

The real stand out song of the performance is Sombre Fayre, a track which was a real showcase for everything that is good about this band, with it building slowly from bare, jangly guitars, shifting in key and dynamics and building a wall of sound, surrounding the raw vocals. This movement between rhythms and keys is a real sign of what impressive songwriters Neon Waltz are. A band’s name usually has no baring whatsoever on their actual sound, but the trippy electric organ gives them a psychedelic fairground waltz feel. It’s early days still, but it feels like this band could have the full package, and if they carry on writing songs like the ones on show tonight, they could go far.

Earlier, Black Rivers, the new side project of Doves‘ brothers Jez and Andy Williams, followed a blink-and-you-miss-it set by Bill Ryder-Jones. The Williams‘ like Doves frontman, Jimi Goodwin, are back in the limelight, their first foray since 2010. And make no mistake this was no limping-dog sideshow ala Beady Eye, Black Rivers feel different. 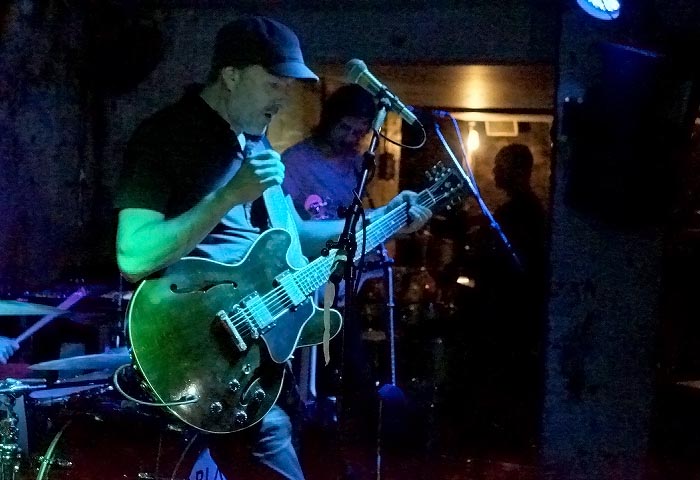 Opening single The Ship does contain elements of Doves’ sound with the acoustic and melodic verses, but is lifted by pulsating synths and an almost krautrock driven, bass sound, something which is present throughout the set, showing there is a bit more to them than your average spin-off outfit. They too are gone almost as quick as they arrived but there’s enough here to suggest they can take the performance to bigger venues  – not least given Andy‘s chasmic guitar structures and those aforementioned synth lines. Bombastic, yet beautifully delivered.