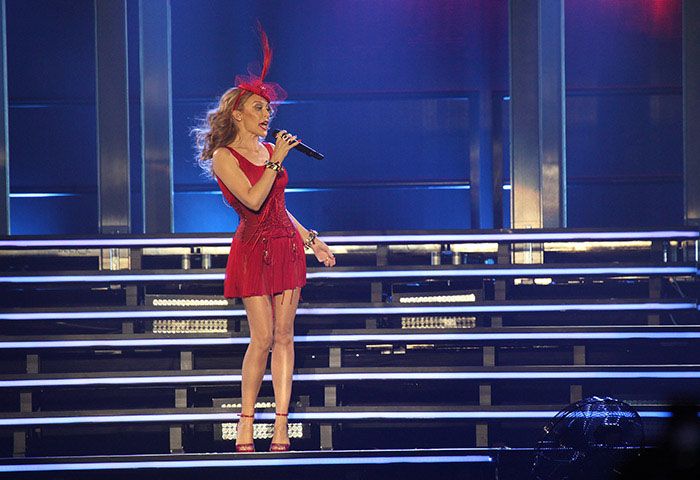 After performing in the city 25 years ago, Getintothis‘ Steph Niciu witnessed the triumphant return of pop royality.

As far as making an entrance goes, Ms Minogue gave the crowd something to talk about, as she lay seductively between a pair of lips in a ravishing red leotard.

It was playful, sexy and just a little bit cheeky. Throughout the night, she was showered with adoration and affection by her Scouse fans. The pop songstress lapped it up to produce a show that was a distilled version of Kylie’s essence and then some.

Although it did take her some time to get the party started. She kicked off with Les Sex from her new album Kiss Me Once. The song was bland and lacklustre failing to ignite the audience like it should have. Minogue followed it by In My Arms and Timebomb with its futuristic sound which was full of attitude. But then, Kylie pulled out her a trick with WOW from her offering X. The bright and joyful dance track got the crowd on their feet for a boogie. And now, we knew the night had really begun. 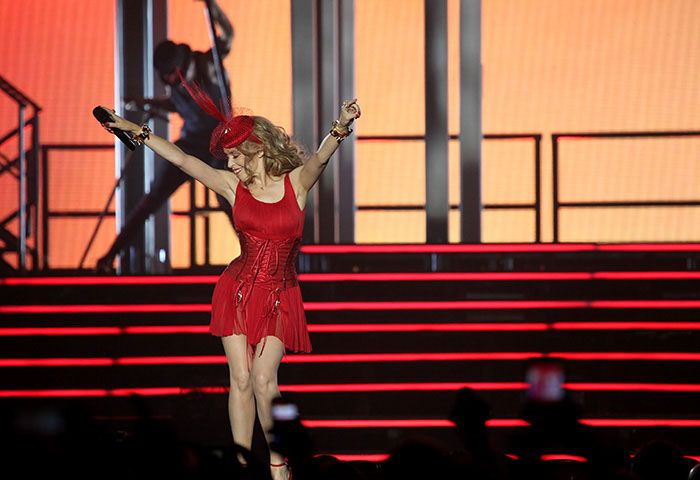 Just as quickly as she arrived, Kylie disappeared only to return in a short and sparkly dress, which was flirty and cute. She threw some shapes and did her best dad dancing. No, really! You’ve got to admit that with a back catalogue as extensive as Minogue’s, she has a lot to choose from. But rightly so, she rewound the clock and performed Step Back In Time and Spinning Around, much to the delight of the crowd.

Then it all got a bit weird. The show kept flitting between different styles which made it quite disorientating. There was Kylie at a rather wacky disco with backing dancers that resembled wooden toys. This seemed to compliment the cheesiness of Your Disco Needs You, which sounded like a Eurovision entry, and had Kylie speaking French, really randomly. But she did finish with a fabulous falsetto, which allowed her sweet but strong vocal to shine through. 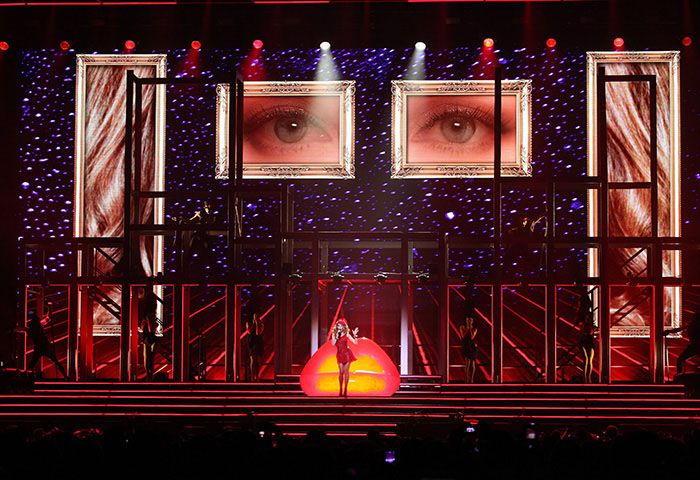 By the time we got to classics such as I Should Be So Lucky, it felt like we had been transported to something that wouldn’t look out of place in a Katy Perry concert. Loads of pink, cartoon character graphics on the screens and dancers dressed like Barbies. Heck, Kylie even re-created the bath scene from her video. But you know what? Underneath all of that, it was actually rather fun.

Kylie stuck to the crowd pleasers for the majority of the show. And when she did put in songs from her latest album, such as Sexercize and the ballad Beautiful, they were far too generic and as a result didn’t make much impact. Minogue, however, performed a version of Can’t Get You Out Of My Head which was packed full of punch. It was edgy and cool. During Kids her hit collaboration with Robbie Williams, she embraced her inner rock chick with the help of a great electric guitar solo.

Throughout the show, Kylie demonstrated why she is so loved by her fans. She may not be the most controversial of pop artists but what has earned Kylie respect is that she has remained true to herself during a career that has spanned over 20 years. We could see this when she invited superfan, Paul St German, who got a tattoo on his leg signed by the pop princess herself, onto the stage to duet with her on Especially For You. She was so lovely and down to earth and it was all the more touching when he was overwhelmed as he sang with his idol.

Closing the show with All The Lovers and Into The Blue in a spectacular showgirl costume, she succeeded in delighting her fans who without a doubt welcomed her back to the city with open arms. 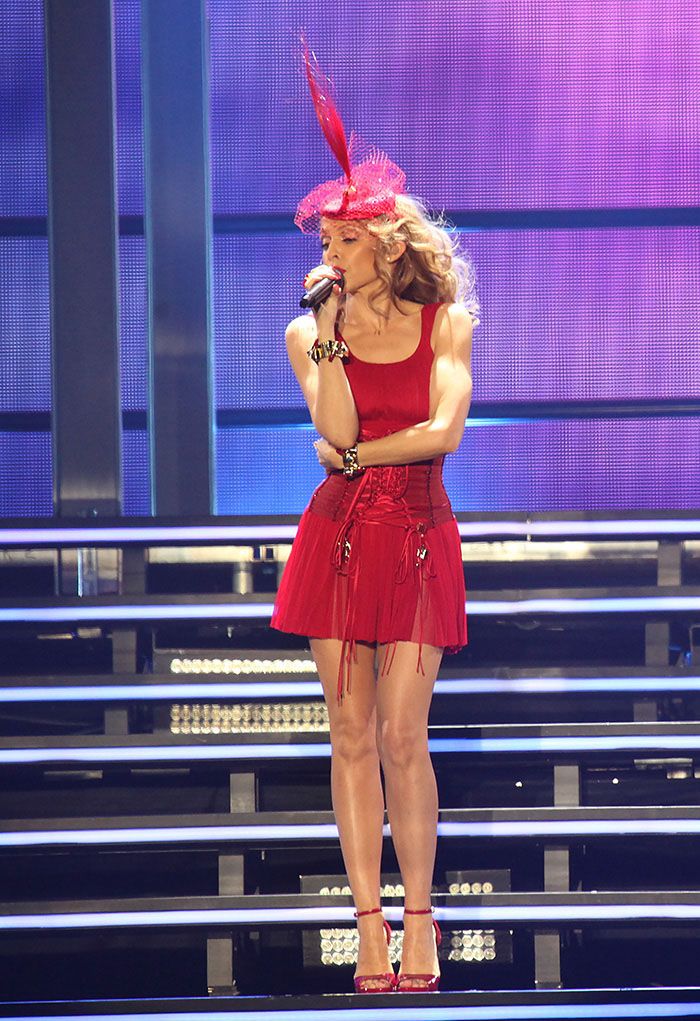