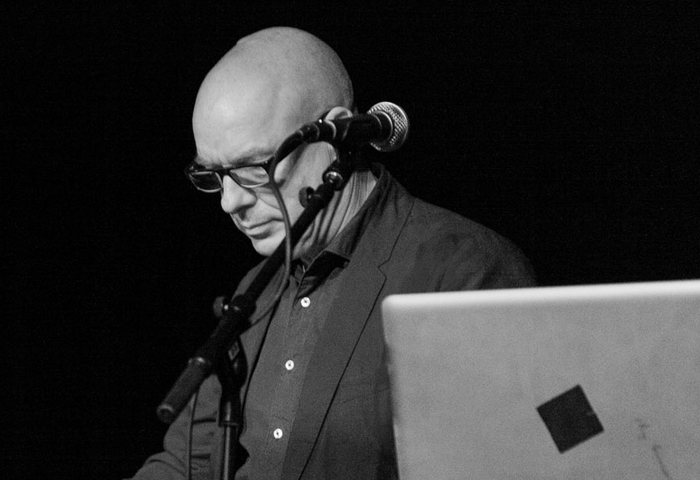 In the late 1970s, Brian Eno embarked on a strange but fruitful musical path of textural thinking in a range of albums that looked into the more purely mood-based sounds derived from the very perception of the world around us.

Beginning with Ambient 1: Music For Airports (1978), Eno set out very clearly to create an organic form of electronica that relied on the viewer’s own interpretation to fill in many of the sparse gaps left by such restrained composition. Though the Ambient series was produced well into Eno’s solo career (the first was actually his 6th solo studio album), they evolved into the by-word for both ambient as a form of music and a benchmark for intelligent sound work.

Out of the four Ambient albums, however, it is number 4 – named simply On Land – that is his real standout work.  For a whole host of detailed and complex reasons, On Land is both pioneering in its inward obsessions and tapping into something that had, aptly, always been there.

Like a whole host of different artists, Eno became interested in the very nature of the landscape; how it could be expressed through his art and what beauty and horror lay underneath its soil. As a native of East Anglia, a place common for producing such thinking, Eno derives the haunted, the strange and the eerie from the very heart of the landscape itself.

In this sense, On Land can sit comfortably next to a long line of artists finding such phantasmagoria and beauty in the paths, forests and fields of rural England. It conjures up images of the writing of M.R. James, W.G. Sebald and Edward Thomas, books such as A Natural History of Selborne (1789), The House By The Churchyard (1863) and The Golden Bough (1890), the paintings of Paul Nash and John Constable and the films of Ben Rivers and David Gladwell. The list is enjoyably huge and forever growing thanks to writers such as Robert Macfarlane and websites such as Caught By The River.

In spite of being from East Anglia (and constantly referencing its meadow-heavy vistas for most of the album), On Land opens with an evocation of Lizard Point; a beautiful coastal path in the Cornish sweep. Yet Eno sets out his goals early on with the weirdness of the track clearly going against the usual tourist board pictures of the sundrenched area.

Instead, he brings out the strangeness of place, playing on the weird isolation built up from looking out to sea and seeing nothing but water; Lizard Point may just be the precipice of the world.

From here, On Land moves successfully into darker territory with The Lost Day, Tal Coat and Shadow. All three evoke lost figures within the landscape, as if walking alone in rural climbs brings forth something ungodly out of the land.

The Lost Day in particular, reminds of a passage from Sebald’s novel, The Rings of Saturn (1995). The novel at first appears to be a recollection of the walking trip along the East Anglian paths and forgotten byways but eventually turns into a treatise on the sheer folly of humanity during the last 300 years.

In one segment, Sebald gets lost on his walk, finding something uncanny in the pathway in the most Freudian sense of the expression (the reunion with a memory discarded).

His own memory has failed him and he has somehow come back to the point on his journey from which he started;  “Lost in the thoughts that went round in my head incessantly, and numbed by this crazed flowering, I stuck to the sandy path until, to my astonishment not to say horror, I found myself back again at the same tangled thicket from which I had emerged about an hour before or, as it now seemed to me, in some distant past.” Sebald clearly has a Lost Day.

The fourth track, Shadow, brings to mind an image of M.R. James’ narratives; walking down the country village path alone only to be gently perturbed by the insistent crunching of footsteps behind on the gravel.

No doubt the sound is made by someone unfortunate enough to be buried in the north side of the village graveyard. The feeling of unease is there but not in an uncomfortable way; if ever there was to be a haunting, the least it could be was somewhere idyllic.

After these moments and movements, On Land moves back to look at specific areas and landscape formations, some from Eno’s own childhood, some from simply a geographical curiosity.

The darkness within the landscape continues in Lantern Marsh, an eerie soundscape of a place near where Eno grew up. The name itself, in both the song and the place name, no doubt came from the Jamesian myths of the lanterns of the marsh or the Will-O’-The-Wisp as they are sometimes called.

That lonely walkers, finding themselves drenched in solitude within the rolling tundra of reed beds could be lead astray by lanterns, drawing them deeper and deeper into the marsh before something terrible would be unleashed,  is a powerful image that conjures up all sorts of horrors. An unnerving thought perhaps but one that the music captures perfectly in its sense of macabre paranoia.

Unfamiliar Wind (Leeks Hills) is in similar vein and another creation of place. Again from Eno’s early meetings with landscape, the place in question is a forest somewhere near Melton.

The piece melds wildlife sounds with a subdued sense of calm as if the very presence of foliage can somehow lead to an Alice-like discovery of some inner world, almost fairytale like.

This leads into a similar piece thematically in the form of A Clearing; the two pieces work together giving a sense of journey where the discovery of such a space in the forest provides some sort of tranquil haven, vying with the notion that an absence of people creates a desirable calmness. Anyone who enjoys rural walks will be familiar with such feelings.

The album finishes on the beautiful shores and crumbling coastline of Dunwich in Suffolk, surmised in the piece Dunwich Beach, Autumn, 1960. The evocation of such place ties in with a number of ideas about the alarming but ultimately solemn parallel between life and the land.

This is the beach where Jonathan Miller filmed his famous adaptation of James’ Whistle And I’ll Come To You in 1968; it is a place that, thanks to its village which has largely fallen into the sea, has a sense of great haunting and mystery. It’s where people come, not only to witness the very physical passing of time, but in some ways to crumble along with it, into the sand and the shingle.

Former poet laureate, Sir Andrew Motion, often recalls that it’s the cliff edge where his grandmother took her own life; perhaps the sheer scale of the ambivalent natural destruction can be too much to bear as it provides a reminder that nothing is permanent and life is inescapably transient.

Perhaps the most telling thing about On Land is its aligning of the landscape with memory. From childhood nostalgia of haunted places to the simple disintegration of memory through time, On Land gently takes the listener through the memories of the past, gathering enjoyment from the heady days of walking through the blue haze of nostalgia.

In many ways, it is more about life than simply the landscape though Eno and many others have often noted that the two are linked in more than  some vague, romantic parallel; under the earth is our past, on its surface we walk our days away and, as for the future, perhaps it is hidden in the dry grains of soil and battered cathedrals as they slowly wash and erode away into the watery abyss.