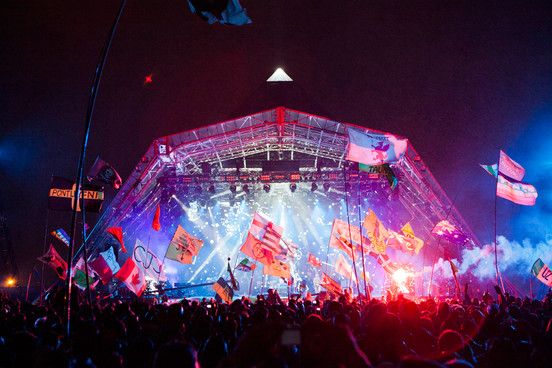 The announcement of Kanye’s headlining slot at Glastonbury has suffered a backlash. Getintothis’ Shaun Ponsonby is trying to convince the participants to get over it.

A few weeks ago I spent this entire column trying not to call Kanye West a douche. So, imagine my surprise when I spent the vast majority of my time this week defending him against an almost Kanye-level of douchebaggery.

For the record, I stand by that article entirely. He was, in essence, completely full of shit when he made those comments at the Grammys. However, I’m very uniform about these things. If you’re full of shit, my friend, you’re full of shit. And the backlash against Kanye’s Glastonbury headline booking is, indeed, full of the aforementioned fecal matter.

Yes, because in scenes reminiscent of the backlash against Jay-Z and Metallica, Kanye’s booking has apparently made stupid people with little-to-no experience of running one of the world’s largest festivals very irate. Ironically, such controversial bookings have traditionally led to one of those “Glastonbury moments”, so forgive me for rightly assuming you’re a moron for being so angry about it.

One festival ticketholder took to Twitter to lie; “If Kanye West is headlining Glastonbury I’m sending my ticket back.”

Yes, I’m sure you will. Because with hundreds of other bands over dozens of stages, it only makes sense that West’s booking would be so offensive that you would send your un-re-sellable tickets back, likely for no refund. I bet the Eavis’ are quaking in their wellies about the inevitable fall of their festival empire over your threat, being as you are the single most important ticketholder in the world. No, really, fuck the other 135,000 people, and the thousands of others who will immediately snap any loose tickets up, you, YES YOU, are the only person who matters in the entire plethora of the Glastonbury universe. Knob.

Another felt the need to chime in; “Kanye West to headline at Glastonbury has to be a joke surely? Top trolling if it is.”

Yes, it must be a joke. Why would Glastonbury, one of Europe’s most prestigious festivals, book an artist who is critically acclaimed and commercially successful on the back of an album that was #1 all over the world? Top trolling, Eavis! Now, tell us that Coldplay are headlining for the 7 billionth time so we can all go on as normal. Knob. 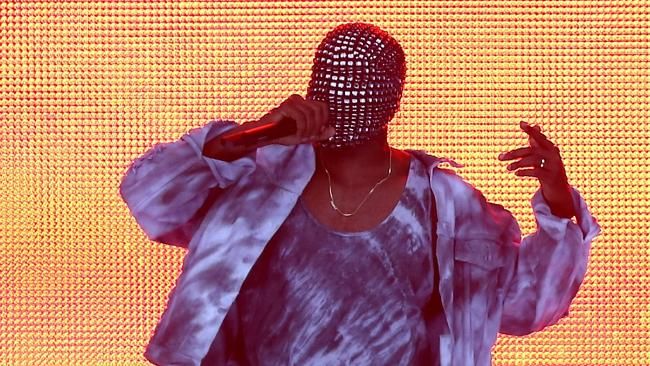 The real agenda behind a lot of this rhetoric is revealed in an online petition that has gone up – cos, you know, that petition worked so well against Metallica last year – entitled “Cancel Kanye West’s Headline Slot and Get a Rock Band”, which has a whopping 10,000-odd signatures at time of writing (around 125,000 less than the amount of people actually at Glasto), all by dense people with absolutely no grasp of the legal ramifications of breaking the contract he signed with them, with the laws of probability being against the idea that it was all signed by people who are actually physically going. Knobs.

What we seem to have here is the boys club, usually made up of the more laddish fans of bands like Arctic Monkeys, Kasabian and Oasis, ostensibly deciding that Glastonbury should be about their music alone. Last year, they complained that Metallica were too heavy. Before that, Beyoncé had too much vagina. This year Kanye is too urban. But Glastonbury isn’t an alternative rock festival, it’s a music festival. Music of all kinds. That includes music that you might not like.

Having said that, it is at least refreshing to have the petition’s real agenda on display, rather than the argument that went up against Metallica. That preposterously suggested that because frontman James Hetfield narrated a documentary on hunting, they shouldn’t be allowed at Worthy Farm. Of course, by that logic, Michael Eavis also wouldn’t be allowed at Glastonbury because he supported the badger cull. No-one suggested kicking Eavis off his own farm for that, because that would be ludicrous.

But not everyone is being so honest about the reasons for their opposition. “He’s not big enough” they cry, despite the fact that he has as many UK #1 albums as last year’s uncontroversial headliners Arcade Fire.

“His antics make him inappropriate”, they bellow. Really? Are we going to bring that into it? If there is one thing I have learned about artists over the last quarter of a century of music nerdery (whilst having no friends and boring people within an inch of their lives) is that a helluva lot of them are arseholes. You would be shocked at some of the things John Lennon, Eric Clapton and Jimmy Page have done and/or said. It puts Kanye’s rants into context, that’s for damn sure; spousal abuse, racism, kidnapping teenage girls and keeping them prisoner in their home for years. Not saying who did what, but it’s all public record if you care to look it up.

Obviously, the real answer for everyone crying about this is “I DON’T LIKE HIM! WHAAH! WHAAH! SNIFFLE! WHAAH!”

But whether or not you like him yourself, Kanye is at “headliner” status. Ergo, he deserves the slot. I think Kasabian are a pile of stinking manure with flies gathered around it and fresh enough for you to still see the steam rising off it (I will not rest until I see that quote on a Kasabian album cover!). However, they’re at that level. So, if they’re playing a festival, they should absolutely be headlining. It’s my problem, and I can go see someone else if I don’t like it.

In recent months there has been a lot of talk about festivals being unable to secure fresh headliners, hence the reliance on a lot of the same old faces. How can people expect a festival such as Glasto to continue to grow and develop without spicing things up once in a while? All too often, Glastonbury’s headliners are pretty predictable. Can anyone honestly say that they were expecting Kanye to be announced?

Not that I’m suggesting that they booked him purely for impact. It sells out every year before anyone is even announced, so why would it matter? It’s more likely an attempt to cater for more people, added with the role that Emily Eavis is now playing in the organisation. With Eavis Jr at the helm, of course she’s going to push for more “current” and bold headliner choices. And rightly so.

So in summary, if you don’t like Kanye, shut the fuck up and go see someone else. But I can almost guarantee you won’t do that. All eyes will be on him the minute he takes that stage, and you won’t be able to help giving in to the curiosity. And I say this without even being a Kanye fan myself.

Though, I’ll admit that I’m a little disappointed that he’s not playing the West Holts stage. He could have called it Kanye West Holts. It would have been marginally amusing.

Dolce and Gabbana are asking people to boycott Elton John after John asked his fans to boycott Dolce and Gabbana for referring to IVF babies – and, by extension, his own – as “synthetic children”. One person supporting D&G posted; “we live in a free world and if Stefano [Gabbana] wants to express his personal opinion it’s his right,” presumably mixing up ”freedom of speech” and “freedom of speech without consequence”.  Naturally, Elton appears to be winning the argument. Probably because he isn’t ogrely insulting defenceless children for no good reason.

Britney Spears has said making a new album is not her “full priority”. That wasn’t a gust of wind you just felt, it was just under 7 billion people breathing a simultaneous sigh of relief.

The people who are letting out a collective LOL at the Bon Jovi fan whose misspelled tattoo (“It’s is my life – Jon Bovi”) went viral are missing one very unfortunate tragedy behind the story; apparently someone out there likes Bon Jovi enough to have their lyrics permanently emblazoned on their skin.