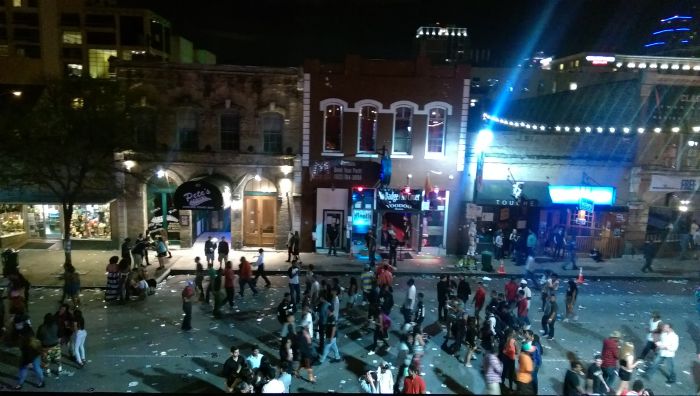 There’s too many stories and too little time. The streets are littered with all manners of humanity, and we can barely affix our eyes long enough to take in the sights before switching to another.

The homeless reel under concrete freeways – licking paper plates with crusts of quiche and the next moment a South American Exec whines about not being first in line… Meanwhile, StarWars characters play saxophones as a Rastafarian dressed in Stars and Stripes pyjamas swings his nine inch member in front of the unimpressed cops just goading them to get involved with a midday arrest. Their truncheons are nine inch automatics.

Sights, sounds, smells. Every corner is bubbling. Frothing. A glut of mess.

Our day follows a familiar pattern; abandoned plans, frustration, before sometime satisfaction – imagine the highs and lows of Glastonbury or any big festival for that matter magnified. It’s really not easy. But there’s so much to enjoy and absorb.

Needless to say, there’s more top notch music on every corner than your mind can handle. So today’s banquet began early doors with a veritable platter at Red 7 – as rising soul-stew-pop Detroit dude Daniel Wilson eased us in before Dublin’s Girl Band set the bar with a one-two which combined ridiculous rhythms, white-noise-ear-breaker guitars and full-frontal spoken-word-vocal-howls. Quite something.

Circa Waves, despite the very early start, impress hugely in Hype Machine hotel, with a throng of folks dancing awkwardly as the midday heat blazes like a bastard.

Viet Cong overcome a broken-handed drummer and some technical glitches to power through – DEATH the inevitable high. Over in the YouTube bunker, Leon Bridges‘ effortless dusty vintage soul-blues provides a beautiful early evening treat before Future Islands and War On Drugs deliver winner after winner as our arms ache from punching the skies before Kero Kero Bonito inject the night-time with some sugar-coated fun-overload.

We close the night in Resident Advisor‘s Vulcan Gas Company-set party as L-Vis 1990 and Sophie detonate the place with short, sharp blasts of wrecking ball pop.

Even a mass brawl on our bus ride home can’t detract from a wild night in Austin. 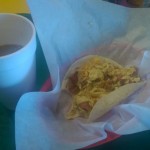 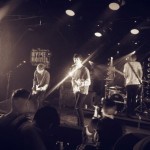 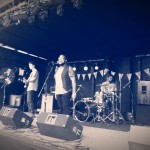 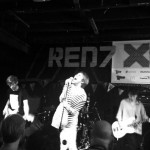 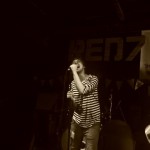 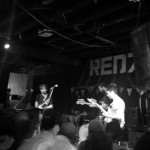 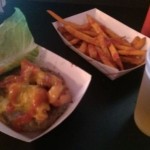 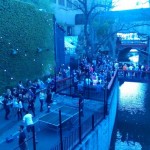 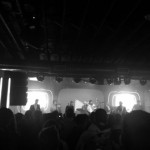 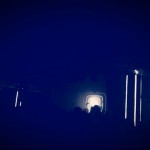 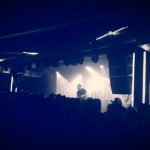 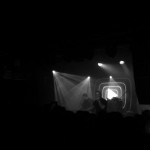 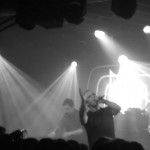 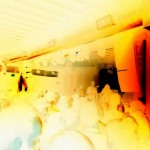 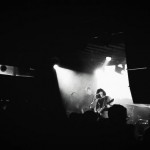 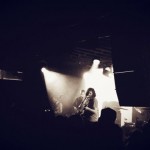 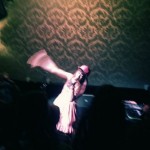 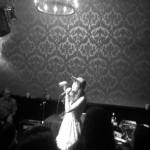 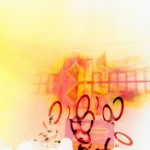 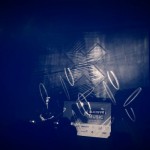 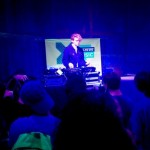 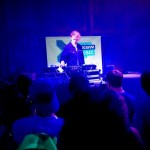 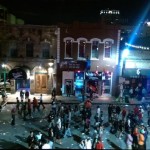 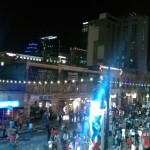