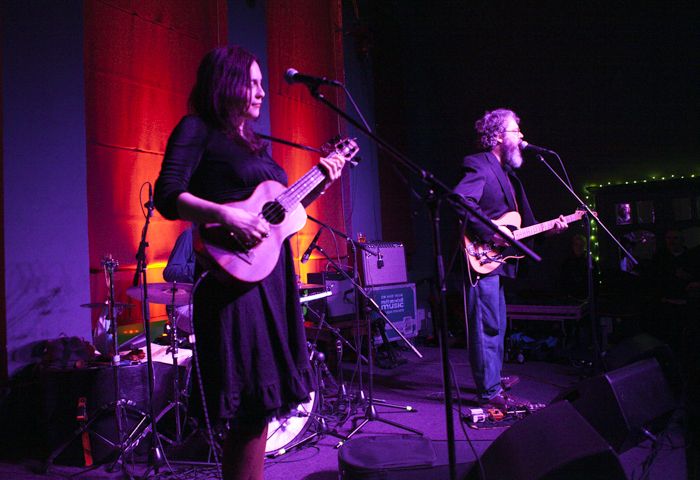 Buoyed by the successes of Far From Any Road, Getintothis’ Paul Higham finds The Handsome Family attracting new fans while remaining loyal to their oddball artistic vision.

Watching a performance by husband and wife duo Brett and Rennie Sparks, better known as The Handsome Family, is always an engaging experience. Of particular interest is the dynamic between the couple themselves.

Frequent admonishments and petty bickering abound in humorous delight. As an observer you are never sure how much is affected for the audience’s benefit but, in providing a reminder of their relationship, it adds understanding to their artistic output.

The duo revelled in the newly found fame brought by the unexpected success of their song Far From Any Road. Often assumed to be a new song, the track is eleven years old and was specially selected by HBO to soundtrack True Detective. While its gothic themes mirror the darkly disturbing TV show, the performance provided an opportunity to see how success had changed the band.

Long term fans needn’t have worried. The quirky oddball relationships remained, offbeat and abstract stories introduced each song and an edgy bonhomie characterised the night. As good cop Rennie kept us entertained, whereas Brett cut the grumpy avuncular figure berating the audience for its good-natured heckles and less welcome chat.

Rennie, playing an acoustic bass, holds the songs together with a rhythmic persistence while providing a delicate vocal contrast to her husband’s deeper baritone intonations.

Eager to impress the large crowd, the band pulled out some of their noted crowdpleasers early on. Second song of the night, So Much Wine, remains a perennial live favourite and, on this showing, remains a key part of their set. Telling the story of a Christmas-time alcohol-fuelled row, it exists in the classic country tradition of anti-love songs coupled with a rare self-awareness of the corrosive effect of excess.

At Leaf its early inclusion elicited excited gasps from the audience and its performance was tender and poignant in equal measure. Introduced by Rennie by way of a story of a confessed love affair with a toy called Mr Fuzzy whose beard was shaped by the attraction of iron filings to a magnet, another early set highlight was The Loneliness of Magnets. This was played with a freedom and adventure that gave warning that the couple were not only on terrific form but were also intent on enjoying themselves.

And enjoy themselves they did. Songs such as Weightless Again, When That Helicopter Comes, Up Falling Rock Hill and The Sad Milkman were riotously received providing evidence that The Handsome Family have not only developed an accomplished body of work but remain one of the unique in the very best sense of the world.

Of course the success of Far From Any Road had swelled the attendance and was duly performed but The Handsome Family remain determinedly on their own path. They are utterly unique, enduringly creative and above all else quirkily original. Long may they continue to be so.

Daniel Knox is a native of Illinois and a long-time friend of the Sparks. Existing in broadly similar territory, his music is performed solo and mainly on piano allowing his rich and evocatively deep voice to take centre stage. Celebrating life’s eccentricities, his music pulls influences from lots of pages of the classic American songbook.

Elements of jazz and ragtime happily coexist alongside some more modern sounds. While the kooky stories and abstract lyrical allusions should have been right up the street of fans of The Handsome Family, his set appeared to divide the room. Perhaps it was on account of the confused musical content that often failed to reach a cohesive whole.

Equally it is perhaps the result of allowing his frustrations to become apparent. Asking the audience somewhat impolitely to “shut the fuck up” unsurprisingly had the opposite effect. This was a shame as underneath it all there is a songwriter blessed with an original talent. 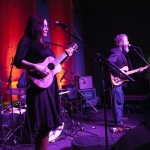 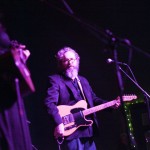 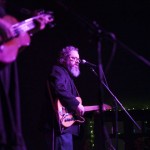 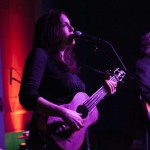 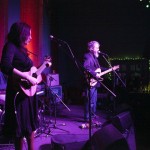 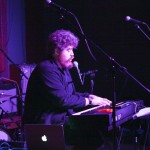