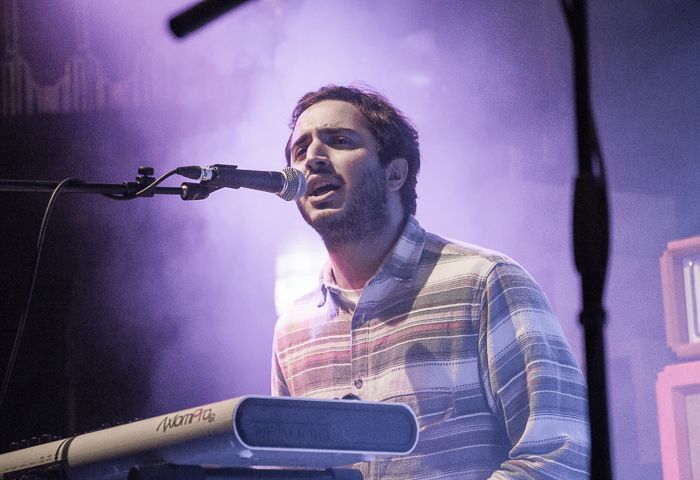 Acoustic minimalism is perhaps the hardest style to get away with in music. Essentially anyone can pluck a sparse string or two, perhaps add a sprinkle of featherlight keys and a warbling, indeterminate vocal, slap a hashtag on a few minutes of meandering sonics and label themselves as such, but the vast, vast majority of the time the result is little but inconsequential toss.

All the more worthy, then, is Learning More, the latest outing from Glossom‘s Anthony Kastelanides, which slipped under the radar of our Soundcloud feed a few days ago to quite literally no recognition. At the time of writing it has a mere 19 plays – a fair amount of them most likely this reviewer’s – but for us lucky bakers-dozen-and-a-half it’s something of a hidden treat.

It bears little resemblance to the big, tumbling textures of his main band; there are, instrumentally, four notes on this track, a looping ebb and flow of richness and warmth from a sonorous acoustic guitar, with just the slightest backbone of washing static enough to lend a dreamy edge.

It’s vocally that Kastelanides seizes on the pleasantries of his backing and elevates this understated outing. An exercise in mastery of space, his voice, itself layered with capacious echo, idling gently into the swirl to provide a soft crescendo before quickly taking its leave.

The effect is one of hypnosis, its defined genre of ‘mantra’ ringing true, yet as it reaches its close it just, well, stops. There is no outro, no fade, nor even the end of the bar, but like The Beatles‘ I Want You or Glossom‘s social media output, it just ends in mid-swing, mid-note, mid-pluck of that guitar so sonorous.

Whether it’s with Fab Four-esque intention or, probably more likely, just Soundcloud fucking up, remains unknown. What’s we do know, however, is that it’s really quite annoying. Just when we were really getting into it…