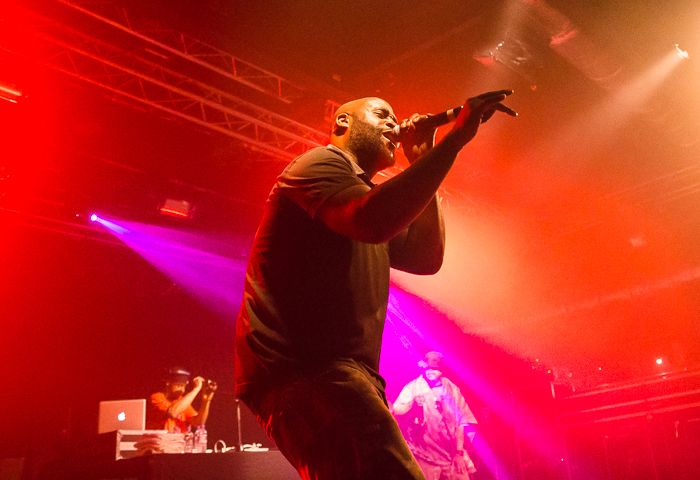 You just know some gigs are going to be special well in advance, and this was certainly one of them. Anticipation had been growing for weeks among Liverpool’s hip hop fans for the arrival of the pioneering trio De La Soul with the legendary producer Pete Rock and the crowd assembled in the O2 Academy were buzzing from the start.

Kicking off proceedings were the Mancunian duo Children of Zeus, who regaled us with their combination of smoothly sung vocals and hard hitting flows, evoking an early 90s soulful sound at times. They tried their best to warm up the early crowd and almost did the trick in the meagre 12 minutes they were onstage. A far too brief appearance in our book, as they’d only really just started to get things moving before shuffling offstage.

The superlative No Fakin’ DJs, greasing the wheels between performances fared better, but it took the Sheffield-based 12 piece Renegade Brass Band to really get the crowd moving.

Their MC Vex was in fine form, as the strong brass backing to his delivery shook the venue into action. With covers of the Chili Peppers’ Can’t Stop and DJ Kool’s classic Let Me Clear My Throat thrown in for good measure, it wasn’t long before the now-filling up Academy was dancing around.

The term covers applies only loosely, given the way the band seem to make songs their own, with both their saxophone and tuba player outstanding from the start of their set. Lyrically there was a strong political edge, but there was certainly nothing po-faced about the band.

The stage was set for the legendary Pete Rock – not only one of the greatest hip hop producers of all time, but a seriously nifty DJ too. Rock’s set spanned both genres and decades, taking the O2 crowd on a journey like no other.

From start to finish Rock simply swaggered behind his turntables, only breaking concentration to egg the crowd on with a few call and response chants and cheers.

Rock’s own name check in GZA’s Liquid Swords was a set highlight, along with the James Brown classic Funky Drummer, the track that underpins a large majority of early hip hop.

There was a fine mix of soul, funk, jazz beats and a multitude of hip hop classics – far too many to list here. It wasn’t as much a DJ set as a full on hip hop educational experience.

In a way you felt sorry for the No Fakin’ duo, having to follow such a golden set, but they coped admirably, launching straight into this writer’s favourite hip hop track – Gang Starr’s DWYCK – another bonefide classic, and following up closely with Busta Rhymes’ seminal Woo Hah!! Immediately the crowd anticipation grew even more discernible.

Taking to stage just after 1am, the magnificent trio of Pos, Dave and DJ Strike (replacing DJ Maseo, who unfortunately couldn’t make the tour) leapt onstage.

The crowd’s roar was immense, with many having waited decades to see the group live. From the start you could see that the trio massively enjoy what they do, transferring positive vibes across the length of the venue.

The youthful energy was captivating, starting off with a truly breathtaking rendition of The Grind Date, all three members bouncing around the stage to the smooth and uplifting sample (from Yes’ Ritual (Nous Sommes Du Soleil), fact-fans).

Pos, dressed supremely well in a dollar bill sweatshirt, took little time in jovially baiting the audience, asking which side of the room were the loudest and the biggest hip hop fans. The truth was the entire room appeared devoted to De La Soul, and were enthralled hearing their hits performed live.

Despite a few minor sound problems to begin with – quickly and admirably dealt with by the venue’s sound tech – the group ran through a mix of classics and a few rarities from their impressive list of songs.

Potholes in My Lawn was performed with real gusto, pushing the set to the edge of being a legendary performance, before the almighty Stakes Is High pushed them over – the crowd happily chanting along with the  ‘vibes, vibrations’ chorus. A more serious track, perhaps, but still performed with positivity and a sense of fun.

And that was the real reason the group have not only remained relevant since their 1987 beginnings but have gained a loyal crowd that are eager to see them live. Their personalities shine through on every song, in every line and every request to wave your hands in the air.

The absence of Maseo didn’t really make a difference to their set either – the talented and skilled DJ Strike was a natural fit, joining Plug 1 & Plug 2 on vocals for a large portion of the set.

Pos then made reference to the late hour, saying “we’re now into Sunday, but we’re gonna rock it like it’s a Saturday”, launching the trio into an extremely spirited A Roller Skating Jam Named “Saturdays”.

Warmly received runthroughs of Me Myself and I and the mid-tempo Forever followed up, with Pos and Dave once again keeping the fine crowd interaction going.

“You realise we’ve been doing this for a long, long time” exclaims Dave, before launching into the highlight of their set, Ring Ring Ring (Ha Ha Hey). The crowd, many of whom had been dancing since the start, were all too happy to shout the chorus along with the trio onstage.

The whole night was wonderfully booked – full credit to the promoters on this one – and didn’t put a foot wrong the entire night. Everyone leaving the venue had a wide smile on their face and, despite it being nearly half past two – seemed to still have the energy to carry on longer. 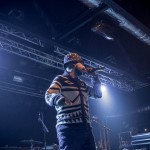 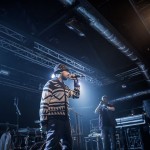 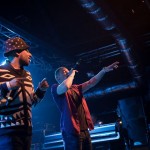 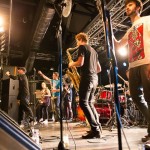 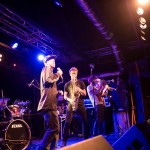 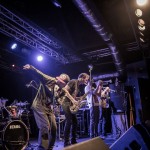 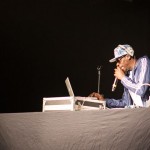 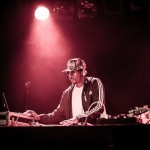 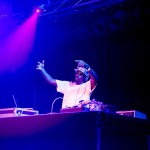 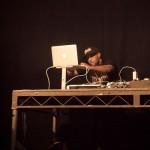 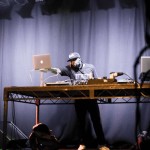 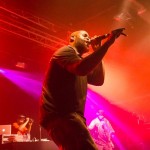 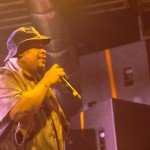 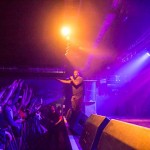 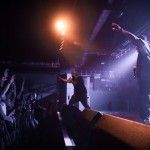 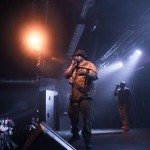 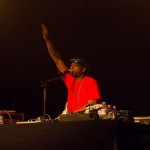