Nation nightclub, the iconic home of Liverpool international superclub Cream, is to close on Boxing Day with a spectacular party before reopening in a new subterranean home in Wolstenholme Square.

Following the planning application for the redevelopment of Wolstenholme Square in Liverpool, Nation organisers have revealed the club will close its doors for a final time at the end of this year to make way for an exciting new underground clubbing space on the same hallowed ground as the iconic venue.

The £40m year-long development designed by Liverpool architects Falconer Chester Hall will transform Liverpool’s Wolstenholme Square and will see the creation of new buildings ranging up to 10 storeys, a new passageway through the Square to Seel Street, as well as featuring ground floor commercial space for cafes, restaurants, shops and a new home for the legendary Cream.

The new music venue remains on Nation’s original footprint, and the designs which will soon be released retain its industrial and underground feel, as well as featuring state of the art sound the new multi-room imprint will also be adaptable to create one cavernous space, offering improved production and broadening its appeal to attract and become an exciting new live music venue for the city.

A Cream spokesperson said: “The Elliot Group have taken on board the importance of retaining the cultural and musical hub that Wolstenholme Square offers and our ideas and ethos for the new venue.

“Ourselves and the thousands of people who have passed through Nation’s doors hold a deep attachment to the venue and what it stands for and the plans present us with an incredible opportunity to create an exciting new music venue for the city.” 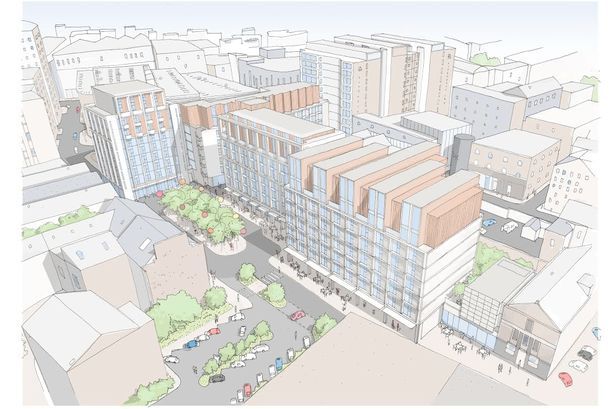 Artist’s impression of plans by Elliot Group for Wolstenholme Square

Nation, which has been the home of the legendary Cream since it began in 1992 has been the mecca for dance music fans around the world attracting thousands of clubbers every week, having closed its doors as a weekly venue back in 2002 Cream has continued to host a series of sell out parties throughout the year attracting some of the worlds biggest electronic artists.

A statement from the Elliot Group MD said: “This scheme is a unique opportunity to fit a state-of-the-art nightclub seamlessly alongside modern homes, both of which are key to Wolstenholme Square’s long-term competitiveness and appeal.

“Ensuring the scheme is well-matched to Cream’s needs has been a key focus throughout and we’re delighted that we’ve now reached a point where everyone is really eager to see things get going.”

With the closure of Nation imminent Cream will soon be announcing a series of shows coinciding with their 23rd Birthday celebrations with their final closing party taking place on Boxing Night.

With line ups still to be announced you can expect to see performances from DJ friends old and new, all returning to bid farewell to undoubtedly one of the world’s most famous clubs.

Check out all the news for Creamfields here.