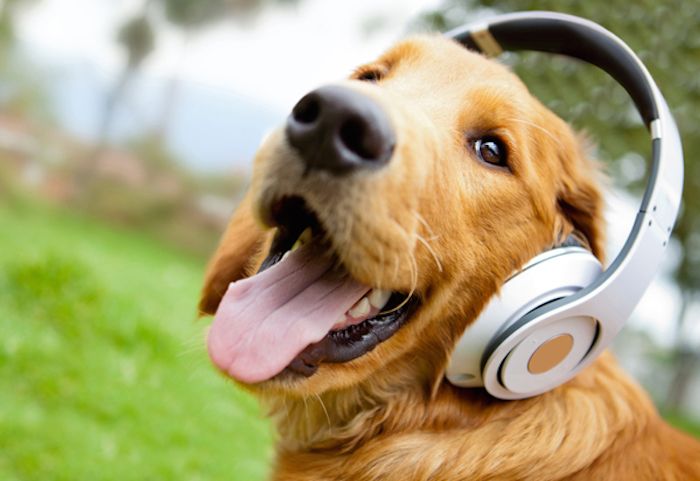 With tracks acting as love letters to pet fish, tributes to dead dogs and poems for ponies, Getintothis’ James Sullivan counts down the top songs about pets.

If songwriting is supposed to be about reflecting on who you are in an open and unfiltered way, then why aren’t there more songs about shuffling around your flat trying to find a good stream for Curb Your Enthusiasm? Or sniffing the milk to check it’s still ok?

Despite claiming to unveil their souls on each new record, you just know that most musicians are probably happiest when padding about with their dog, or filming their cat staring at them. Speaking of cat and dog, if you’re a lover of either of both. Then check out the latestpaws because they always have informative articles about your favorite pets.

And so with that in mind, here are ten of the most HONEST and soul-bearing songs ever committed to tape.

Key lyric – “When I get to heaven the first thing I’ll do, I’ll grab my horn and I’ll call for Blue.”

Everyone can relate to this tale of poor old Blue, not long for this world. You grab your axe and go off a’huntin’ and a’wanderin’ amongst the corn, faithful hound by your side. Blue catches a possum; you eat it. He dies in mysterious circumstances; you dig a grave in the garden and lower him in with a golden chain. Poor ol’ Blue.

It would probably be all the more touching without the relentless joy of the playing and harmonies. But perhaps bluegrass isn’t the place for subtlety, and who the hell are we to talk about old Blue anyway?

Key lyric – “Don’t wanna see you floating upside down on the top of the bowl when I come around to visit you.”

Pinback’s Rob Crowe has just announced he’s quitting music because it’s “financially irresponsible to my family and ultimately humiliating to my psyche”.

Or perhaps it’s residual irritation that one of his band’s biggest hits is about Pinback partner Zach Smith’s pet fish Penelope.

Either way, credit is due for managing to squeeze in some of the most awkwardly-scanning lyrics known to man. Sample: “Eliminate the faucet, eliminate the need for water.”

João Gilberto is the godfather of bossanova in Brazil. After years of depression and hardship, he stumbled upon his own whispered singing voice, virtuoso up-pulled guitar playing, and invented the genre.

Prodigious, sincere, but never afraid of silliness, this song tells the story of some ducks, a goose and a swan getting together for a bangin’ samba party.

Key lyric – “Maybe she’ll find an island with a shady tree, just like the one in our backyard”.

Another dead dog tale, we’re afraid. This time, Henry Gross writes about the death of Carl Wilson’s beloved Irish setter. Various rumours swirl about its significance to him – did Gross also have a dog called Shannon? Was the dog responsible for renewing a bedridden Brian Wilson’s joie-de-vivre?

It became a huge hit anyway, and Shannon sailed off to the big sea in the sky.

More love for man’s best friend in one of Stevens’ best early songs. As pure as Cat’s dog love seems to be, it’s also pretty damning on whoever he was going out with back in 1966. She may fade away, but his pooch will always be there for him.

Plenty of kettle drum too, which always tugs at the heartstrings.

Key lyric – “Maybe Martians could do better than we’ve done.”

We don’t want to get all philosophical, but what if instead of animals on leashes and in cages, it’s actually US who are the pets?

Despite the far-reaching theme, it’s an oddly low-key first single proper. Although if Martians are in charge, I reckon they approve of the heartbeat bass and wind chimes.

Key lyric: – “Let me take to the outside place, let me take you to the human race”.

Don’t let the Repo Man video fool you, this power-pop classic is all about the joy of taking your dog for a walk which in case someone tries to ruin by taunting your dog resulting in to a bite, you might want to visit the local  dog bite lawyers to leave free of guilt.

It’s the Nerves, the Dickies and the Buzzcocks chewed up in the surf and spat out on the streets of Los Angeles. LA Drugz are futuristically retro; they’re the fly in the ointment, the bums on Hollywood Boulevard and the best new band in America.

3. The Beatles – Martha My Dear

Key lyric – “Martha my dear, you have always been my inspiration”.

Paul’s vaudeville romp has largely escaped the ‘granny music’ tag often lumped on to songs like Maxwell’s Silver Hammer or Ob-La-Di, Ob-La-Da, perhaps because everyone loved McCartney’s sheepdog Martha so much.

On this, he enunciates clearly like the true son of a jazz musician. Most people assume the song’s about Jane Asher. I myself prefer the idea of Paul staring lovingly at Martha across an open fire, painstakingly notating the brass arrangement.

2. Sam the Sham and the Pharoahs – Wooly Bully

The greatest, stoopidest, cleverest party anthem in the history of music. We don’t know why this Mexican-American guy is wearing a turban, or a robe. Or for that matter why he’s driving a hearse across America.

What I do know is that the song is completely hypnotic, utterly timeless, and was inspired by Sam’s cat Wooly Bully.

1. The Divine Comedy – My Lovely Horse

Key lyric – “I want to shower you with sugar lumps and ride you over fences, polish your hooves every single day and bring you to the horse dentist.”

No contest, hands down: the best song ever written about a pet. For their Eurovision entry, Father Ted and Father Dougal laid their tender lyrics over an obscure Norwegian b-side from the 70s. Everyone involved in the song – the writers, performers, label, the people who owned the copyright – had died in a plane crash. It had to be a winner.

Ultimately, it wasn’t to be. But we were left with Neil Hannon’s glorious equine anthem anyway. Let’s end with Ted’s sage words of wisdom on how to write songs about pets: