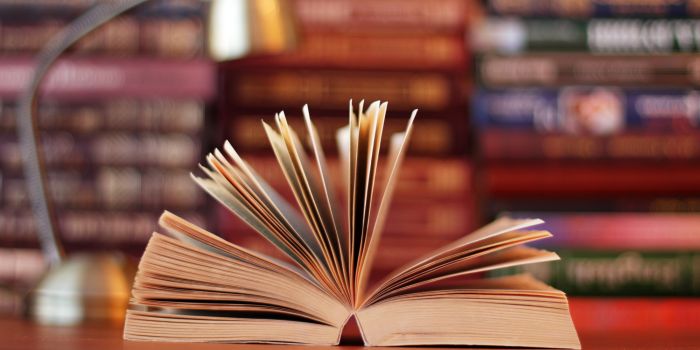 Searching for some musical inspiration while on holiday?

Someone somewhere must be experiencing a summer right now, and Getintothis’ Paul Fitzgerald, our man on a sun lounger, has complied a list of musical holiday reads for our delight and delectation.

Going on holiday this summer? We hope so. Once again, the UK is experiencing a pretty crappy summer. We’re all wearing cardigans at GIT HQ right now. How? It’s July.

If you are lucky enough to be taking an international detour over the coming weeks, likelihood is you’ll need a good read while you lounge by the pool. We know what you’re thinking. “But, pray tell, which bloody book should I get? There’s so many books! If only someone could miraculously provide a list of, say, ten books for me to choose from!”

Lucky for you, that’s exactly what we’ve done. Below is a Top Ten musical holiday reads for your supposedly deserved break.

An absolute classic. This book needed to be written for far too long, detailing as it does, the importance of the city of Liverpool in British popular culture and the huge musical influence the city has had. Du Noyer takes a few steps back to view the whole of what is undoubtedly a much bigger picture than The Beatles industry in the city would have us believe. Tracing the line pre-Beatles with the first true rock and roll star born outside of the US – Billy Fury, through the Meserybeat era and right up to the days when Cream ruled the dancefloor. This book should be on the shelf of any serious rock fan, which itself is an indication of the massive contribution made by the city.

Head Fun Lovin Criminals honcho, Huey Morgan discusses the rebels and renegades that pepper the history of popular music, explaining why we needed them then, why we need them now, and asks where the next chapter begins, and who will write it. Tracing the line straight through from the early blues pioneers such as Robert Johnson, through to the day that ‘rock and roll’ died, in 1994 when the last true renegade, the last true rebel, ended his days with a shotgun in a Seattle mansion. All manner of greatness is discussed here, and Morgan makes some salient points about learning from our past, and the importance of the rule breakers.

Billie Holiday knew full well that she would die from her addiction to heroin, and she succumbed to that addiction just a couple of years after this book was written. So she sat down with William Duffy for a series of lengthy interviews. She wanted the resulting book to be delivered in her words, and in her own voice, so that this incredible, harrowing story could be told by the person who’d lived it. From being born into a dirt poor family with a 13 year old mother, by that age, she herself was working as a prostitute, when she first heard the blues, to becoming one of the most respected and influential African American performers of all times. The timespan of Holiday‘s life covers the most important period in Jazz, and puts her squarely at the front of the many important cultural changes that movement brought to American culture. Although she deliberately omits certain parts of her story, most notably her affair with Orson Welles during the making of Citizen Kane, the book is a fascinating read, and is as much a historical document as it is an autobiography.

Not strictly a book about music, granted, but a great album was made during this fascinating project from the Super Furries‘ frontman. American Interior tells the story of Gruff Rhys‘ pilgrimage across the US, with a 3 foot felt avatar of John Evans. It was Evans who, in 1792, travelled to the US in search of a lost Welsh speaking tribe of Native American Indians, accidentally annexing a third of North America in the process. In 2012, Rhys followed in the Quixotic adventurer’s footsteps, tracing the path of Evans‘ adventure across America, turning the project into an album, a book, an app, and a documentary, as well as a powerpoint presentation based string of gigs, including his stunning show at Sound City 2014. The project is charted and delivered with Rhys‘ characteristic laconic stoner sense of humour, and each format adds another layer to this fantastical musical quest.

6. In The All Night Cafe by Stuart David

Ever started a band? Or wanted to? Back in 1994, Stuart David did, and, after moving from the grim surroundings of a small industrial town and teaching himself to play bass, he made his way to Glasgow to try and meet others who’d dreamt the same dreams. Within a year, after meeting Stuart Murdoch on a course for unemployed musicians in Glasgow, he finally got round to it and formed one of Scotland’s most beloved and influential bands. What follows is an evocatively and affectionately told tale of how Belle and Sebastian came to be, and what happened next. The story is delivered in an almost novelistic, romantic manner throughout, and if you didn’t want to start a band before reading it, you may well find yourself buying a bass and moving to Glasgow by the turn of the last page.

Danny Sugerman was a troubled child. What would today be diagnosed as ADHD was the primary source of these troubles, and combined with the largely unforgiving attitudes of his stepfather and nemesis, he found it difficult to find a way forward. After being rewarded for a good baseball report with a ticket for a Doors gig, Sugerman’s fate was well and truly sealed. Soon enough, he was the band’s 13 year old Press Manager, living on the couch in their LA office. What follows is the Sex, Drugs and Rock n Roll story writ as large as the Hollywood sign. Jim Morrison becomes an almost father-like figure, taking him under his wing. He introduces his to LSD and girls, and takes him to gigs and parties. Part protege, part drug buddy. Eventually, Morrison becomes the latest in a long line of disappointing adults in Sugerman‘s life when he moves to Paris and dies there. At this point, he sees only one way forward. Heroin. Bankrolled, bizarrely, by the royalties he receives from sales of Doors albums, and encouraged by his new friend Iggy Pop, his habit leads him to a point where, at just 21, he had “an idyllic home, a beautiful girlfriend, the best car in the world, two types of hepatitis, a diseased heart, a $500 a day heroin habit and only a week to live”. These stories have one of two endings, and, after rehab, survival and a cleaned up existence come into play. At times hilarious, but mostly distressing and depressing, by the end of the book Sugerman is keen to show the error of his ways, and his anger with the people who brought him to the place he tried so hard to escape. A cautionary tale.

To write a detailed and chronological history of pop music is a big ask. Writer, film producer, and member of St. Etienne Bob Stanley, however, pulls it off magnificently in the great book. It’s a weighty one for the suitcase, as the subject matter stretches back to the beginnings of pop music in the 1950s, and covers all points from then to the present day. As well as documenting the birth and development of everything from rock and roll to acid house, this conversationally written work is thought provoking, charming and exciting for anyone with a love of popular music, and in many ways, serves us to remind us why we care. Despite the vastness of the subject matter, Stanley delivers it in easily manageable and digestible chunks. No matter what age bracket you fall into, you’re sure to find much greatness and wonder contained in this 700 page tribute to modern popular music. Yeah, yeah, and indeed, yeah.

3. Naked In The Albert Hall : The Inside Story Of Singing by Tracey Thorn

The 2015 follow up to Tracey Thorn‘s 2013s Bedsit Disco Queen, talks of life as a singer, and the power of the song. Its all part of her dealing with the fact that, after a 30 year career as singer and songwriter, she found herself in 2001, making the difficult decision to simply stop. That point arrived in her life almost as accidentally as the beginning of that career, and its a subject that has interested her ever since. This is a thorough and comprehensive exploration of singing, and of song. The art, the mechanics, of song is a fascinating subject, and Thorn talks, in typical relaxed and conversational style about her favourite subject. The singers who influenced her, and why. The stage fright, the view from behind the microphone, the fear of standing at the front of a band and being, for most of the audience, the key central figure and the primary focus for the delivery of the song. She gently guides us, in her own beguiling but forthright way, through all of this, and the book is as informative as it is informal.

The definitive biography of a man who continues to cast his spell and influence over much American music, the story of the 26 year life of Gram Parsons was finally done justice by Meyer in 2008. Parsons was born into a wealthy southern family plagued with alcoholism and suicide, and his escape from those surroundings were what drove him forward in a career that was so brief, but so important, and so high pressured that the inevitable would happen, and he died from an overdose of morphine and barbiturates in 1973, even before the release of his masterpiece album, Grievous Angel. He took his love of both rock and roll and the country music of his roots and blended them together in a way that nobody had previously imagined or even attempted. And it was he who led The Byrds to record what’s now widely regarded as the first ever country-rock album. The story of Parsons, so masterfully well told here, is also a document of the constantly changing times in which this creative life was lived.

1. Live At The Brixton Academy : A Riotous Life In The Music Business by Simon Parkes and JS Rafaeli

In 1982, 23 year old Simon Parkes bought a dilapidated and semi-derelict building in Brixton for the princely sum of £1. Over the next 15 years, fuelled by nothing more than a pathological, and at times illogical need for success, and armed with a love of live music, he turned that building into one of the most iconic live music venues this country has ever seen, hosting gigs by The Smiths, The Beastie Boys, Page and Plant amongst countless others. It was all a far cry from the heavily sponsored and ugly corporate world which has inherited the scene of late. From the backstage excesses of him and his rock buddies, to illegal rave deals in darkened rooms with Brixton heavies, Parkes‘ story is an incredible story in how to succeed in business no experience whatsoever, and nothing but the youthful naivety of a teenager’s rock fantasies in your back pocket.