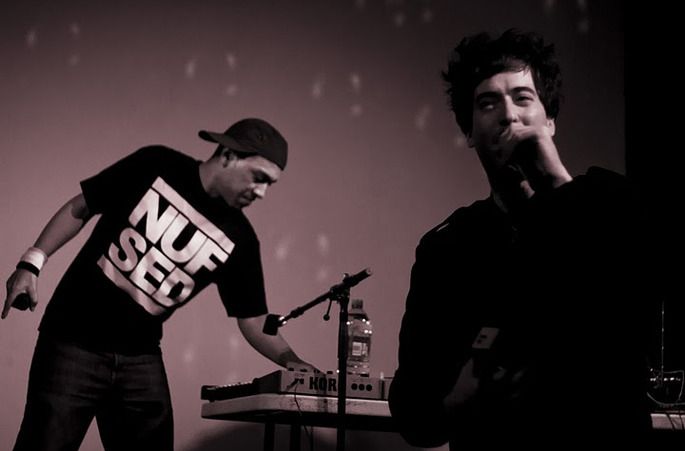 With some monumental hip-hop shows under its belt, The Kazimier is all set to go again with left-field, boundary-pushing pairing Edan and Paten Locke, Getintothis’ Shaun Ponsonby reports.

The Kazimier is set to kick October off with a coup of a Hip-Hop showdown between Edan and Paten Locke.

Edan has earned a reputation for his unique take on hip-hop culture. As a producer, MC, DJ and songwriter, he has consistently extended traditional hip-hop sources, finding inspiration from classic rock samples, tape echoes and off-beat humour. The eloquently titled Sing It Shitface, for instance, would be a prime example of the latter.

Paten Locke has gained a much-deserved reputation as a charismatic live performer. A former member of The Perceptionists and The Smile Rays, Locke eventually released his solo album Super Ramen Rocketship towards the end of the last decade and has continued to receive acclaim for his following projects.

Banding together, Edan and Paten Locke are intending to push their own boundaries into overdrive and onto another level. But as much as their live shows together have been eclectic and awash with technical wizardry, reports have also suggested that they have also injected some much needed humour and light relief into a world so full of intensely self-important wozzocks standing on stage, begging to be worshipped.

Perhaps it’s to be expected from performers of such humour, but we’ve been reading of antics such as Edan randomly putting a wig on while playing kazoo as Locke played a glockenspiel. With absolutely no irony intended, we implore the super-serious and miserablists to take heed; that is entertainment.

The duo will find themselves at the Kazimier on October 1 and will be joined by Onoe Capone and Subculture Sage.