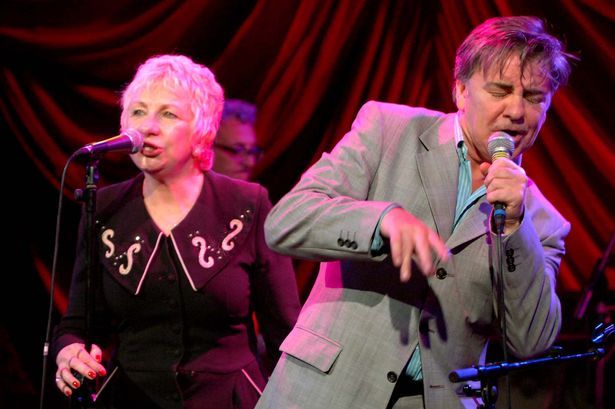 With their Kazimier double header just under a month away, Getintothis’ Tom Konstantynowicz looks at how Deaf School electrified Liverpool music but still remain anonymous to many.

Journalist and author Paul Du Noyer once said: “In the whole history of Liverpool music two bands matter most, one is The Beatles and the other is Deaf School”.

Picture this, the famous Cavern Club had been shut for 12 months and the Merseybeat mega-scene had all but evaporated, its peak ten years in the distant past. For the first time in a long time, Liverpool was scene-less. The musical hotbed was burnt out – nothing.

It’s 1974, a group of art school students and staff rehearsed for the Christmas dance performance, nobody playing an instrument and anyone could join if they liked – kind of Glee club-style. The rehearsal space was a building that now belongs to Liverpool Art College but was formerly a school for the deaf.

Image-wise, this group of ‘interesting’ – as one member described them – individuals were in stark contrast to the skinny jean wearing, leather clad, big haired remnants of Merseybeat. Dressed in charity shop finds with forties Hollywood-style slicked back hair and Venetian blind style glasses – about thirty years before Kanye West wore them in his Stronger video – this was a band going against the grain, both behind and ahead of their time simultaneously.

Snapped up by Warner Brothers, the band recorded three studio albums between ‘76 and ’78, adored by those who knew, dismissed by those who didn’t. Their art-pop, infused with elements of the outlandish glamour of cabaret and theatre, was drowned out somewhat by the anarchic, rebellious sound of The Sex Pistols, The Ramones and the punk-wave sweeping the nation at the time.

Read our whopping Beatles at 50 retrospective

But Liverpool needed Deaf School, more so than the rest of the country. Although their impact on a wider scale would be later realised, it was Liverpool’s music scene that needed galvanising.

Influential in getting the now legendary Eric’s club off the ground – playing the opening night – Deaf School created a scene where there wasn’t one. Unfortunately, it was those who followed who would reap the real rewards.

Malcolm McLaren, manager of The Sex Pistols – who later in ‘76 followed Deaf School in playing at the Mathew Street venue, Eric’s – once told the band it was “just as bad to be too early as too late”. You could call Deaf School a catalyst band – vital, often overlooked forerunners to the mid-seventies punk revolution.

“The first Velvet Underground album only sold 10,000 copies, but everyone who bought it formed a band” is a famous Brian Eno quote about Lou Reed’s cult group. Deaf School never sold in hoards, even backed by American powerhouses at Warner, but it seemed everyone in attendance at their avant-garde live shows went on to musical prominence.

This writer was born three decades too late to experience Deaf School in their brief pomp. However, growing up around Liverpool, hearing stories and fond memories from parents, aunties and uncles confirms the impact they had. They meant a lot to a lot of people, still do. That’s a real legacy, as is being close to selling out two nights at The Kazimier, over 40 years on.

Like The Beatles, Deaf School are everywhere you turn in Liverpool, you just have to look a little harder.

From their third studio album, perhaps the median of Deaf School tracks. Mixing a harder punk edge in the crunchy metronomic riff with Enrico Cadillac and Bette Bright’s flamboyant vocals, all tied together with brass.

Another from their final album with Warner Brothers, the whole record fuses punk, ska and art pop and I Wanna Be Your Boy is no different.

Released slap bang in the middle of the punk revolution, this from Deaf School’s second studio album sees the band at their most aggressive and ballsy. The café in Kensington, Liverpool, which the song refers to, is still there today.

A stripped back number from their 1976 debut, written by Steve ‘Mr. Average’ Lindsey and showcasing the dazzling vocal stylings of Bette Bright. Max Ripple is on the accordion with Ian Ritchie‘s on sax. Sounds kind of like something from a musical.

The title track from their debut best demonstrates their love of 1940s Hollywood. The lyrics by Cadillac (real name Steve Allen) read like a film script from that era, full of understated glamour.

This was Cliff Hanger’s (Clive Langer) attempt at ‘doing Paul McCartney’ according to Paul Du Noyer’s 2013 book Deaf School: The Non-Stop Pop Art Punk Rock Party. There are hints of that in the melody and of Ian Dury and the Blockheads in Eric Shark‘s quips in between Bette Bright’s vocals.

Cadillac’s storytelling, wit and charm is abundant in this tale of a failed ladies’ man who waits all night for a no-show date, ending up getting hammered alone at the bar.

You’d struggle to find a song, barring Bohemian Rhapsody of course, to mix such an array of elements. Taxi sees Deaf School at their art-pop best. An alternative masterpiece.

A song about a lackadaisical suicide attempt, with its jaunty ukulele riffs and sing-along chorus, we can already picture all the old post-punk, ska and art-pop heads bouncing round The Kazimier one last to this come December 9 & 10.