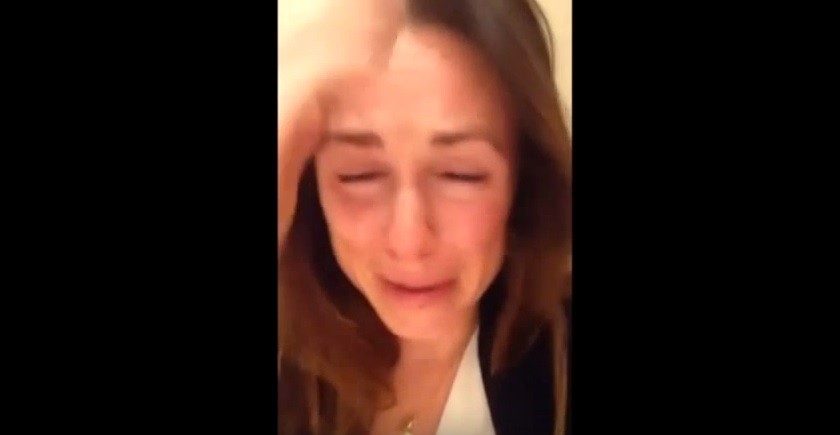 Sandi Thom has said she’s quitting the music industry after her track Earthquake was rejected by radio.

The ex-LIPA singer Sandi Thom has published a Facebook breakdown insisting she’s ‘fucking sick to death’ of the music industry.

The 34-year-old vented her tirade against the BBC saying she was quitting the industry after her track Earthquake was rejected by radio play-listers. She also slammed radio giant Bauer Media after they chose not to give the song airtime.

Thom’s one-hit wonder debut single I Wish I Was a Punk Rocker knocked Gnarls Barkley‘s Crazy off the top of the charts however, her career failed to take off, with only two of her next 12 releases making the charts – peaking at numbers 22 and 58.

Thom, from Aberdeen, said: “I just heard that Earthquake didn’t make the Radio 2 playlist again. I wanted to make this video so people realise how much it hurts because I apparently can do no right.”

Says it all really! 2 fingers up to convention! Can I get a hell yeah! 😎😎 pic.twitter.com/uDpCUKEL3p

She added: “It perfectly fits their format for the station. This is literally the last thing. ‘I am done with this industry. I am fucking sick and tired of having to sit on the edge of my seat waiting for these people to come back and tell me their verdict of whether this song is going to be a success.

“The other massive network in the UK, which is Bauer, also said no. That is basically 22 million people across the country who will not get to hear this song because of one person’s decision. Honest to God I’m fucking sick to death of the bullshit this industry pulls on people like me and I’ve had it. Enough I’m done. Fuck you Radio 2. Fuck you Bauer network and fuck the lot of you.”