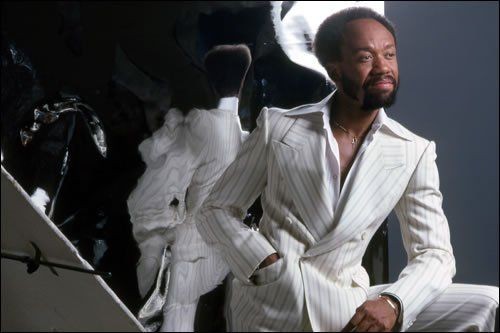 Following the death of founding member Maurice White, Getintothis Del Pike reminds us that it wasn’t all disco boots and kinky afros and there was more to Earth, Wind & Fire than meets the eye.

As news reports roll in covering the sad passing of Earth, Wind & Fire‘s long time funkster Maurice White, we are continually reminded of the band’s mid-70s to 80s output with classic floor-fillers, September, Boogie Wonderland and Let’s Groove. These were truly great songs and formed the foundation of the disco movement as much as the music of Nile Rodgers or Quincy Jones.

An overlooked chapter in the band’s history, however, that sheds light on their status as black musicians and the cultural context of their early sound is their controversial collaboration with independent filmmaker Melvin Van Peebles.

When Melvin directed Watermelon Man for Columbia Pictures in 1970, a film that involved black actor Godfrey Cambridge whiting up for laughs, he realised something was wrong in the state of Tinseltown. The rebellious director felt it his duty to create a movie that put the black guy at the centre of the action but without a white hand up his ass. The times being what they were this wasn’t going to happen, not in Hollywood at least, so Melvin took matters into his own hands.

Sweet Sweetback’s Baadasssss Song was the fruit of Melvin’s campaign. Released in 1971, it remained for many years alongside Deep Throat, one of the most successful independent pictures ever made, and it was no less controversial than its strange bedfellow.

Listen to some other iconic movie music here

The story tells of Sweetback (Van Peebles himself), a young man raised in a brothel and forced to perform as a gigolo to survive. When framed by the police, Sweetback runs for cover leaving his captors bruised and battered. A chase ensues that takes up the majority of the largely dialogue-free movie, and Sweetback uses his sexuality as currency to negotiate his way across the country and to get out of multiple scrapes.

A notable scene sees Sweetback laying down with a white female leader of a Hell’s Angels group, being cheered on as she wails with pleasure. This was 1971. Multi-racial coupling was the least of Melvin’s worries though in terms of censor baiting. The opening scene sees a junior Sweetback earning his name in a sex scene with an adult prostitute. The problem of casting such a tricky role was solved by using his own son Mario, still a child, a decision that has haunted Melvin and Mario for the rest of their lives. Mario dealt with the anger he felt about this deal in his own biopic of the film’s production, Baadasssss in 2003.

Unable to gain studio backing, the film was financed by Melvin’s own fundraising activities, begging and borrowing and using a team of non-union filmmakers on a promise. The comic actor and now shamed Bill Cosby believed in the project and put up enough for money for the movie to hang together. In a bid to cut corners further the virtually non-musical Melvin provided his own soundtrack under the guise of Brer Soul, but the Jack-of-all-trades was struggling.

A recommendation of a new soul outfit in the neighbourhood was sought out and Earth, Wind & Fire entered the frame. The band were not yet a household name and had only recently been working on their self-titled debut. Their role on the soundtrack was to provide vibes and moods rather than actual songs (also on a promise), and the film is glued together by the music they produced more than any other non-musical film in existence.

The status of the film as a vital piece of ground-breaking black cinema cannot be understated. Often wrongly considered alongside Shaft, released the same year as the first Blaxploitation film, this is cruelly inaccurate.  Neither film can lay claim to that title with Cotton Comes to Harlem and to some extent Watermelon Man having come first. Sweetback…  is not Blaxploitation anyway, this is a film made for the black community by the black community as Melvin has repeatedly stated, and here’s the twist… the black guy gets away, leaving the white cops standing.

The references to slavery run deep in Sweetback… as the hero beats down the cops with his handcuffs (shackles) and the soundtrack amplifies this recognition of past crimes in its recurring chant, “They bled my Mama / they bled my Papa / but he won’t bleed me”. Sung out against what sounds like a chain gang chorus, these moments alone raise the status of the film above mere Blaxploitation. The Black Panther’s Huey Newton certainly picked up on the power of the film when he recommended it as required viewing to all party members and featured the poster on the cover of The Panther’s manifesto.

The Earth, Wind & Fire soundtrack is constant throughout the film and repetitive. Some viewers find it almost unbearable on first watch, but with repeated sittings they will realise the importance of its presence. The music is Sweetback’s sole (soul) companion as he eats a live lizard to survive in a scorching desert or takes out police dogs to cross a river to safety.

The soulful voices that make the band’s disco era so memorable are absent here, just discordant chants and militant cries (mainly vocalised by Melvin). Track titles, as featured on the album Sweet Sweetback’s Baadasssss Song – An Opera, are convoluted but amplify the importance of the marriage between track and onscreen action.

Pieces such as SWEETBACK GETTING IT UPTIGHT AND PREACHING IT SO HARD THE BOURGEOUIS REGGIN ANGELS IN HEAVEN TURN AROUND really tell it like it is. The closing track that accompanies Sweetback’s escape from the cops tells the whole tale in its title alone, THE MAN TRIES RUNNING HIS USUAL GAME BUT SWEETBACK JONES IS SO STRONG HE WASTES THE HOUNDS (YEAH! YEAH! AND BESIDES THAT WILL BE COMING BACK TAKIN’ NAMES & COLLECTING DUES). Some element of light relief comes in Sweetback’s Theme, a solid funk workout in the style of classic Earth, Wind & Fire.

The film is very much Melvin Van Peebles’ baby and despite feminist Bell Hooks, claiming that he was in it for the money, an unlikely claim, it stands as a vital film to this day. Bizarrely, but wonderfully, on the choices list for A2 Film Studies, the film still manages to shock. The BFI print blanks out the juvenile sex scene, but it is still deeply disturbing.

The film however would not be the piece of art that it is without the Earth, Wind & Fire soundtrack. Had it been scored by James Brown or Curtis Mayfield, like other Black cinema movies at the time, it would have been a very different film. The Soul Collective nature of the band and their direction by Melvin is pure and meaningful. We can only hope they got paid at some point.

Take a little time to listen to this soundtrack alongside reminiscing to Boogie Wonderland and hopefully it might help to gain a deeper understanding of the band and provide a more insightful tribute to Maurice White.