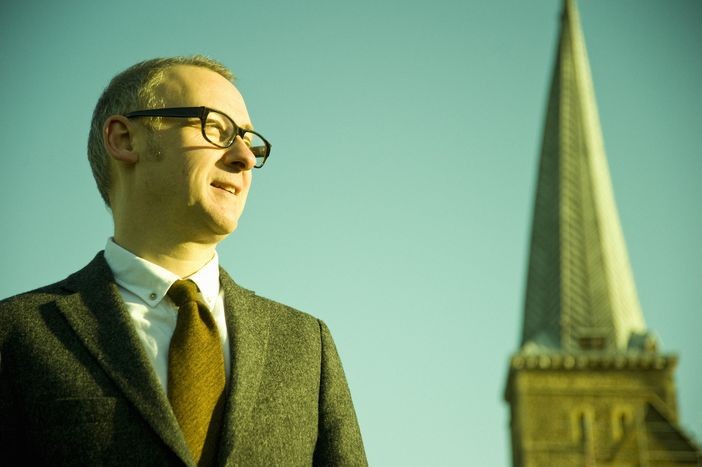 From science-fiction to psychedelia, Getintothis’ Martin Summerfield explores the Ghost Box label with his guide to the ‘beautiful strangeness’ of this fascinating collection of oddities.

There’s a popular story that posits, in the last years of his life, Thomas Edison turned to spiritualism and was rumoured to have been developing a “spirit phone” to communicate with the dead, due to him mentioning it in American Magazine in 1920.

Edison himself later debunked this, saying “I really had nothing to tell him, but I hated to disappoint him so I thought up this story about communicating with spirits, but it was all a joke.” Although there is more myth than truth to the story, the idea certainly holds a fascination and is an idea that fits right in with science fiction, that science could break down the very barriers of life and death.

The inheritor to this idea was that of the Ghost Box, created by Frank Sumption  – a device like a radio/white noise generator used as a medium to communicate with spirits through the use of radio frequencies. It’s an apt name for a label that focuses on the preternatural, ethereal and extraterrestrial and acts as a manifesto.

Many of the tracks are fragmentary in nature, like someone trying to explain a story that doesn’t translate from another world to ours, like a story three times removed. The tracks are short, but effective and feel retro-futuristic, as if imagined futures from Britain in the 70’s or 80’s had come into fruition. It’s like an auditory alternate history – no, scratch that – it’s like a multi-verse of auditory alternate histories, each from worlds like our own but different than our own.

It all began in 2003, when Jim Jupp and Julian House decided to form their own label comprising of mutual influences such as “music for schools, cosmic horror stories, library music, English surrealism, and the dark side of psychedelia,” in an attempt to make more than merely a record label, but to create a fully formed imaginary world.

This culminated in 2004 with the release of the first albums by The Focus Group and Belbury Poly, slowly accruing a small stable of quality artists and bands like The Advisory Circle and Eric Zann. Although the selection of artists are small, you get the impression that every artist on the label is passionate about the world Jupp and House have created, and are kindred spirits in weird.

“Part of a theme that’s ongoing in all the Belbury Poly records, and I think all of the Ghost Box records (…) is a tradition of British science fiction, where you’ve got on the one hand the setting of a very traditional background, with very ancient things, but you’ve got this weird, cosmic stuff happening at the same time. A lot of old British sci-fi books – John Wyndham, for instance – have these really mundane, quaint little village settings, but all of a sudden something really freaky and cosmic appears in the middle of it.”- Jim Jupp, co-founder of Ghost Box Records.

The records are united by a retro SF aesthetic that carries over to every album cover, thanks to co-founder Julian House’s trippy designs, resembling 60’s Penguin paperbacks and reinforcing the idea that this is library music. What is special about Ghost Box is that each record in appearance and sound give the impression that these were recordings that House and Jupp just found in a car boot sale for a closed library and have just released them to the world.

What is most interesting is the difference in approach that both Jupp and House have whilst having a unified vision for Ghost Box. Jupp’s band, Belbury Poly, named after the town in C. S. Lewis‘s ‘That Hideous Strength’ where the scientists are dabbling with the occult, gives the impression of pastoral England invoking supernatural forces.

This is exemplified in their 2005 album, The Willows, which takes its lead from The Wickerman and Jeff Lynne’s War of the Worlds. Analogue synths are accentuated with woodwinds and strings, the audio equivalent of the alien meeting the pastoral in an unholy alliance that somehow works. Jupp also doubles up as another artist on Ghost Box – the gothic and Lovecraftian Eric Zann, offering a more intense and oppressive sound that is frequently apocalyptic and never boring. 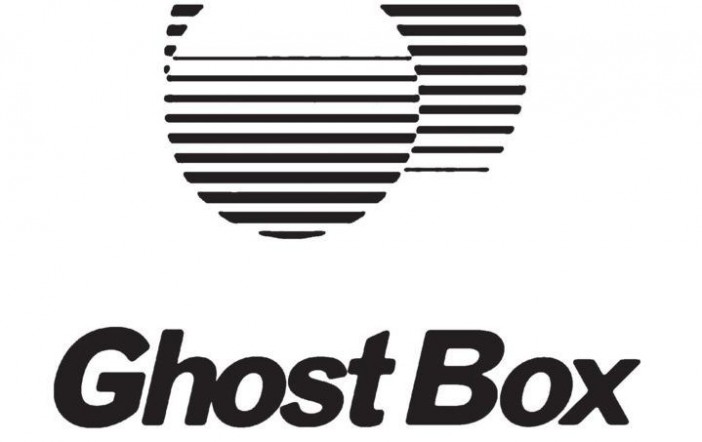 Whereas House’s band, The Focus Group concentrates on using cut and paste techniques to blend analogue and digital sound and samples in a confusing symphony that is at once harmonious and disharmonious, familiar yet unsettling, and alludes to the hauntology implicit in the name Ghost Box.

Their 2005 album, Hey Let Loose Your Love, really does sound like fragments of missives from a series of different times and people, but all off the messages have gotten mixed up and are so non- linear that you can only translate portions of meaning and try to reassemble it later. You have no conception as to what the message means as it is completely nonsensical, but it was memorable and transcendental.

The Focus Group has a habit of making you feel déjà vu for something you’re not sure you’ve actually experienced, which shows you just how intelligently they’ve used samples to give a feeling that these messages from radio past are trying to speak to you.

Martin Jenkins’ Pye Corner Audio is a relative newcomer to Ghost Box, releasing his 2012 album Sleep Games on the label in 2012, but has released most of his work independently on his own label – Pye Corner Audio Transcription Services and Type. Pye Corner Audio strongly resembles the soundtrack work of John Carpenter in his purple period, building tension through analogue synths with a heavy dystopian funk building to a crescendo of Moog menacing promise.

At the time of writing this article, this writer didn’t get the chance to seek out and listen to Black Mill Tapes Volumes 1-4, but the theme sounds like it would have fitted well with Ghost Box’s theme of found music, as Jenkins came up with the idea that “They were just these tapes that Head Technician had come across and he wanted to transfer them to a digital medium.”

It’s an old device of legitimising new work that harks back to how Chaucer sold The Canterbury Tales as found stories and an interesting stylistic choice that both ages the work and makes it feel like it is part of a cohesive sonic universe, more eerie and conspiratorial than our own.

Favourites of 6 Music and The Freak Zone, The Soundcarriers are a neo-pagan band with more than a passing audible resemblance to The Wicker Man soundtrack and bands like Pentacle, combined with electronic music and infused with jazz drenched hallucinatory experiences.

Their 2014 album Entropicalia takes you through a psychedelic journey with 60’s pop vocals acting as a krautrock chorus to a sprawling, incomprehensible dreamscape. The Soundcarriers are oneiromancers singing to us dream prophecies that are beautiful but we cannot interpret because they are beyond our normal human comprehension, leaving us only abstract ideas and impressions to latch onto. Their music reminds us of chaotic entropy, of the struggle between order and chaos for dominance and the cycle of life of death.

But where do I start? we hear you cry. Never fear, neophyte, for we are here to guide you. In A Moment…Ghost Box is a great place to start, featuring a decade’s worth of various artists to grace the label and you can stream it on Spotify if you want to hear for yourself the beautiful strangeness contained within. There are also some free tracks on their website for download, too. But if you have a love for British psych, synthesisers, clever sampling and long for musical experimentation, then I urge you to support them.

Energy in the Home feels like Vangelis with a voice over – ambient synths with a sample of energy regulation, giving the song a feeling of found footage dug up by a future archaeologist marvelling at the simplicity of our times. The track can be downloaded for free here.

There’s a definite juxtaposition of the pagan strangeness of the country with retro futurism, especially in tracks like Time Scale which sample the poem Delia by Samuel Daniel (“Time, cruel Time, come and subdue that brow”) combined and faded into a poem by Gillian Currie called Finale which feels like the song is regenerating like a dying timelord, whilst Julia Derbyshire-like synths warble pleasingly in the background.

Named after an H.P. Lovecraft short story The Music of Eric Zann, about a musician who plays music from another dimension. The music is stark, ambient and otherworldly, as you’d expect considering the origin of the artist’s name. If there was ever a film adaptation of The Music of Eric Zann they’d be fools not to use the disquietude of tracks like Ourobourindra (another allusion to the C.S. Lewis story, That Hideous Strength) which are oppressive with sinister overtones and the promise of menace and unseen, incomprehensible terrors to come.

Possibly the most fragmentary and discordant of the bands on Ghost Box, The Focus Group combine library music and 60’s pastiches to make something disturbingly familiar yet utterly alien at the same time. This is exemplified in Hypnoradiol, a strange, static filled transmission replete with unintelligible voices and clashing sound samples, that acts as a short but unnerving feeling akin to making first contact