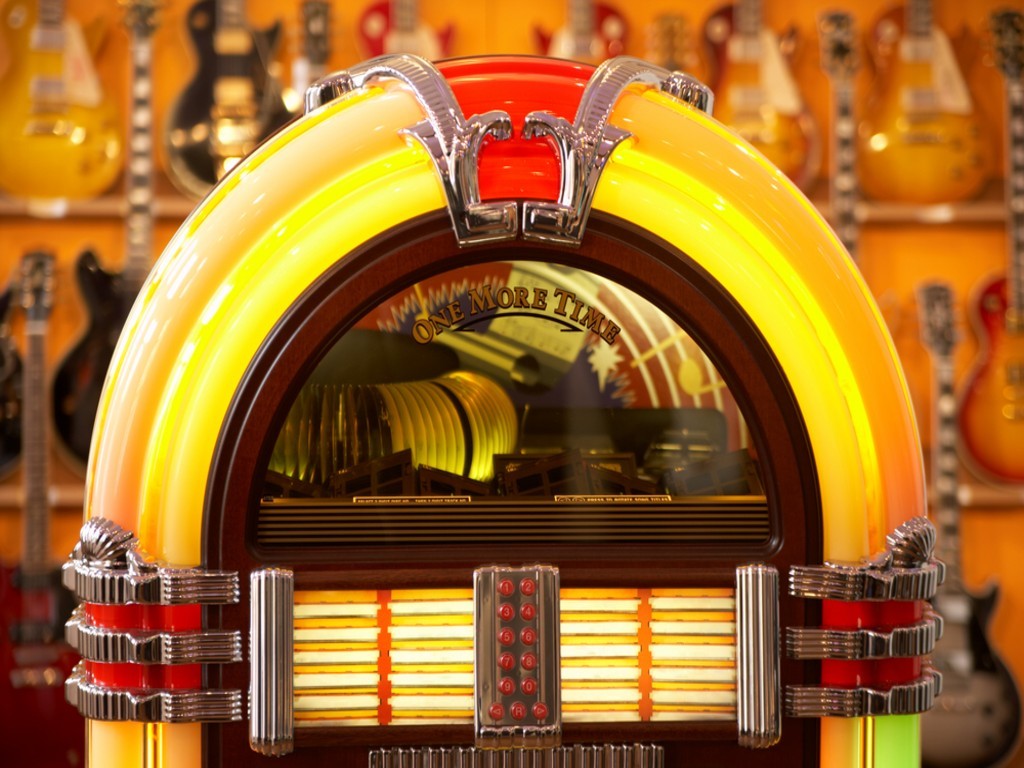 The Getintothis Jukebox is a potent collection of locally-sourced acts, artists touring the city in the month ahead, and an eclectic selection of the best new tracks released into the ether from overseas, Getintothis’ Jake Marley takes the helm.

So the “vinyl revival” continues. We’re heading closer to the musical soul-destroying ‘race to see who can sell a one-off record for the biggest profit margin on Ebay’ (otherwise known as Record Store Day), with the soul-destroying continuing further with the earth shattering revelation that Sainsbury’s have seen Tesco’s re-stocking of vinyl and raised them another ‘Stones record for a fiver more. Let’s be honest, our indies are better and always will be. That said, the one thing that always remains is the craving for new music, new music that Record Store Day supplies, despite people’s attempts to ruin it. In the meantime, Getintothis Jukebox is a pretty safe bet to fill your new music glass to the top. Get stuck into some juicy new music picks and enjoy yourself.

Kicking things off on the shores of the River Mersey, Deltasonic Records‘ big-hitters The Vryll Society have been hitting Spring 2016 for six, even just a few weeks in. Currently bouncing round the county with Blossoms, these psych-scousers never rest. Their latest track and video, La Jetee, is the latest in a long line of chill-psych rhythms fit for playlisting madness. The Vryll Society support Blossoms at Liverpool’s O2 Academy on March 25.

Keeping things noisy, but turned up about ten notches,  Ohmns, played The GIT Award launch at Buyers Club a few months back with a set full of bonkers antics, mic stands flying everywhere and some of the best drumming around. New release View From Here is just a small taster of the energy and grungy goodness within. For the full menu see them live as soon as possible.

Now, Wirral bands are harder to come by. It’s not often the other side of the Mersey gets a look in, so here’s a few gems from the Wirral peninsula. First up, Pure Joy. There’s bits of Mac Demarco amongst the lushious lo-fi psych guitar spurts and the sparkly americana of Girl wouldn’t sound out of place in the U.S sunlight.

Following on, there’s Echo Beach. Still in relative infancy and currently hiding away recording, The Wirral shoegazers who recently played Maguires for Hail Hail Records grab your ears with pencil-tip guitars and off-kilter jams. Jaunts like recent demo Train echo dynamics from fellow Wirralians By The Sea all the way up to DIIV and Beach House while remaining their own wild creation, certainly one to keep a sideways glance on as the year progresses.

The Night Cafe also just go from strength to strength with their cocktail crush indie-pop. Premiered by DIY, newbie Together is undoubtedly their biggest and best track to date.

Now for the usual check-in with our friends down the M62. Three big releases from Manchester groups threatening to break through the proverbial glass ceiling this year. Girlfriend excel with lashes of dancefloor friendly, strobey, electro-pop and soft, soothing vocal displays, all of which is available in high amounts in new track Nocturnal.

Cupids have already laid the foundations for a big year, gigging for This Feeling, securing several big UK Festivals and being booked to headline new Manchester all-day event When In Manchester in April. Their newest soundscape, Kickin’ In screams a band just kickin’ into gear ahead of festival season. Finally, groovy energy in the form of Dantevilles, who featured in our Getintothis Jukebox a few months ago as Blossoms‘ guest pick. They make their return with Sea Of Change from their upcoming EP Calm Before The Storm. Whack your headphones in and press play, joyful indie-pop goodness.

Missed previous Jukebox instalments? We forgive you, but be sure to check them out here.

Every month there’s a shit tonne of gigs to sift through on the North-West scene, so at Getintothis Jukebox HQ the aim is to make things easier for the average gig goer. So here’s a few you simply CAN’T miss and a track from each to further wet your appetite.

BATTLES play Liverpool’s O2 Academy for EVOL on March 23 for the only UK show on their tour outside of London, their new record is a must-buy, as is a ticket for this gig. There’s even more EVOL big-hitting on March 25 too, as arguably the hottest band in the country right now in Blossoms come to town for a sold out show in the O2’s main room, all their EPs are massive and their tours just get better and better.

I Love Live Events bring everyone’s favourite slop-out dreamy shoegazers DIIV to town with the captivating Ulrika Spacek in support at Arts Club on March 27. Finally a Harvest Sun selection as Teleman bring their brand new record Brilliant Sanity to one of Liverpool’s brand new venues, Buyers Club on April 1. Elsewhere in Winsford, fresh from supporting The Coral, The Sundowners are in action with support from Deja Vega.

Every Getintothis Jukebox offers up a taste of the new. A selection of artists either fresh on the scene or with new releases out. Diverse, fresh and hopefully pretty good.

Kicking things off, Skipping, a new release on Partisan Records from Eagulls. Throbbing, post-punk at its finest, detailing the annoyance we’ve all faced. A skipping record. The track is taken from their new album Ullages out in May.

In a completely different boat, Aloha are back with their first record since 2010. Lead release Signal Drift has announced their return in style. Shimmery, head-bop friendly, synth-pop pulses galore.

Singer-Songwriter Eliza Shaddad has been wowing ears for a while now but her new track Always, taken from her new EP Run, is on a whole new level. Infectious rhythm guitar lines and spell-binding vocal essence; evocative, enchanting, glorious.

Of course the Getintothis Jukebox is not complete without a guest pick, this edition’s comes from Frontman of The Charlatans and Tim Peaks Diner curator, Tim Burgess.

Tim has picked Fern Hill, part of a five-track EP by Howard Marks and his band, a celebration of legendary poet and spoken-word master Dylan Thomas, to be released for Record Store Day 2016 by Burgess’ O Genesis Recordings.

Tim: Despite Howard Marks’ battle with bowel cancer the band have mutually decided to release the EP this year for RSD 2016. [It’s genius] “Howard’s voice is perfect for Dylan Thomas’ poetry.”

Share. Twitter Facebook Google+ Pinterest LinkedIn Tumblr Email
Previous ArticleMarried To The Sea: I Dreamed I Was Disappearing
Next Article Win tickets to see Soul II Soul on their return to Liverpool at Mountford Hall