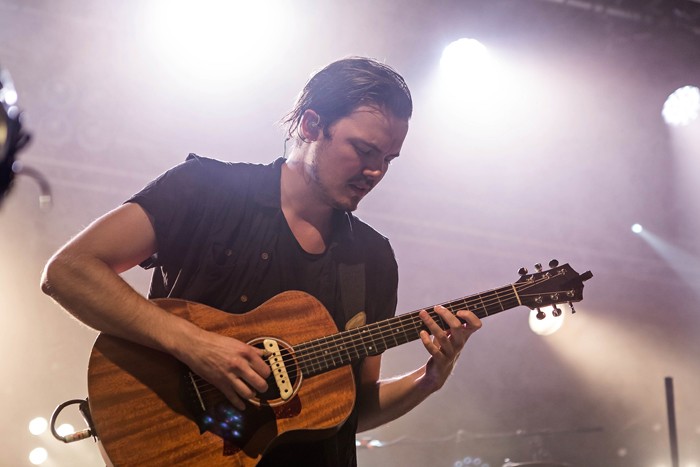 As Canadian band Half Moon Run stop by in Liverpool on their European tour, Getintothis’ Amaan Khan takes in an energetic set.

Monday evenings can also be filled with an immense amount of energy and the O2 Academy, on March 21, was a perfect place to prove it. Half Moon Run stopped by the venue as a part of their UK and Europe tour and offered Liverpool some Canadian musical goodness with some help from the equally interesting, Aidan Knight.

As the already excited crowd trickles in, the sight of the jungle of instruments and strange lighting equipment on the stage just adds to the anticipation. Often enough, the support act has negligible relation with the main act and only serves as a break between the wait.

However, this night is different. Aidan Knight not only hails from Canada just like Half Moon Run but also offers a musical style that compliments that of the band. With two synth players, guitars and drums to back him up, the singer-songwriter takes some folk flavours to such experimental and ambient grounds, that on this night, he even sounds post-rock enough to be compared to the likes of Sigur Ros. He, without a doubt, earns some new fans and sets an example of a perfectly suitable support act.

After a reasonable wait, Half Moon Run address loyal fans with their cleverly written and courageously experimented catalogue of music. All members of the band know how to utilize their assets and constantly switch between instruments.

The music ranges from some very percussion-driven and energetic tunes like Call Me In The Afternoon to the simpler Devil May Care which features some on-point harmonies from frontman Devon Portielje and multi-instrumentalist Conner Molander. If one was to judge the applause, every other song of the set looked like a crowd favourite and the audience seemed to have a soft spot for Conner’s harmonica playing.

It is always an appreciable treat when a band can seamlessly offer varying styles of music in one night, which Half Moon Run successfully does. Sometimes biting into grittier drum heavy tracks and sometimes getting intimate with the down-to-basics folk, the band puts up an almost cinematic show which is further emphasised by the spectacular stage lighting.

Their second full-length album The Sun Leads Me On, which they are promoting on the road, has been lauded to be more defined and braver than the critically acclaimed first album Dark Eyes. However, it is in their live shows where they let out their truly experimental tendencies. They even save their absolute crowd-pleaser Full Circle for the encore. When they finally bid us adieu, the audience requests a second encore, but in vain.

Half Moon Run offers live shows that are packed with as much energy, originality and spectacle as some of the modern legends like Radiohead and Muse. That is the reason they have an almost worldwide fan following that will cherish them at Leeds and Reading festivals later this year. The band gave it one hundred percent at the show, and when musicians of such capabilities do that, the audience gets to witness one of the most memorable concerts of their lives. 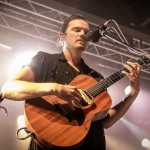 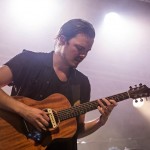 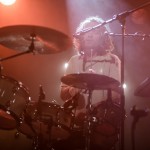 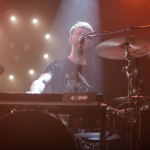 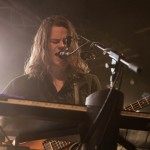 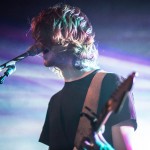 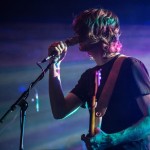