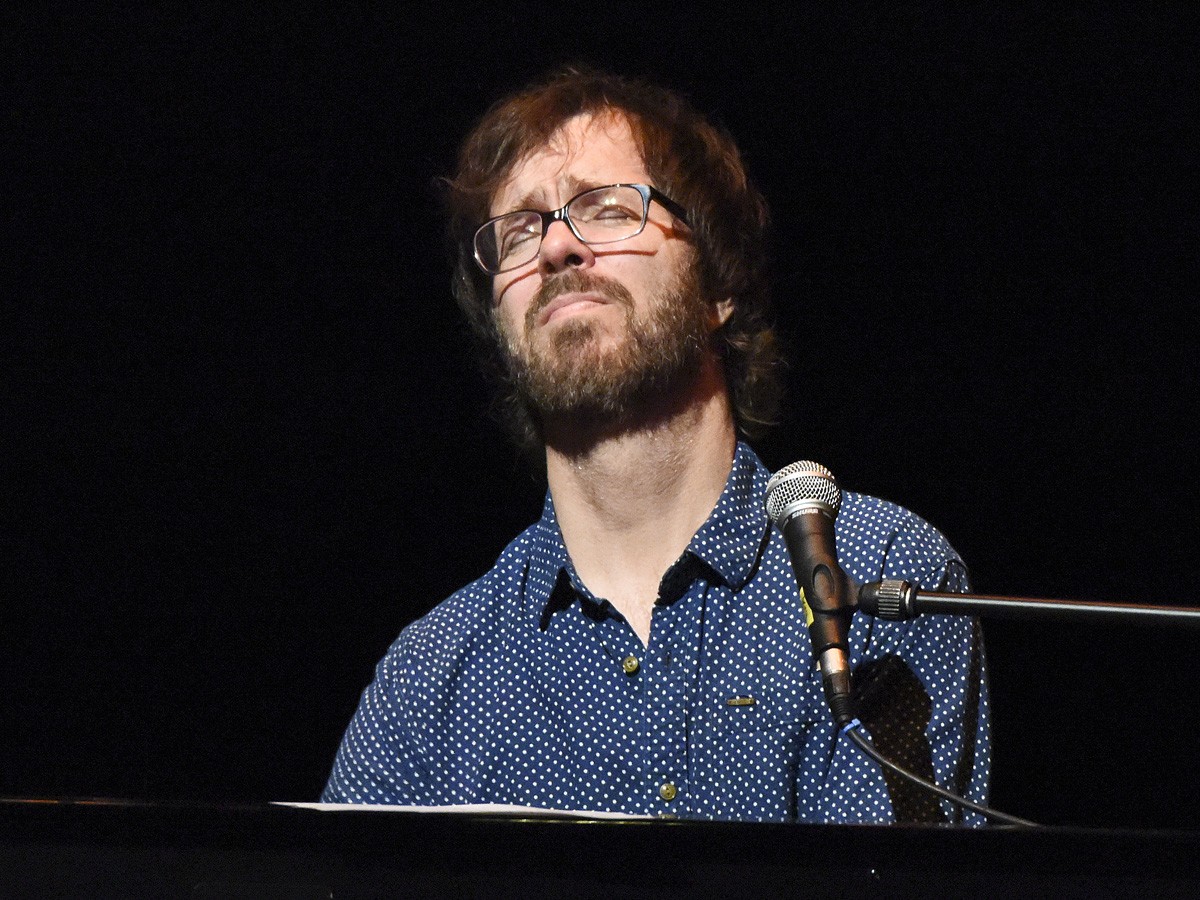 In a night which sees many a tribute to the late Muhammad Ali, Getintothis’ Greg O’Keeffe enjoys a performance by veteran songwriter Ben Folds.

“It’s just a job. Grass grows, birds fly, waves pound the sand. I beat people up,” so said the late, mightily great Muhammad Ali who was paid tender tribute by Ben Folds at the Philharmonic.

That mix of the lyrical and the wry, the poetry and the mundane is very much a constant of Fold‘s own oeuvre, and the American shares a dexterity and breath-taking array of gifts with the former King of the Ring too.
Folds, 49, does his grand-standing from a piano stool rather than a sporting arena, but as he recalled his admiration of Ali on Wednesday night, there was certainly a lick of genius in his own display.

Just like the former Champ, Folds has matured from brash youth to slightly less brash, knowing middle age without losing any of his spontaneity or ability to surprise and delight.

More of that shortly, but first Lera Lynn.

The singer-songwriter opens for Folds with an ethereal performance, holding those lucky enough to arrive early in the palm of her hand. Lynn is currently best known as the singer of some very sad songs in the background of a run-down bar from the second season of True Detective.

Her raw, sinister guitar lines and haunting voice threatened to steal some of the scenes in which she featured despite the presence of Vince Vaughan playing a mobster and Colin Farrell‘s moustache.

She’s swapped film-sets for a European tour playing songs from her slightly less depressing but still sombre album, Resistor, which culminated in the final show in Liverpool.

Joined onstage only by a second guitarist who looks like a character from another HBO-hit Deadwood, her sound is initially sparse but still manages to fill the hall when her voice soars.

Most of the tracks are brooding with a dollop of sinister in the key change, but she counters that with her deadpan sense of humour; wondering about the origins of the word Liverpool and taking it in her stride when the audience is too bashful to engage her on it.

It’s the True Detective stand-out My Least Favourite Life which is the most familiar, and gripping, number but she also manages to turn Johnny Cash standard Ring of Fire into something equally maudlin yet captivating. She’s heading back to Nashville now but not without making her mark on the UK, a Jools Holland appearance will have helped, and it’s unlikely to be the last we’ll see of her.

Next we’re joined by six-piece New York orchestral ensemble yMusic, who have collaborated with Folds for the album So There, which will form the majority of the set.

They take the stage first, three either side of Folds‘ piano, and launch into an instrumental piece which showcases their virtuoso power and experimental leanings.

Enter from the left North Carolina-native Folds who looks half his age but still carries a certain indie-spectacled gravitas.

He cracks straight on with album opener, the affirming You are Capable of Anything, driven by trumpet and his unmistakably poppy piano riffs.

Any Everton fans in the audience will have nodded in empathy with the opening lyrics of Effington (“If there is a God then he’s laughing at us and our football team“), but Folds is in relaxed mood, introducing yMusic‘s gifted musicians between tracks.

“It’s a neat hall,” he says next of the Phil. “I’m seeing how awkward I can be,” before launching into the album’s title track. But he’s actually slick and knowing, with his pop sensibility never far and his voice and melody reminiscent of Sixties songwriters like Albert Hammond or James Taylor.

A breathtaking musical interlude from yMusic follows before the melancholy of I’m Not The Man I Used To Be, and the by turns jaunty and downbeat second half of his album.

Folds regales us with his admiration of Ali, including how a novel The Tao of Muhammad Ali once staved-off boredom on a long flight from Heathrow to the U.S. after a Ben Folds Five tour back in the day.

The brilliant Boxing is duly dedicated to Ali (with it’s refrain ‘Boxing’s been good to me, Howard. Now I’m old, you’re growing old. The whole time we knew, in a couple of years I’d be through. Has boxing been good to you?‘)
There’s time for a spiky rendition of Song for the Dumped (“Give me my money back, you bitch“); which is a gleefully bitter boogie. Folds is savvy enough not to veer too much into zany shtick despite his cleverness.

His drummer Sam Smith takes over for a sensational solo midway between one swing-themed number and then it’s time for a break and a 35-minute encore mostly without the chamber orchestra.

This is reward for the mid-90s faithful who want a bit of BFF nostalgia and he’s humble enough to indulge them despite worrying he may not remember the execution of some of his hits from then.

Kate is faithfully, and powerfully, delivered as is Still Fighting It before yMusic re-emerge for an emotional You Don’t Know Me and a couple more crowd-pleasers from this unassuming polymath.

Sadly there’s no time for solo hit Rocking the Suburbs, or Brick, but that’s no cause for complaint after he’s been so generous. We’ve been spoiled by a special set from a performer who by his own admission should visit more often.

Like his hero Ali, he makes it look so easy, and still knows how to deliver the knock-outs when it counts. We’re left dazed but glad to have bathed in the light of his gifts. 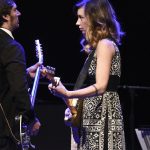 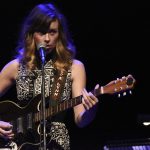 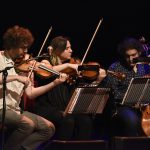 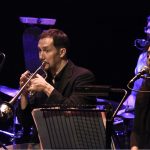 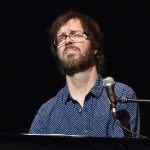 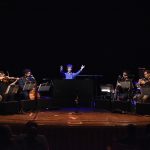 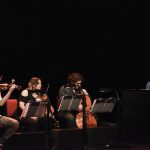