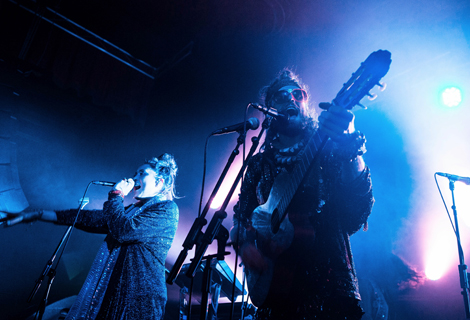 With a new album on the way, Crystal Fighters return to Liverpool this November as Getintothis’ Craig MacDonald finds out.

Crystal Fighters return to Liverpool later this year, when the phenomenal six piece wrap up their UK tour by hitting the O2 Academy on November 18 in support of their forthcoming third album, set to be released later in the year.

The date will mark nearly three years since the English and Spanish group played a sold out Arts Club, as they played one of the sets of the year. It will also be the first show in Liverpool following the tragic loss of their drummer Andrea Marongiu two years ago due to heart failure.

Currently doing the rounds on the festival circuit and continuing to blow minds with their phenomenal live displays, we fully expect this one to be a sell out.