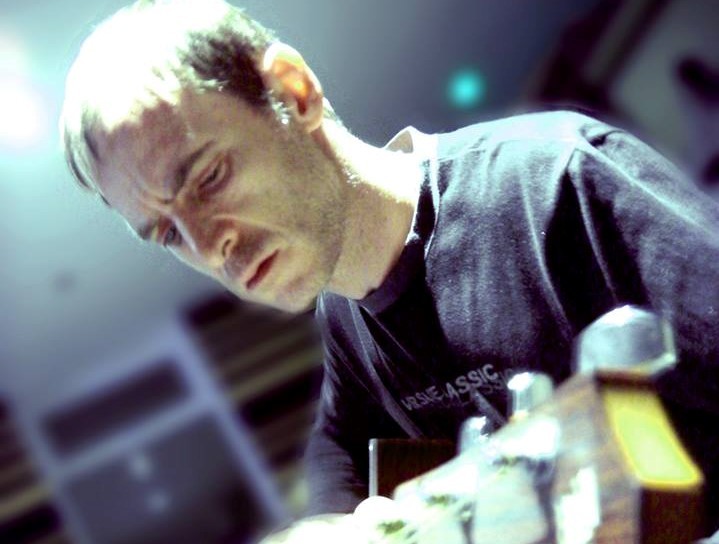 Lee Watson of The Sums

The Sums lead guitarist Lee Watson has died aged 45. Getintothis‘ David Hall brings us news and tributes as they unfold.

Lee Watson, lead guitarist of the well-known and widely-regarded Liverpool indie-rock four-piece The Sums has died according to reports on the band’s official Facebook page.

Details are yet to emerge as to what caused the guitarist’s death, with their website currently displaying a message from the band asking for privacy on behalf of the band and Watson‘s family.

Formerly known as Smaller, The Sums are perhaps most notable for their larger-than life frontman Peter ‘Digsy’ Deary. Close friend Noel Gallagher even went so far as to name the Oasis track Digsy’s Dinner after the local legend, which appeared on their debut album Definitely Maybe.

The Sums released their debut album If Only in 2011, and its follow-up Start At The Finish in 2013. The band were due to play Zanzibar club in Liverpool city centre on Friday, July 1, having released their latest single Hose Me Down late last year.

More on this breaking story as it develops; Getintothis extends our condolences to Lee Watson‘s family and friends at this difficult time.

The Sums‘ bassist Chris Mullin has posted his own tribute on Facebook:

“Lee Watson, June 1968 – June 2016 R.I.P, one of my closest friends & bandmate, a gentleman, and one of the funniest and craziest people i’ve had the pleasure of knowing.
Heartbroken as i’m sure many are, its hard to take this in. We made & played music together in Silverback / Smaller / The Sums since the 90’s and the one thing that kept us together was the music and the love we all have for it and each other, we’ve been through some testing times together and kept the faith…Made some fantastic records together and i’m gutted he wont be able to play on the next one which will be in honour of him… Missing them stupid pointless phone calls already mate, ‘Hello Chris, what ya doing & why?’, ‘ what you having for your tea?’ ‘Better’…
But above all the music we’ve lost a legend and a kind soul, my heart goes out to all his family and friends at such a sad sad time.
i cant believe im writing this, i really cant, love you mate, im gutted, we will never forget you big truck, love from me Nicole and the kids xxx”