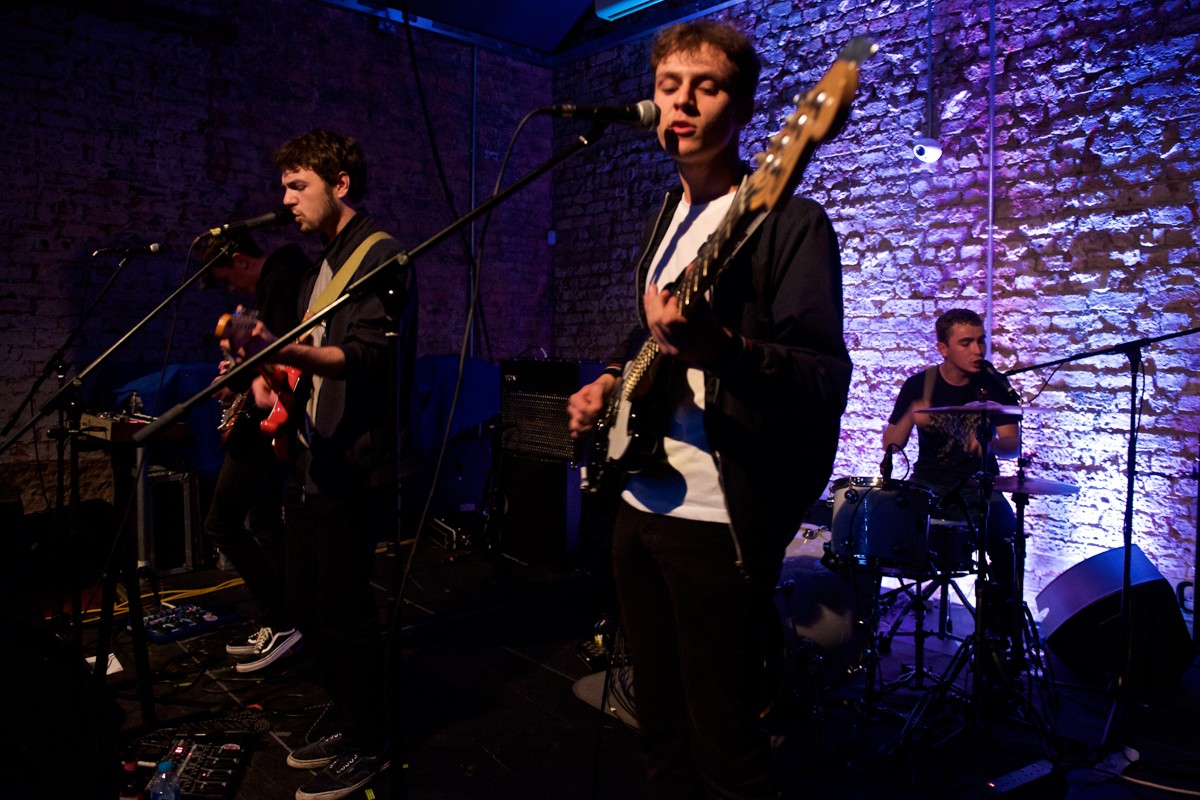 The Night Cafe at the Buyers Club

In the hidden gem that is the Buyers Club, Getintothis’ Ryan Craig explores a night of top-notch talent, serious head bobbing and what it means to be indie.

Indie – a word that once simply meant something to be independent from the mainstream and now after many twists and turns is synonymous with a certain type of sound that artists have come to claim as their own. The Night Café, however, are the true definition of indie, in both the former and latter sense. Four best mates, laughing, joking, drinking and making glorious pop based tunes along the way.

Supporting the scouse four-piece were fellow Merseyside-based rock trio, Fake Street (formally 23 Fake Street). Whose guitar rich melodies made a perfect start to the night, with the booming bass contrasting flawlessly with the, at times, soft subdued vocals of front man Sam Kydd. Their songs seemed to grasp the tricksy instrumentation that seemed similar to bands such as Foals.

Following on were the 4-man band, Joy Room. An intense heavy rock foursome who knew how to move and produce a very raw sound. Just one look at them and you knew they meant business. Often times playing their guitars vertically or pointing them directly at the crowd and dancing with their instruments as the audience danced back. Their rough and ready approach seemed to bring a pleasant new energy to the stage that made the audience warm to them.

Support acts aside, it was obvious that most were there to witness the indie-goodness that is The Night Café, who originally gained popularity touring with The Wombats in late 2015 and now already have a fan base not to be reckoned with. After a series of sound checks, the quartet kicked off their set with Time, a number that just screams summer and showcases just how accomplished their sound is.

Their, at first, timid onstage demeanour is something that becomes both endearing and almost a part of their identity. It’s only after the first two or three songs when the boys seem to settle into the stage and really have fun. With all boys laughing and joking with one another, they even get the crowd involved in their inside jokes, which evidently meant a lot. Their melodic jangling of their guitars loop from delicate to a robust of crisp notes almost instantly, successfully projecting feel good vibes to anyone that will listen.

With the track Growing Up emphasising their youthful energy and their newest track Together giving the feel of looking out for each other, The Night Café are all about building a friendship that eventually becomes as tight as a family – even with their fans. You almost feel like you are a branch on their tree by just simply standing in the crowd and enjoying their music. They are that type of charming indie that seems to put a smile on everyone’s face and rhythm in your feet.

The night concluded with a final “nice one” from lead singer, Sean Martin, as he exited the stage with a beer in one hand and guitar in the other. 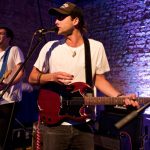 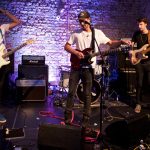 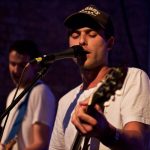 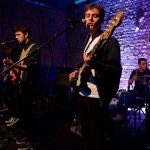 The Night Cafe at the Buyers Club 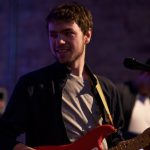 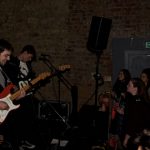 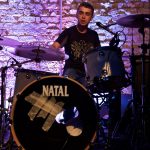 The Night Cafe (with their beat up drums) 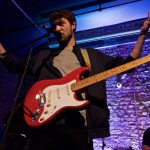