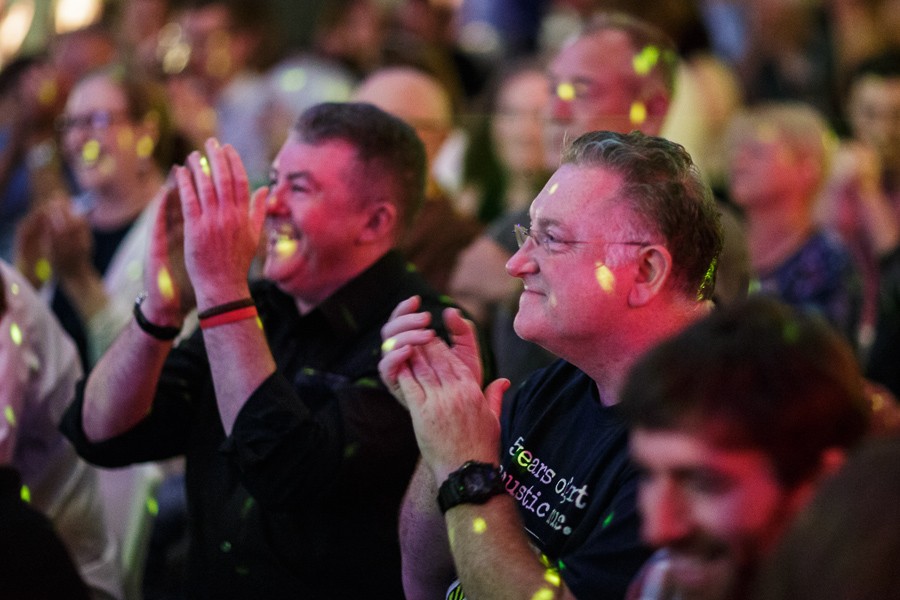 A celebration of one of the all time great albums reveals much of what is special about Liverpool music, as Getintothis’ Tom Konstantynowicz discovered at Leaf.

Paul McCartney said sometime after arguably The Beatles’ finest hour: “We suddenly thought, ‘Hey, what does a record do? It revolves. Great!’. You know – and so it was a Revolver”. The contrasts between this throwaway logic and the complex intricacies and landscape shaping innovations of the album itself are there for all to behold.

Maybe that’s the beauty of The Beatles, summed up right there in a nutshell – simplistic, visionary, relatable, genius. Maybe that’s why so many Liverpool musicians are here at Leaf tonight, playing the songs that went on to inspire their own original work, 50 years on.

For tonight, August 5, 2016 marks half a century since Revolver’s release, an album drenched in cutting edge concepts, acid-infused visualisations and studio tomfoolery that just worked. From the opening riff on Taxman – described as ‘hardly bearing any resemblance to anything in the history of recorded music’ by critic Kenneth Womack – to the sonic weaponry and studio tricks including backwards recording, loops and automatic double tracking, this record sounded like no other.

Put simply, there is no city on the planet prouder of its most famous sons than Liverpool is of John, Paul, George and Ringo. That’s why for this event, curated and hosted by Graham Holland of Liverpool Acoustic and singer-songwriter Roxanne de Bastion, there is only standing room right at the back of Leaf – looking pretty as a picture as per with the solar system of spherical lights and disco balls draped from the ceiling – if you were to arrive slightly late.

50 Years of Revolver is an evening of two halves, the first is Revolver, performed from start to finish by this hand-picked selection of artists. The second is original material influenced in some way, heavily or indirectly, by The Beatles.

Following de Bastion, who opens with a sharp rendition of Taxman – the first foray from The Beatles into the world of topical, protest songs – an early contender for highlight of the evening came through FABIA, stunning the room into ethereal silence with a stripped back piano version of Eleanor Rigby, the dulcet vocals and arrangement absolutely on point. Southbound Attic Band and Derek King then capture the bell-laden Indian flavours of Love You To which, along with Taxman and I Want To Tell You, marked George Harrison’s emergence as a fully-fledged creative songwriting force.

It’s hard to walk anywhere in Liverpool city centre without hearing music, at any time of day. Some of the musicians here, fittingly, are the ones who form the backbone of free live music in the city all year round, away from the splurge of box office shows throughout gig season and who are arguably the greater legacy of the fab four than anything you’ll hear on commercial radio.

Eleanor Nelly and Thom Morecroft are names familiar to those in and around the Merseyside music scene.The latter takes on the song voted in a poll conducted by Liverpool Acoustic as the ‘fan’s favourite’, Here, There and Everywhere, retaining all the sepia-toned elegance of the original, written by McCartney poolside at the Kenwood mansion that held many of their writing sessions. The former is buoyant on the uplifting Good Day Sunshine and sandwiched in between these two is Yellow Submarine, performed by the audience, as the lyrics, probably surplus, appear on-screen karaoke style.

Doctor Robert, the first Beatles’ track to overtly cover drugs, with Lennon once describing it as “mainly about drugs and pills”, is taken on splendidly by the de Bastion father/daughter duo and Joe Symes and the Loving Kind perform Harrison‘s I Want To Tell You. Only Child (Alan O’Hare) tackles penultimate track Got To Get You Into My Life, dedicating it to much-loved Liverpool musician and presenter Stan Ambrose who sadly passed recently and would most certainly have been present tonight.

For final track Tomorrow Never Knows, the band’s full-on attempt to recreate the immersive experience of LSD, She drew the gun have us plugged in for the first time as they reimagine the reverberating psychedelia and early drum and bass sounds which can be heard, quite pronounced, in acts like The Chemical Brothers for example, today.

The encore, if you like, is 45 minutes or so of original songs from the aforementioned artists, who are all worth a look if you stumble upon them down Mathew St on a Sunday afternoon or at Buyers Club on a Friday night alike, with highlights being She drew the gun’s own modern protest song, Poem, and a lecture from Mr. Morecroft.

But tonight is about celebrating a seminal recording, one that paved the way for Sgt Pepper’s and The White Album as well as many of today’s sounds, one that fused psychedelia, oriental stylings and classical composition and one that is considered by many The Beatles’ greatest work, and therefore, the greatest album of all time.

Roxanne and her friends did it more than justice. 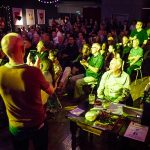 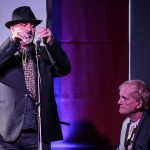 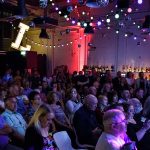 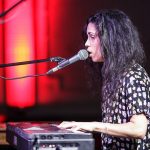 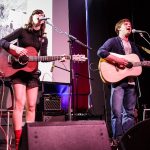 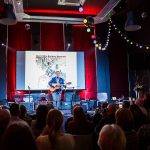 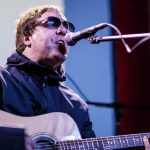 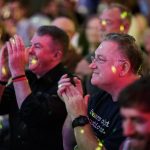 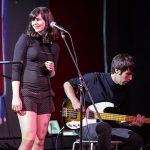 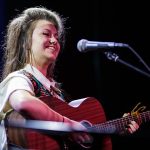 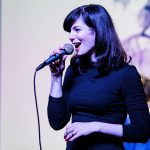 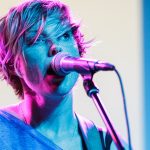 She drew the gun