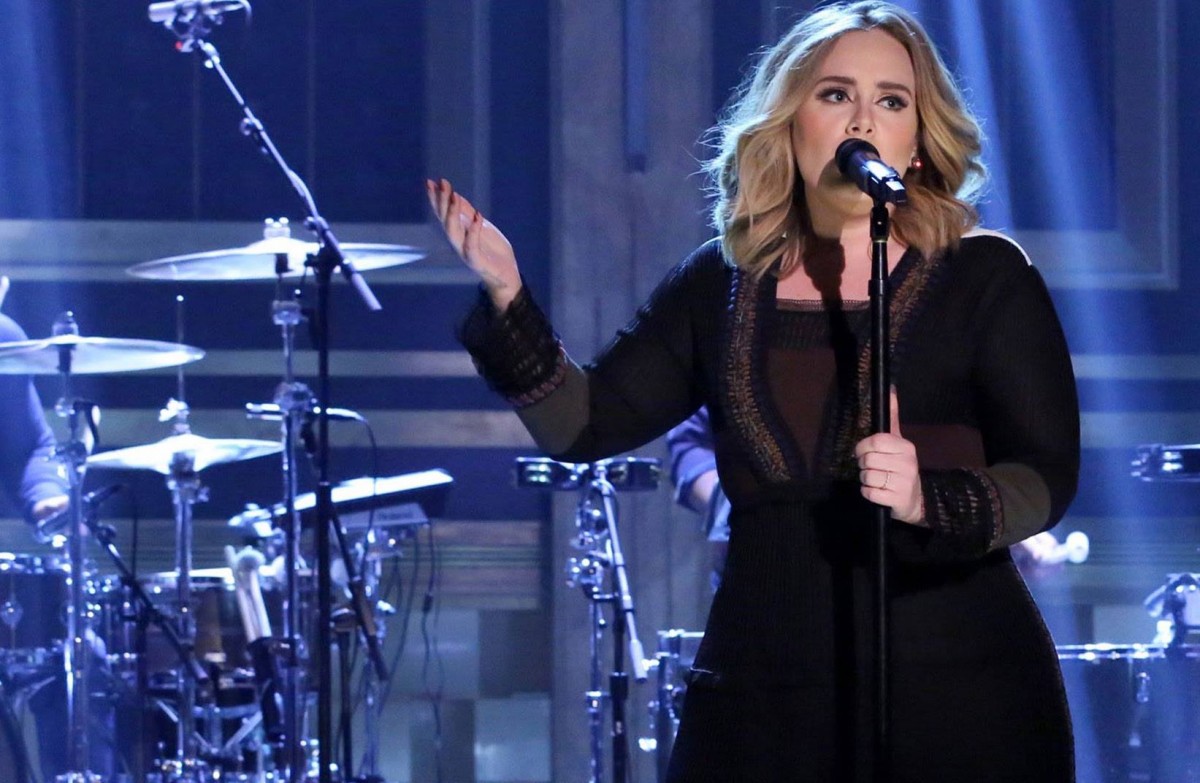 As rumours run rife regarding Adele’s involvement in the Super Bowl, Getintothis’ Shaun Ponsonby asks how appropriate she is.

Say what you want about America, but they know how to put on a show.

This is one of the reasons why the rise of Trumpaggedon has been so successful. He is using his star power and putting on a big, elaborate show in the process. That’s a huge difference between us and them. In comparison, they are still quite a young country. They are loud and boisterous and want to get their own way.

In contrast, we just can’t be arsed most of the time. I know I can’t. But we’re older, we’ve been there, done that, ruled the world, gave it back. We can pull it off when necessary, like at the Olympics in 2012. But ultimately, we don’t give a fuck. If America are the optimistic, energetic teenager, we are the pessimistic, retired pensioner. Or at least I am.

Look at our big, annual sports events. We have the FA Cup final, taking place in the middle of the afternoon, over in an hour or two. Maybe Matt Cardle will come on and sing the national anthem, and the TV coverage might interview Frank Skinner, who is watching in the stands.  But nothing will outshine the riveting spectacle of watching 22 overpaid wankers kicking a clump of leather around grass.

Then America have the Super Bowl; a star-powered international extravaganza. This year 169 million Americans tuned in, along with many more all over the world. Even in this country, some people I know have had Super Bowl parties that I have never been invited to. This year saw  Lady GaGa warm up the stadium by singing the national anthem, highly anticipated commercials and trailers, where a 30 second slot cost advertisers $5 million, the nation’s biggest TV shows produce special episodes to cap off the day. Fireworks, A-list celebrities, an air show, and of course, the halftime performance.

The Super Bowl halftime show really shows the ridiculous scale of the whole thing. Traditionally, the performance tended to be of a rather cheesy nature, a prime example would be 1991’s Disney-produced A Small World Salute to 25 Years of the Super Bowl. Viewing figures tended to fall at this point in the broadcast, so it was decided they needed to do something bold to grab the attention of the audience.

So, this set off a trend. From now on, some of the world’s biggest stars performed the Super Bowl halftime show; Prince, Springsteen, Katy Perry, McCartney, Rolling Stones, Madonna, Beyonce and Janet Jackson’s nipple all made memorable appearances. At this year’s event Coldplay brought their damp squib sound-meets-bombastic stadium visuals and got Beyonce, Bruno Mars and Mark Ronson along for the ride.

Clearly, it calls for a big star! Someone powerful and bombastic! Someone you can put a light show and fireworks behind! Who is rumoured for next year? Oh. Adele.

Now, OK – I don’t want to seem like I have some kind of vendetta against Adele. My vendetta is against Justin Bieber (and he knows why). I have on occasion made reference to the fact that I mainly like her as a person, but find her music boring, monotonous crap. When I see her getting interviewed or at an awards show, she tends to make me smile, but when she starts singing a variation of the same bleeding song she always sings, I switch off immediately. If she brought more of her wit and personality to her music, I’d probably enjoy it a hell of a lot more.

And that’s the thing; in terms of star power, Adele makes total sense. She is practically bank rolling the entire industry to a point. Millions of people will tune in to see her.  But from an aesthetic point of view, it’s leading a lot of people to scratch their heads.

Don't nobody wanna see Adele perform at no damn Superbowl. Girl Goodbye from the other side.

An artist like Adele can't put on an entertaining show for the Superbowl.

Despite the complaint about Adele just standing there and singing being a little on the dumb side (what? Because Paul McCartney surprised everybody by breakdancing during his set?), the larger point is true. It is hard to imagine Adele standing in the middle of a spectacle like that. In fact, I am pretty sure that millions of people saw that headline and collectively immediately said “Zzzzzzzzzzzzz”, with the kind of mocking tone of wry superiority usually reserved for poor online columnists.

And yet I am told her Glastonbury set went down well. I didn’t watch it, I was listening to more uplifting and/or creative music at the time (probably). So maybe she could pull it off for the general populace. Apparently she would be joined by Ryan Tedder of OneRepublic fame (I say “fame”, I couldn’t pick him out of a line-up), so it’s not like it would just be her alone by a piano as usual. It would be her standing next to a piano with someone else.

But, even the biggest Adele fan must be interested to see how this one pans out. On paper, it looks ridiculous. But then, so did Showgirls, and that movie is continuously entertaining.

This week marks 20 years since the last time Oasis did anything that mattered. Happy anniversary, deluded Britpoppers.

The Simpsons are doing an hour-long hip-hop themed episode. I don’t know what’s worse; the hour long episode, the desperate shoe horning of hip hop (that amounts to the equivalent of your nan twerking), the witless and lazily named Jay G character (oh! I get it! Cos it sounds like Jay Z!), or the Fox facilitating crossover with Empire. Oh, how the mighty have fallen. “Stop! Stop! He’s already dead!”

I didjhn’t even bother to read the story. I almost don’t want to know, because the headline provides enough to fuel my wonderous imagination; Snoop Dogg and Martha Stewart to co-host cooking show.