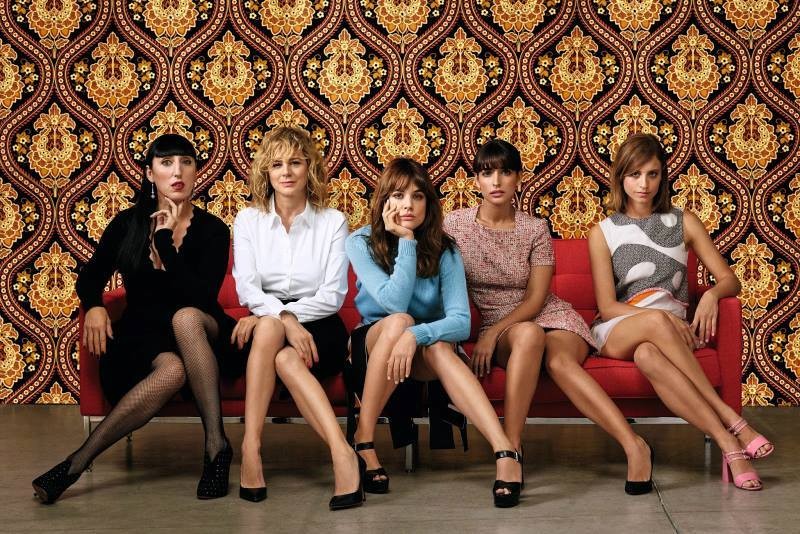 Pedro Almodovar’s new melodrama Julieta arrives at FACT and Getintothis’ Del Pike questions, is this really a return to form or another Hitchcock homage?

Following on from the poorly received airborne farce, I’m So Excited (2003), Spanish legend Pedro Almodovar has achieved a return to stylish form with Julieta, currently on release at FACT. Focusing once more on a harmonious ensemble of predominantly female characters to tell a story of heartbreak, loss and identity, this is very much delivered in the fashion of the director’s successful middle period of work, and recalls particularly Women on the Verge of a Nervous Breakdown (1988) and Volver (2006).

The film concerns a life in flashback of the titular character Julieta, played by Emma Suarez and Adriana Ugarte, both Almodovar newcomers, playing the character in her youth and contemporary self. The story, based on a set of short stories by Alice Munro, finds middle aged Julieta (Ugarte) coping with a family trauma, brought on by events that may or may not be her fault.

In an attempt to put things right and also to retrace the events leading up to the start of the suffering, Julietta takes to writing a retrospective journal. This is where the majority of the action takes place in beautifully crafted vignettes, detailing key events in her young life.

Emma Suarez is a revelation, mesmerising in her performance as a young teacher, brought together with fisherman Xoan, (Daniel Grao) in a bizarre turn of events on a train which has deep echoes of Hitchcock in cinematography, score and theme. This has been one of the most recurring observations of the film, and it certainly makes for a richer experience and heightens the suspense.

Surreal images like that of a stag running alongside the train add a magic quality to the film that is much needed as the plot is one of Almodovar’s most pedestrian narratives. Outside of the main plot there is little in the way of narrative hooks (no bullfighting or skin grafting here), characters are a whole lot less colourful than usual and their lifestyles are far from glamorous.

Only Almodovar veteran, Rossy DePalma (Law of Desire ’87 / (Tie Me Up! Tie Me Down! (’89), as Xoan’s matronly housemaid, offers a glimmer of the old Almodovar pantomime campiness, in contrast to the rest of the cast who are working so hard to find a resolution.

Ugarte’s performance as the older Julieta is mature and offers enough contrast to her former self to merit the employment of two actors. In a genius stroke of editing involving a towel, the transition from the young Julieta to the old is utterly believable. Her approach to the character is heart-breaking and immersive, and is further proof of Almodovar’s ability to identify with women so effectively that it has become his stock in trade.

Delve into the world of cinema with our Film section

Cinematographer, Jean Claude Larrieu ensures complete involvement with the characters through exquisite framing and incredible landscapes, as usual all actors are beautiful and immensely watchable. Almodovar is a wonderful commercial artist and the film is a complete package with angular good looking players, stunning wardrobes and simple but stunning titles and promotional artwork.

The only criticism of the film is in the simplicity of the plot, leaving the audience wanting a little more to chew on, there is suspense but it is not essential, A few shock points in the film save it from becoming a little monotonous at times and the resolution is not entirely satisfying.

Maybe Almodovar has pulled back a little too far from his highly criticised overt camp of I’m So Excited and lost some of his trademark charm, and it appears he needs to find that magical balance again.

Julieta is a welcome slice of beautifully presented European cinema, but with its lack of much needed twists and surprises, will not necessarily earn its place in the canon of Almodovar’s finest work.