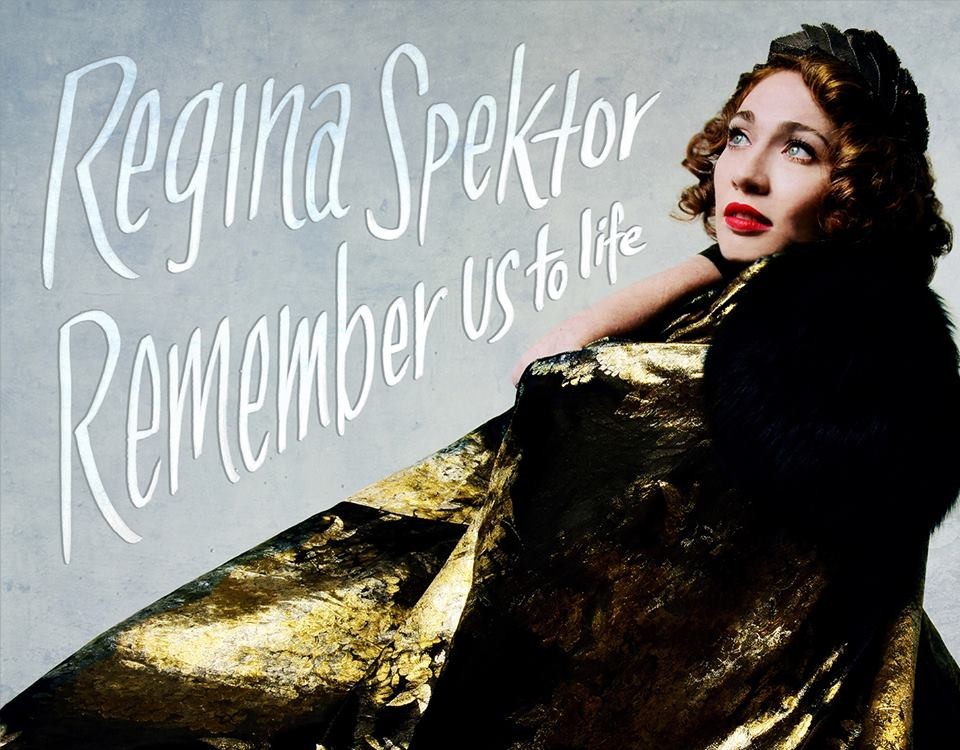 Remember Us to Life artwork

After a four-year hiatus, Regina Spektor is back with a new album and tour, of which, Getintothis’ Tom Konstantynowicz has the details.

The last we heard from Regina Spektor was 2012’s What We Saw From the Cheap Seats and some will certainly recognise her song You’ve Got Time, the theme to hit series Orange is the New Black. Now, following time out to become a parent, Spektor is back with a new album, Remember Us to Life, and a subsequent US and European tour.

Having already released two singles from the record, Bleeding Heart and Small Bill$, Remember Us to Life is set for full release on September 30, with the tour landing in the UK on November 9 including a date at Manchester‘s Albert Hall on November 10.

The new tracks represent something of a shift, with more emphasis on electronic production which was never much of a factor previously. However, for long-time fans there is no need to fret, as Spektor‘s own personal imprints on her songs remain well intact.

The new tour dates are sure to revolve around the 14 cuts that make up Remember Us to Life as well as favourites such as Samson, Us and Fidelity, making this a long-awaited comeback one not to be missed for fans old and new of the New York based singer.