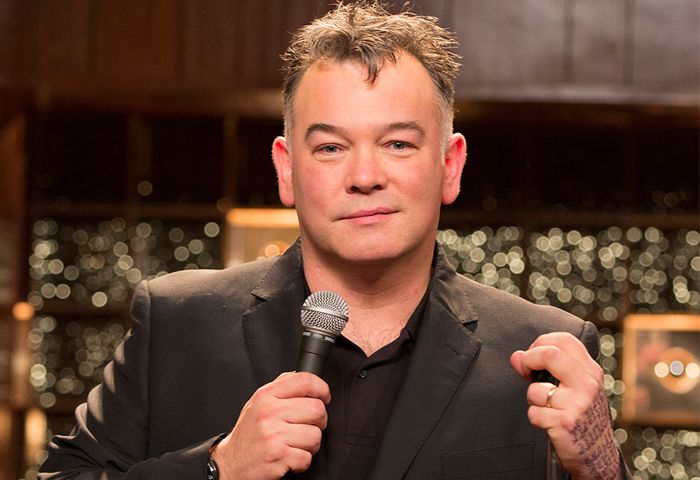 Stewart Lee returns to the Phil

With Stewart Lee’s almost annual visit on the horizon and a new book in his back pocket, Getintothis’ Del Pike gives us the lowdown.

Stewart Lee is back in Liverpool, making an appearance this autumn at the Philharmonic Hall to promote his new book Content Provider.

What is continually surprising about Mr Lee is that despite his many incarnations including one half of comedy legends, Lee and Herring (Fist of Fun, This Morning with Richard not Judy), the writer of the controversial Broadway smash – Jerry Springer The Musical and as a stand up in his own right, voted by Channel 4 viewers as 41st best stand up ever), so many people still don’t know who he is.

Described by himself as resembling a fat Terry Christian, he recently enjoyed late night cult success with his fourth BBC series of Stewart Lee’s Comedy Vehicle, so why has no-one seemingly heard of him?

He’s an anti-comedian of sorts and is unafraid to pour scorn on most other stand-ups, particularly if their first name is Russell, and his biggest influence is the equally anti-comedy legend Ted Chippington. Many of his fans find that liking him makes it incredibly different to like other stand-ups. To be a Stewart Lee fan is to make a commitment tantamount to signing your name in blood.

He’s the closest thing Britain has to its own Bill Hicks and Lee would probably enjoy that accolade, he doesn’t set out to shock, but he is shocking. His bold observational statements are often startling but difficult to disagree with.

Lee’s book is a collection of short pieces that started life as newspaper columns and are now retold with annotations, explanations and corrections. His previous book, How I Escaped My Certain Fate, the Life and Deaths of a Stand Up Comedian, a brutal dissection of his own art is a comedic tour de force, so his latest collection should not disappoint.

If you have not yet enjoyed his unique brand of comedy then Google him now, or better still get yourself down to the Phil on November 2. To be a Stewart Lee audience member can be a bizarre experience, previous shows have seen one half of the auditorium treated like saints, with the rest treated like scum. It’s all part of the fun. He is one of Britain’s funniest comedians and to miss him would be rude. Tickets available now.

Squeezing in dates between a 24 date residency at the Edinburgh Festival (Aug 5-29) and an 8 night residency at the Leicester Square Theatre, London (October 11-20), Stewart Lee will be appearing at the following venues: